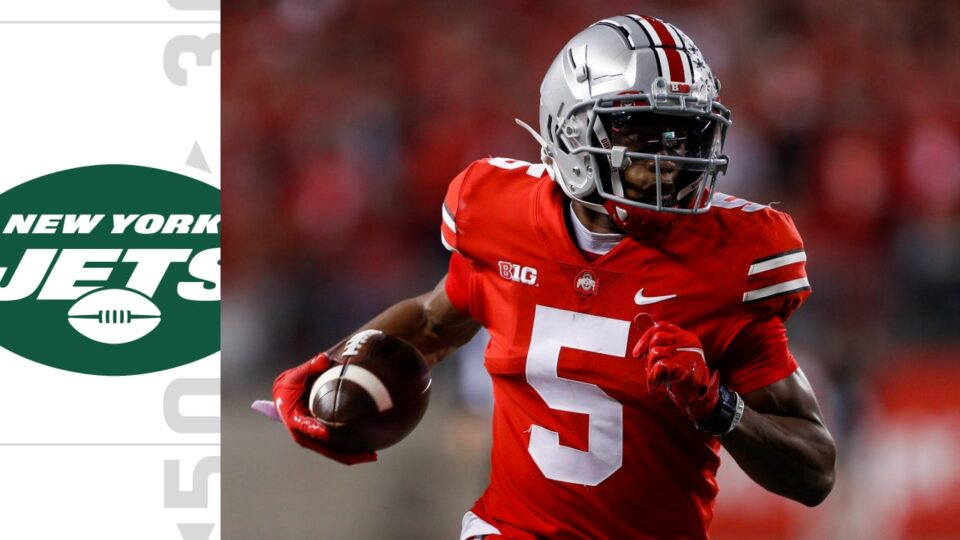 In this four-part series, I’m using my context-based data models to evaluate some of the top draft prospects at four key positions — pass rusher, quarterback, cornerback and wide receiver — while providing a pro comparison and ideal team fit for each.

The goal for the comps: showing some of the strengths, weaknesses and unknown résumé aspects for each prospect, while offering a perspective to approximate how team analytics departments might view the player’s potential NFL impact.

The goal for the team fits: maximizing the draftee’s 2022 win share, factoring in what we know about each team’s personnel, coaches and strategy right now. And of course, as much as possible, I’m aiming to present realistic matches, ones that could actually come to fruition on draft day.

Today, we conclude the series with the receivers …

There are definitely shades of DeSean Jackson here, too, but Jackson had such uniquely fast acceleration (which led to not having to break the type of tackles that Wilson did) that the former Buckeye falls more closely into a Beckham mold, at least for now. Wilson’s ability after the catch and precise route running are reminiscent of prime OBJ.

According to Pro Football Focus, Wilson forced the second-most missed tackles (19) and ranked second in explosive receptions (27) among Big Ten receivers in 2021. He also ranked in the 95th percentile in speed fatigue, which translates to him not tiring out at an elite rate (20-year sample, per Computer Vision).

The Jets managed just 5.87 yards per passing play (28th) and a 36.3 percent third-down conversion rate (27th) in 2021. While there certainly are several factors that matter here (O-line play, QB health, WR health, etc.), part of the cause lies in the lack of available strong wideout play. What Wilson can do in terms of creating separation through effective route running and, even more importantly, what he can do after the catch, changes how defenses will have to honor the pass. That influence on defenses should help with Zach Wilson’s development — and pairs really nicely with Elijah Moore’s skill set.

Williams is a cross between Fuller and Terry McLaurin: He has a similar body and burst off the line as the former, and the route-running prowess of the latter. Computer Vision shows Wiliams’ burst (measured as speed achieved in the first three yards traveled past the line of scrimmage) ranked in the top 10 percent of all FBS wideouts last season, while his acceleration ranked in the top 8 percent. Like Fuller, Williams is able to beat press coverage and quickly make himself a target down field. The former Alabama product hauled in 671 receiving yards on deep passes (20-plus air yards) in 2021, per PFF, trailing only Pitt sophomore Jordan Addison in the Power Five.

The Chiefs love speed. With Tyreek Hill now a Dolphin, Williams has the highest win share of all the draft-eligible receivers (if he plays a full season, which isn’t guaranteed based on his ACL injury).

Mike Evans, Brandon Marshall and even some traits of Jarvis Landry come up as a comps, too, but my models pair the late Vincent Jackson as the strongest match. London led all FBS receivers in contested catches last season (19) and forced the second-most missed tackles (22) despite his shortened season (limited to eight games due to an ankle injury). In fact, he was one of just two players with more than 15 contested catches and more than 20 forced missed tackles on receptions.

Arthur Smith’s ability to create options for his QB becomes significantly easier if his team has an advantage with contested catches. Marcus Mariota’s job becomes a lot more fun if his playmakers can create further problems after the catch.

Olave has the biggest range of pro comps among the consensus top-five receivers, but perhaps the best match is Godwin. My model rates Godwin as a very precise route runner, which is one of the best predictors for success at the next level, and one of the skill sets the two share. Both are fluid down the field and lock in when targeted, serving as reliable and dangerous options in the passing game.

Both Burks and Bryant were asked to run a more concentrated set of routes rather than the full tree. And if Dez was in this year’s draft class, I wouldn’t be surprised if interested teams wanted to feature him out of the backfield on occasion, similar to how Burks projects to be deployed as a pro. Other pro comps range from Alshon Jeffery to A.J. Green and even A.J. Brown to a degree. I feel a little like a broken record here, but Burks’ Computer Vision measurement of his game film shows his play speed fits firmly in the range that would project for above-average and elite NFL production. So, don’t sweat his 40 time (4.55) at the combine! It is true that his route tree experience is different than some of his receiver counterparts, but that is not related to speed. Last season, Burks had the second-best passer rating when targeted in the FBS (155.3), and in the SEC, he posted the fourth-highest YAC total (607 yards) and the fifth-most explosive receptions (25), per PFF.

I have a bit of a mea culpa here: I was too hard on coach Nick Sirianni ahead of last season. Despite very little high-quality wideout play, the Eagles made the postseason by figuring out a way to create just enough offensive variety for Jalen Hurts. With a weapon like Burks, it stands to reason that their wideout creativity could unlock even more.

I’ve seen some team boards where Burks is the WR1 and some that have him at WR7, so it’ll be fascinating to see where he winds up.

Dotson and Lockett’s similarities go beyond just their height (both are under 6 feet), as both know how to maximize their speed depending on the route. When they get a free release off the line of scrimmage, the two pass catchers show exceptional precision and body control. Like the ultra-dependable Lockett, Dotson was sure-handed and dangerous downfield last season, finishing the year as the only player in the Power Five with at least 25 explosive plays and two or fewer drops (he had 26 and two, respectively).

OK, so I don’t think this one will happen … but the fit is so good and the win share is so high. Dotson’s experience in an RPO-heavy offense and the Colts’ solid O-line, which would theoretically lessen his pass-blocking duties, make this match super compelling.

It’s a toss up between Cooks, Golden Tate, a shorter Zay Jones and some Antonio Brown here. But Moore is most similar to Cooks in his overall consistency as a route runner and ability to to create separation. Moore’s 91.8 receiving grade from PFF ranked second in the FBS among receivers and his 3.33 yards run per route was fifth-most (min. 50 targets).

Moore’s presence on the perimeter forecasts for fewer stacked box looks (Daniel Jones and Saquon Barkley say thanks!), helping Brian Daboll and Mike Kafka to conjure up the offensive magic they put on display at their previous coaching stops. If New York is able to scoop up Moore early in Round 2, Giants fans should be elated; he has a ton of upside that could be realized very quickly.

Kamaru Usman, Canelo Alvarez trade shots after ‘Who the f*** is this?’ jab at UFC champ’s manager

How Investing in a Corporate Gifting Strategy Leads to Business Growth