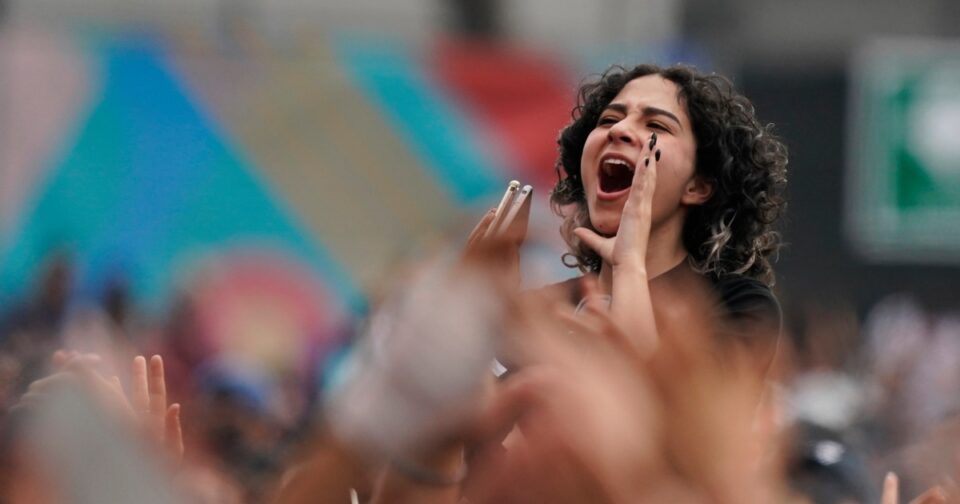 BOGOTA, Colombia — Colombians will soon be going to movie theaters without having to wear face masks. Chile opens its borders next week for the first time in two years. Mexico’s president has declared the pandemic over. And in Rio de Janeiro, tens of thousands attended Carnival parades just two months after the world-famous spectacle was postponed to prevent COVID-19 infections.

Even as coronavirus cases rise half a world away in China and authorities there impose new lockdowns, plummeting infection rates in Latin America have countries eliminating restrictions on mass gatherings, lifting some travel requirements and scrapping mask mandates that have been in place for two years.

The region has been hit hard by the pandemic, with nations like Brazil and Peru registering some of the world’s highest death tolls. But cases and deaths fell this month in most places to lows resembling levels last seen in the first two months of the pandemic.

Some epidemiologists believe vaccination campaigns and months of exposure to different strains of the virus have helped the region’s populations resist new waves of contagion.

“What we appear to be seeing is that while the virus is still circulating, many people are not falling ill or presenting symptoms,” said Fernando de la Hoz, an epidemiology professor at the National University in Bogota, Colombia’s capital.

Last year Latin American countries were pummeled by the coronavirus, with the Delta and Gamma variants — the latter of which emerged in Brazil — infecting millions and killing hundreds of thousands.

In June, Brazil reached 500,000 deaths and seven countries in South America were among the 10 nations in the world with the highest death rates per capita.

Peru is now the only Latin American nation still to have that dubious distinction, according to data compiled by Statista, a market research platform. But even in Peru, COVID-19 deaths have fallen dramatically, from more than 200 a day in February to around 20 by the end of April. Coronavirus intensive care units, packed a year ago, were at just 11% of capacity at the beginning of this month according to the Ministry of Health.

The BA.2 variant of the virus, which spread rapidly through China, the United States and some European countries in March, has not had a significant impact in most of the region so far.

In Colombia, cases are down from 35,000 per day in mid-January, when the omicron variant peaked, to around 250 per day. Daily deaths are in the single digits, and as of the first week of April, just 177 of a total of 10,700 ICU beds were occupied by coronavirus patients, according to the Pan American Health Organization.

“We don’t expect that wave from China to arrive here because our strategy has been different to theirs,” Martha Lucía Ospina, the director of Colombia’s National Health Institute, told radio station La FM this month.

“They shut down contact with the outside world as they aimed for a zero Covid strategy … while we opened up gradually and applied different kinds of vaccines that have generated an interesting mix of immunity,” Ospina said.

Most countries in the region have met the World Health Organization’s target of vaccinating 70% of their people with at least two doses.

As case numbers and hospitalizations fall away, so do many restrictions on social life.

Brazil’s federal government revoked a 2020 measure that declared the pandemic a health emergency, and many states have eased mask mandates and other constraints.

Masks were not required last weekend at the packed Sambadrome, Rio’s Carnival parade ground, which can hold more than 60,000 spectators. Vaccination cards were supposedly a condition for entry, but people had no trouble getting in without them. After being suspended in February, the celebrations were moved to an April holiday.

Colombia’s government announced that starting May 1, masks will no longer be needed at shopping malls, cinemas and other large indoor venues in cities with vaccination rates of at least 70%.

Argentina lifted all travel restrictions in March including for unvaccinated people, and Buenos Aires, the capital, no longer requires masks in any venues.

In Central America, El Salvador stopped requiring them in public spaces as of April 21st.

Masks are also no longer mandatory in most places in Mexico, which has seen daily cases fall from 40,000 in late January to 1,000 in mid-April. President Andrés Manuel López Obrador said this week that the country had entered a “new stage” in which the virus will have seasonal variations.

There is at least one place where infections are rising: In Puerto Rico, cases rebounded after mask requirements and caps on attendance in public venues were lifted March 10, prompting the island’s government this month to once again mandate masks at large events.

The island surpassed 3,000 cases a day this week, according to Johns Hopkins University, up from about 200 per day during the first week of March.

Iván Darío Vélez, a specialist in infectious diseases at Colombia’s University of Antioquia, said new mutations and outbreaks can still happen in the coming months, and governments in the region may have to apply new rounds of vaccinations or take other steps.

“This virus is very unpredictable,” he added. “Governments will have to monitor its behavior closely and take appropriate measures.”

Military aircraft to arrive with baby formula from Europe amid shortage