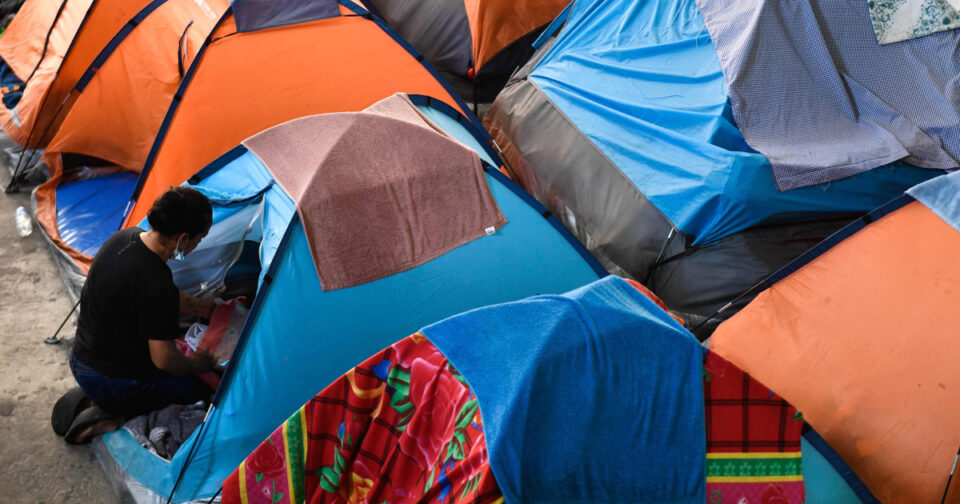 A federal judge on Wednesday ordered the Department of Homeland Security to halt its efforts to dissolve a coronavirus-related border restriction initiated in 2020, potentially derailing the Biden administration‘s goal of rescinding the Trump-era policy by late May.

U.S. District Judge Robert R. Summerhays of the Western District of Louisiana, who said Monday he intended to issue the injunction, barred Homeland Security from taking steps to wind down the policy known as Title 42 over the next two weeks. He also set a May 13 hearing date to determine whether the pause should be extended beyond May 23, when the administration aims to fully rescind the rule, which was initiated by former President Donald Trump.

He said the plaintiffs in the case — mostly GOP-led states — “have established a substantial threat of immediate and irreparable injury resulting from the early implementation of Title 42,” including “unrecoverable costs” pertaining to health care, law enforcement, detention, education and other spending affecting migrants.

A source familiar with the matter said Biden officials are discussing their next steps and whether they will appeal if the judge moves to further block the administration from lifting Title 42.

The source said the judge’s order will not prevent the administration from continuing to plan for lifting the restriction on May 23.

Homeland Security officials told reporters they planned to comply with the judge’s order.

The White House has maintained that the decision to end Title 42 was based on a recommendation from the Centers for Disease Control and Prevention because of the risk of Covid-19 transmission and that it was not meant to be a long-term immigration plan.

Concerns have been raised by Republicans and even some centrist Democrats, particularly those up for re-election this year, about whether the administration is prepared to handle a potential increase of migrants at the border if it allows families and single adult asylum-seekers who had been turned away during the pandemic to enter the U.S. and make asylum claims.

“We inherited a broken and dismantled system that is already under strain. It is not built to manage the current levels and types of migratory flows. Only Congress can fix this,” Mayorkas said. “A significant increase in migrant encounters will strain our system even further, and we will address this challenge effectively, but it will take time.”

Homeland Security is requesting funding to hire an additional 300 Border Patrol agents and 300 more Border Patrol processing coordinators as part of its 2023 budget.

“If enacted, this would be the first increase in the number of Border Patrol Agents since 2011,” Mayorkas said in a memo on the funding request.

About 8,000 migrants are crossing the southern border daily, according to internal Customs and Border Protection data obtained by NBC News. The Biden administration projects that the number would grow to about 12,000 migrants without Title 42.

The public health rule has allowed the federal government to quickly expel immigrants and asylum-seekers since March 2020. It has prevented more than 1.7 million attempts to cross the U.S. border.

Many Senate Republicans bristled at Mayorkas’ proposal Wednesday, a further sign of the GOP’s making immigration a key attack point against Democrats in the midterm elections.

“We already have a crisis at the border,” Sen. Rob Portman, R-Ohio, said at a news conference. “That crisis threatens to become a catastrophe.”

Sen. John Thune, R-S.D., said Republicans will press for a vote in the Senate on Title 42.

“We want to vote. We want to put people on the record whether or not they support this really awful decision by this administration to backtrack yet again on a border policy that has at least had some success in controlling and keeping the number of illegal crossings somewhat under control,” Thune said. “It will flat explode if they move forward.”