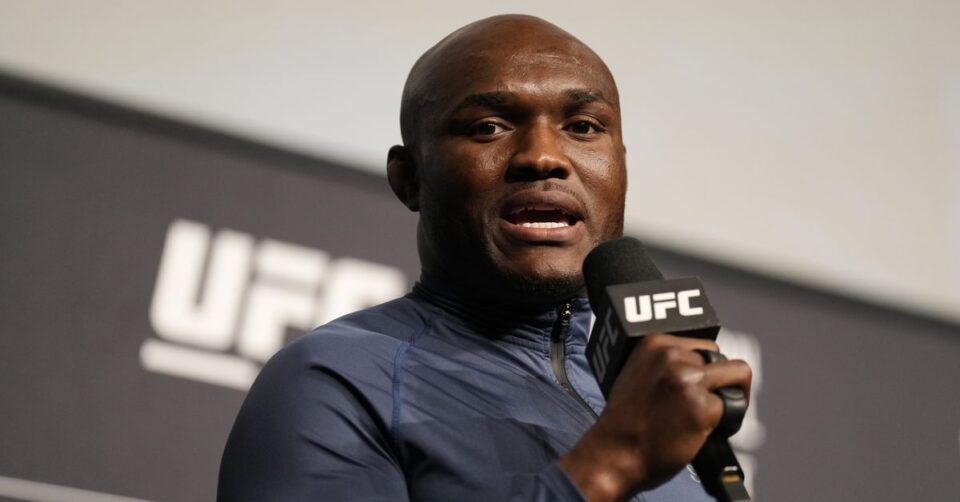 The back and forth between Kamaru Usman and Canelo Alvarez continues.

The two champions, both of whom are widely considered to be the No. 1 pound-for-pound fighters in their respective sports, have been sniping at one another since Usman’s calls intensified to meet Alvarez in a blockbuster boxing match. That dialogue continued on Tuesday when Alvarez responded to a fiery tweet from Usman’s manager Ali Abdelaziz with a quip made famous by another old Abdelaziz rival, Conor McGregor.

“Canelo is an absolute chicken,” Abdelaziz wrote, “he is fighting guys with 5000 followers on Instagram, these guys will never do nothing for his legacy. Now I understand why he doesn’t wanna lose to someone like [Usman], this is chicken style, no risk — no reward.”

“Who the f*** is this?” Canelo responded in a quote tweet with laughing emojis.

That reply only brought out further accusations of “ducking” from Abdelaziz — and also prompted Usman to jump into the fray to defend his manager.

You know who I am, you know what’s the difference between you and @USMAN84kg ? You’ve been ducking GGG for 2 years now, but Kamaru have fought everybody UFC threw at him. I’m being very nice to you, because it’s Ramadan.

“You know who I am, you know what’s the difference between you and [Usman]? You’ve been ducking GGG for 2 years now, but Kamaru have fought everybody UFC threw at him,” Abdelaziz wrote. “I’m being very nice to you, because it’s Ramadan.”

“Let’s just all relax… before somebody gets hurt,” Usman added on Wednesday.

Alvarez ultimately ignored Abdelaziz’s latest salvo, though it didn’t take him long to respond to the UFC welterweight champion.

“I agree cuz it will not be me,” Alvarez wrote in response to Usman’s threat.

Usman is expected to compete again later this year in a title rematch against Leon Edwards at a yet-to-be-determined date, while Alvarez is scheduled to face Dmitry Bivol on May 7.

But could a matchup between the two champions ever actually come together?

On a recent appearance on The MMA Hour, Alvarez told MMA Fighting that he isn’t exactly ruling out the possibility, though he obviously has more pressing matters to address first.

“Maybe. Why not?” Canelo said told MMA Fighting regarding the potential matchup. “You never say no. My trainer told me about it and I said, ‘Well, if you say.’”

You calling me out right ? You want the pay day right ? So you know where, but sit down it’s not your turn yet I have a legacy to make https://t.co/4oMQ0LOq1m

Poll
Would a Usman vs. Canelo boxing match interest you?