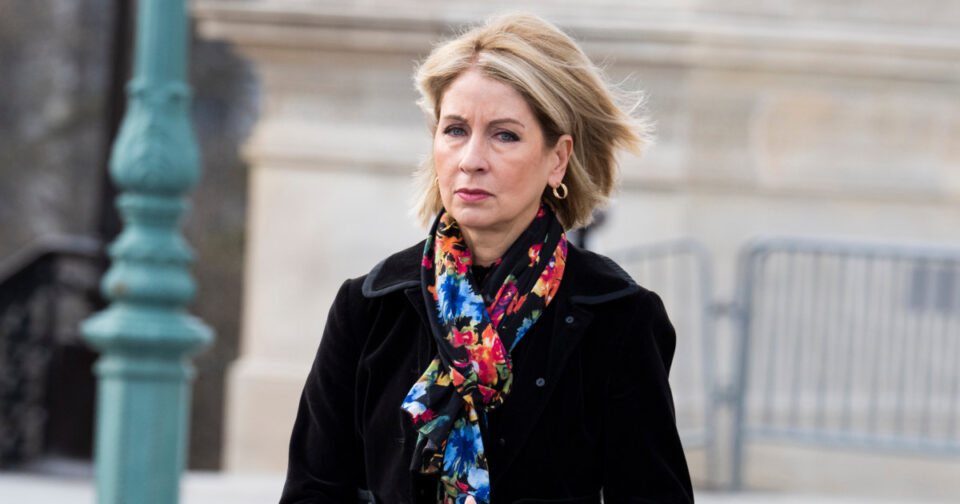 A visit by Trump before the June 28 primary would give Miller a big boost in the newly drawn horseshoe-shaped 15th Congressional District, which includes some rural areas and suburbs of St. Louis.

In a brief interview outside the Capitol this week, Miller said that she had recently spoken with Trump and that he had promised he would stump for her.

Asked when he planned to visit, Miller replied: “June.”

The Trump team did not confirm a trip to Illinois. Trump spokesman Taylor Budowich said Miller is holding a fundraiser at Trump’s Mar-a-Lago resort in Florida on Wednesday night and that Trump plans to stop by.

Davis and Miller, both Trump allies, are in a rare member-on-member primary race brought on by the decennial redistricting process. Miller, who was elected to Congress in 2020, is a member of the far-right House Freedom Caucus; Davis, who co-chaired Trump’s 2020 re-election campaign in Illinois, is a former leader of the more centrist, business-friendly Republican Main Street Caucus.

Davis is also an ally of House GOP leader Kevin McCarthy of California, who named him the top Republican on the House Administration Committee. The panel has oversight of security of the U.S. Capitol, and Davis was one of 35 Republicans who joined Democrats in voting to create a bipartisan 9/11-style independent commission to investigate the Jan. 6 riot.

Davis’ campaign has attacked Miller for not living in the new district, calling her a “carpetbagger and Chicagoland native” who appears “desperate to stay in Congress.” His campaign has also gone after Miller for a speech she gave in Washington last year when she said: “Hitler was right on one thing. He said, ‘Whoever has the youth has the future.’ Our children are being propagandized.”

She apologized for the remarks.

Informed about Trump’s potential visit to Illinois, Davis replied: “I’m going to continue to travel the district to talk about my conservative credentials, my record of working with President Trump when he was president to lower taxes, attack student debt and also fund our military.”

Asked whether it was a mistake for Trump to endorse Miller instead of him, Davis replied: “I think so.”

Davis has already secured endorsements from Reps. Darin LaHood and Mike Bost and former Rep. John Shimkus — all Illinois Republicans. Rep. Marjorie Taylor Greene, R-Ga., a conservative firebrand, had urged Trump to throw his support behind Miller, which he ultimately did Jan. 1.

Jonathan Allen is a senior national politics reporter for NBC News, based in Washington.

5 dead, including suspect, after hotel shooting, carjacking in Mississippi

How Government and Business Can Tackle Big Global Crises Together