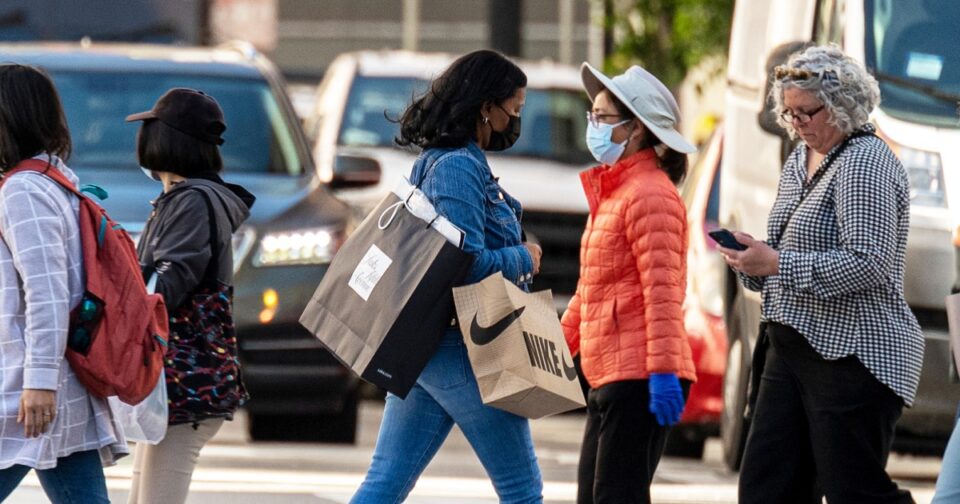 WASHINGTON — The U.S. economy shrank last quarter for the first time since the pandemic recession struck two years ago, contracting at a 1.4 percent annual rate, but consumers and businesses kept spending in a sign of underlying resilience.

The steady spending suggested that the economy could keep expanding this year even though the Federal Reserve plans to raise rates aggressively to fight the inflation surge. The first quarter’s growth was hampered mainly by a slower restocking of goods in stores and warehouses and by a sharp drop in exports.

The Commerce Department’s estimate Thursday of the first quarter’s gross domestic product — the nation’s total output of goods and services — fell far below the 6.9 percent annual growth in the fourth quarter of 2021. And for 2021 as a whole, the economy grew 5.7 percent, the highest calendar-year expansion since 1984.

The economy is facing pressures that have heightened worries about its fundamental health and raised concerns about a possible recession.

Inflation is squeezing households as gas and food prices spike, borrowing costs mount and the global economy is rattled by Russia’s invasion of Ukraine and China’s Covid lockdowns.

‘This is not okay in America’: Buffalo community mourns as vigils held for victims of racist mass shooting