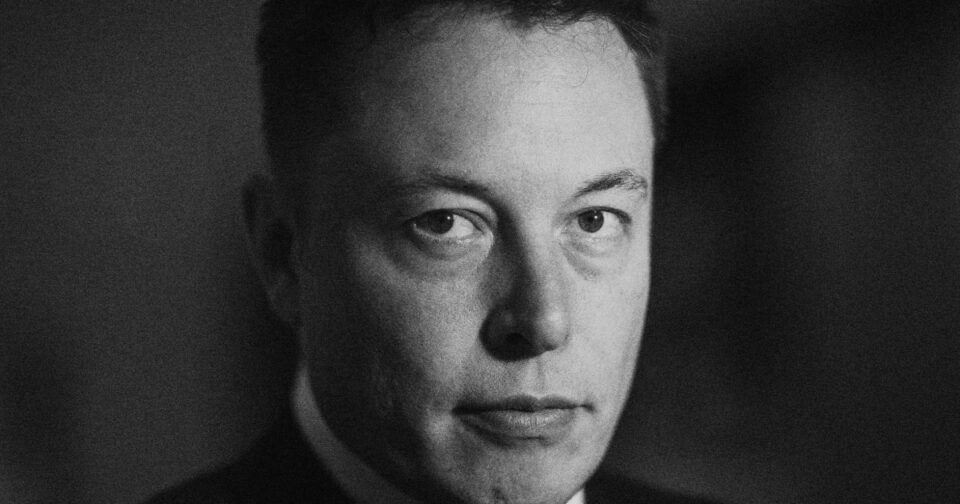 WASHINGTON — A climate hawk who immigrated to the U.S. in his 20s just struck a deal to buy Twitter — and some liberals are furious.

Elon Musk went from an obscure businessman to a polarizing Tesla billionaire and his promise to change Twitter after he completes his $44 billion purchase of the social media platform triggered an outpouring of admiration from the right and outrage from the left.

Musk left South Africa for Canada at age 17 to dodge mandatory military service, saying in an interview that he wanted to avoid “spending two years suppressing Black people.” He moved to California at 24 on a temporary worker visa and was later naturalized as a U.S. citizen.

Under his leadership, Tesla has taken electric cars from a political statement to a status symbol, turning the high-tech cars into a must-have for the nation’s elite regardless of what they think of the state of climate change.

Some climate advocates — who see Musk as having made real gains in reducing the nation’s dependency on fossil fuels — wonder why Musk, of all the world’s billionaires, has touched such a nerve on the left.

“I think many people are attracted to climate solutions because they promise not just less carbon, but also a more equitable, democratic and just society. The fact that the greatest electric car manufacturer in the world is a libertarian edgelord billionaire rather than, say, a worker owned co-op, flies in the face of that,” said Jamie Henn, a veteran climate activist and communications consultant.

As CEO of Tesla, Musk has helped take electric vehicles from a niche product to a mainstream one — 75 percent of electric vehicles sold from January to March were Teslas, and automakers now say more than half of all U.S. car sales in 2030 will be EVs — and Tesla’s solar panels are on the roofs of thousands of U.S. homes.

But for some on the left, Musks’ provocative words have overshadowed his climate-friendly actions.

His soon-to-be-acquired Twitter is full of left-leaning public figures vowing they will never buy a Tesla because of their personal distaste for Musk, from tennis star Martina Navratilova to the chairwoman of the Nebraska Democratic Party and many more.

Alex Trembath, deputy director of the Breakthrough Institute, which promotes technological solutions to climate change, says Musk makes some progressives and others on the left uncomfortable because he forces them to confront the inconvenient truth that solving climate change will require them to engage with Americans they find objectionable.

“I don’t want endorse everything about Elon Musk’s personality or tweets or anything, but I think it does force the conversation that climate-friendly products need to appeal to different types of people and coalitions than coastal climate hawks and that is just true, period. Elon Musk forces progressives to deal with that, and that causes them to freak out,” Trembath said.

The climate issue is so polarized, he added, that climate advocates tend to be the kinds of people who also support the social justice causes that Musk loves to mock and who are concerned about any wealthy person acquiring too much power.

“And that’s true if they got rich selling solar panels and electric vehicles instead of cigarettes and oil or whatever,” Trembath said.

And while many on the left see capitalism and consumerism as the root causes of climate change, Musk is an Ayn Randian industrialist who makes cars that foreground their features, not their eco-friendliness. The Model S selling points are its 200 mph top speed and ability to fit golf clubs or a bike in the back — not the unused fossil fuels.

“He’s made very consumerist products in a way that offends the sensibility of a lot of climate activists who think we need to be tightening our belts,” Trembath said. “He wants everyone to have a high-consumerist lifestyle and a low-carbon one, and it just creates so much friction.”

Some even wonder if Musk’s trolling of liberals will make electric vehicles more culturally acceptable to conservatives, intentionally or not.

“I still have the theory that he leans into the anti-wokeness to sell EVs to conservatives,” said Iowa state Sen. Zach Wahls, an extremely online Democrat and LGBTQ activist. “Buy an electric car to trigger the libs!”

Whether the theory is correct, major automakers are nonetheless playing catchup to Tesla and offering cars that appeal to people who may never be caught dead in a Prius.

“The deeper problem may be just that [buying Twitter] distracts him from the actually useful work he might otherwise accomplish,” said Bill McKibben, the writer and climate activist who founded the group 350.org. “Imagine dividing your time between the clean energy revolution and monitoring food fights in the junior high cafeteria.”

GM just announced an electric Corvette while Ford prioritized electrification of its enormously popular F-150 pickup truck, producing a hulking behemoth of an EV that doubles as a generator and is meant to fit in among the mud-splattered trucks at a job site, not a compact spot at Whole Foods.

Benji Backer, the millennial founder of the American Conservation Coalition, which seeks to be a home for right-leaning and libertarian young people who care about the environment, said Musk is helping bridge the gap between the left and the right on climate issues.

“Unless you’re marching in the street for climate change, which is the minority of even young Americans, you want to be inspired and uplifted to engage in climate, and he’s doing that,” Backer said. “Job creation, American-made products, and you have this incredible innovation that shows what a low-carbon future could look like. And it’s exciting!”

Backer spent much of last year touring the country in a Tesla and said people were interested in the car wherever he went — simply because it’s cool.

“I’ve probably driven a Tesla more places than anyone in America and I saw the potential that it had,” he said, mentioning how people crowded around him in one small South Dakota town to ask questions about his car.

To be sure, liberal antipathy for Musk may be mainly — and ironically — confined to people who spend much of their time on Twitter.

Polls have indicated Musk is broadly popular with the general public, with similar favorability numbers among both Republicans and Democrats.

Among Twitter users, however, 77 percent of Republicans are excited about Musk’s purchase compared to just 22 percent of Democrats on the platform, according to a survey from the market research firm Momentive, a notable finding because Twitter’s user base skews Democratic.

“Look, if the byproduct of Elon Musk’s behavior and personality is that liberals buy other types of EVs and some folks on the conservative spectrum buy Teslas, that’s a positive development we should all applaud and cheer on,” said Jamal Raad, a co-founder of the climate advocacy group Evergreen Action and a former aide to Washington Gov. Jay Inslee, a Democrat.

“We’re going to need everyone across the political spectrum to buy into this transition,” Raad added.

What to know about Ukraine today: Russia’s assault in the east, Zelenskyy’s Davos talk and the first war crimes verdict