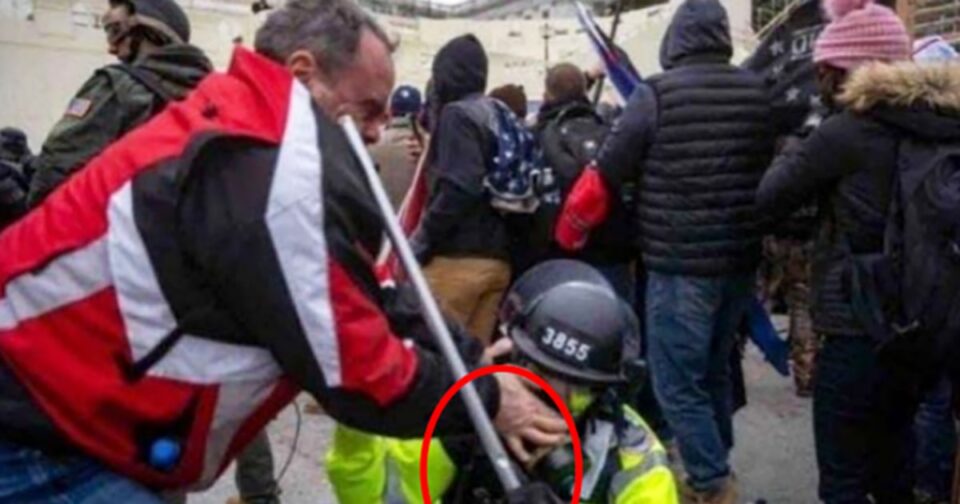 WASHINGTON — A former New York City police officer facing felony charges for attacking a D.C. police officer during the Jan. 6 riot told jurors Thursday that he had grabbed the officer’s gas mask to help him “see my hands.”

Thomas Webster, a Marine Corps veteran who retired from the New York City Police Department after a 20-year career in law enforcement, spent several hours on the stand answering questions about why he swung a flagpole at an officer protecting the U.S. Capitol and why he grabbed that officer’s gas mask as he tackled him.

“I wanted him to see my hands, and I pushed against his gas mask,” Webster, 56, told jurors.

The Metropolitan Police officer who Webster attacked, Noah Rathbun, testified this week that he struggled to breathe as Webster grabbed his gas mask, causing the strap to press against his throat.

Webster is the fourth Jan. 6 defendant who case has been heard by a jury. Each of the previous defendants — Dustin Thompson, Thomas Robertson and Guy Reffitt — were found guilty on all counts.

But a federal defense contractor with a top-secret security clearance who admitted he entered the Capitol on Jan. 6, 2021, was acquitted this month by a federal judge after a two-day bench trial.

Nearly 800 defendants have been arrested in connection with Jan. 6, and more than 250 have pleaded guilty. The FBI has hundreds more cases in the works.

Webster, who supported former President Donald Trump, testified that he was “upset” about the 2020 election results and was aware of “inflammatory” claims about the election’s being stolen. He said he “really got worked up” by seeing people on the Capitol lawn who were injured by police projectiles as law enforcement tried to control the pro-Trump mob.

Webster’s central claim is that Rathbun incited and taunted him. In video of the incident, Webster, who was already retired from the police force on Jan. 6, pushes a barricade against Rathbun and tells him to “take his s–t off.” He also claimed that Rathbun gestured in a way that invited him over the barricades, calling it “an obvious taunt.”

After Webster pushed the barricade at Rathbun, he swung his flagpole at the officer. Webster said he did so out of “pure frustration.” Attempting to explain why he tackled Rathbun, Webster claimed that he was punched, although videos show Rathbun only making open-palmed contact with Webster after he pushes the barricade.

Webster said he thought Rathbun “really wants to fight me.”

“I almost felt like I was the cop and he was the protester,” Webster added.

Webster downplayed the force he used against Rathbun, claiming that he purposefully struck the metal barrier with a flagpole rather than the officer, and called it a “schoolyard” fight. But he played up the open-palm contact Rathbun made with his face, saying that he felt he’d been hit by a freight train and that he was seeing stars after the impact. Webster called it “one of the hardest hits that I’ve had,” adding, “I’m not exaggerating.”

Webster said he “had a clear conscience” about the fight when he talked to the FBI. He was later seen on video saying “send more patriots” as rioters continued trying to take over the Capitol. Webster dismissed the remarks in court, arguing that he made them only because he wanted 15 minutes of fame.

“I just said something silly just to get on camera,” Webster said. “I didn’t mean it literally.”

The trial continues Friday with more witness testimony, followed by closing arguments. The jury could begin its deliberations as early as Friday.

Jillian Frankel is an associate producer for NBC News and MSNBC.