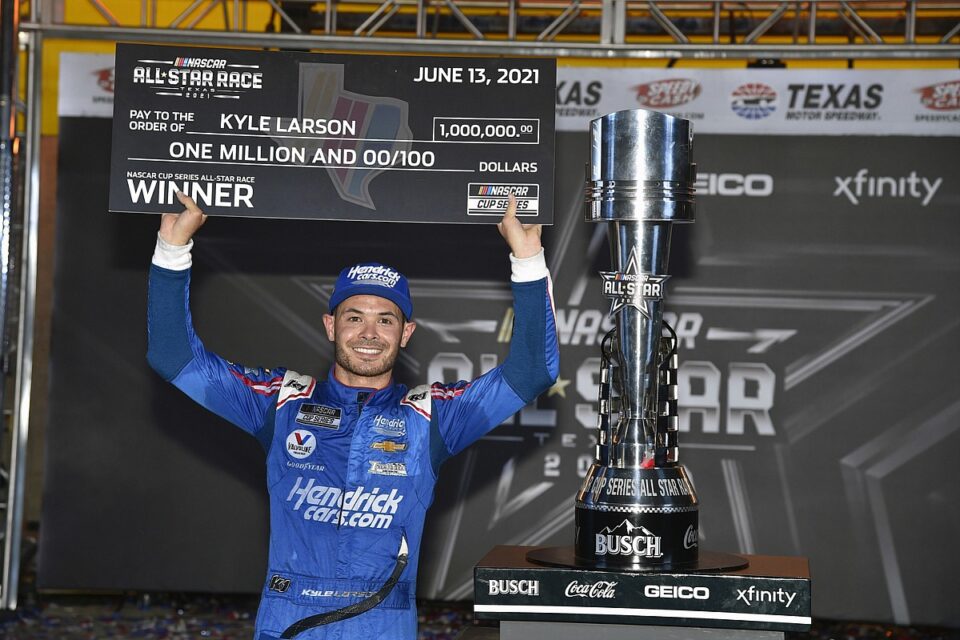 The annual exhibition race will feature four segments with a total of 125 laps and will be broadcast live on Fox Sports 1 at 8 p.m. EST.

The All-Star Race format The new All-Star format provides a major incentive to win any of the opening three stages or the pit stop competition during the break between Stages 2 and 3.

STAGE 2 (25 laps): Stage 2 winner starts second in final stage as long as he finishes 15th or better in Stage 3.

SPECIAL STAGE BREAK/Pit Stop Competition: Each team must pit and perform a four-tire stop. The team with the shortest time on pit road (pit in/pit out) wins the pit crew award and the driver will start fourth in the final stage as long as he finishes 15th or better in Stage 3.

“The NASCAR All-Star Race highlights our best athletes – from the driver to road crew to the pit crews – and this year’s edition brings that to another level,” said Scott Miller, NASCAR Senior Vice President for Competition.

“Fans will have a full weekend of exciting competition starting with a unique qualifying format and an All-Star Race that features the top talent in our sport.”

The most prominent twist this season will come in the form of a four-round qualifying format for the All-Star Race that includes head-to-head elimination rounds and the pivotal role of the pit crews.

Qualifying format – Opening round is the traditional single-car, one-lap format in reverse order of the current 2022 owner points.

– At the sound of an alert, each pit crew will perform a four-tire stop and, at the drop of the jack, drivers will exit their pit stalls (with no speed limit) onto the track.

– First car back to the start/finish line advances to the next round.

– Final pairing competes for the pole.

Fans can vote for their favorite driver who has not qualified for the All-Star Race by visiting NASCAR.com.

Palou confident that Honda is still a match for Chevrolet