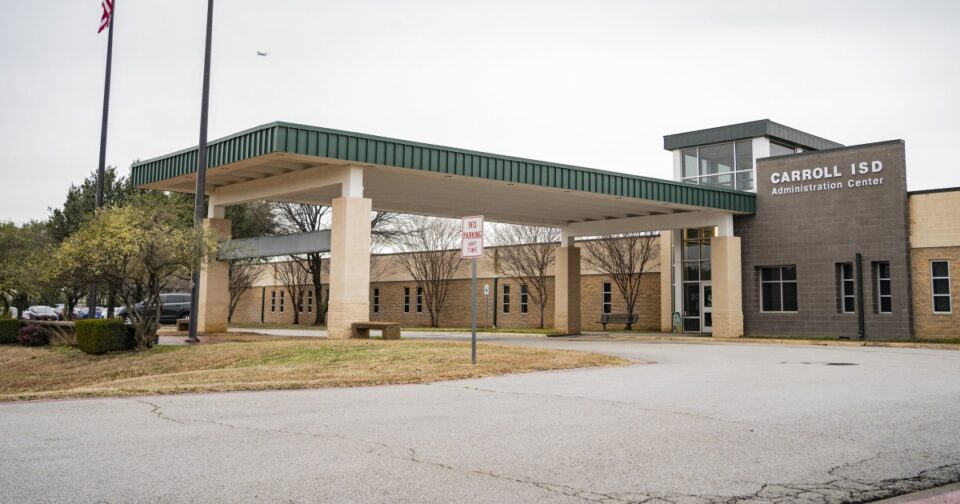 Seven months after teachers at the Carroll Independent School District in Southlake, Texas, went public with their concerns about an administrator’s advice to balance books on the Holocaust with titles that show “opposing” perspectives, district employees this week discovered that a new clause had been added to their annual employment contracts, listed under the heading: “Non-Disparagement.”

“You agree to not disparage, criticize, or defame the District, and its employees or officials, to the media,” it read.

Four Carroll teachers, speaking on the condition that they not be named because they feared retaliation, said they were disturbed by the new contract language.

“Only a district that is knowingly doing something wrong would choose to silence its entire staff,” one of them wrote in a text message to a reporter on Thursday.

“I hadn’t yet decided if I was going to leave, but it seems the district decided for me!” another wrote.

Officials for both the National Education Association and the Texas State Teachers Association, unions that represent teachers nationally and across Texas, condemned the contract language as an attempt to silence teachers.

“This is the first time we have heard of a school district putting that language into a teacher contract,” said Clay Robison, a spokesman for the Texas State Teachers Association. “It is a rejection of a teacher’s fundamental First Amendment rights. A teacher also is a taxpayer, who is entitled to criticize a public school district.”

Michael Leroy, a labor law expert at the University of Illinois Urbana-Champaign, said that prohibiting public school employees from criticizing their district “is absolutely indefensible under the Constitution,” adding that the new clause in Carroll’s teacher contracts is “clearly unconstitutional. I mean, that’s not even a close call.”

Nondisparagement clauses are more common in the employment contracts of private companies, which are not subject to the First Amendment, Leroy said.

A spokeswoman for the Carroll school system, about 30 miles northwest of Dallas, did not immediately comment on the new contract clause.

Southlake’s schools have been the focus of national media coverage in recent years, particularly the district’s handing of students’ allegations of discrimination and bullying. That has placed the city at the center of a growing political battle over school programs, books and curricula on race, gender and sexuality that some conservatives have labeled critical race theory.

In 2018, leaders in the Carroll school system promised and ultimately failed to make sweeping changes to address racism in the district following the release of a video of white high school students chanting the N-word. After the video went viral, dozens of parents, students and recent graduates came forward with stories of racist and anti-LGBTQ harassment at Carroll, a majority-white district that has grown more diverse in recent years.

Since then, conservative candidates supported by Southlake Families PAC, a group formed to defeat the diversity plan, have won majority control of the Carroll school board and voted to kill the plan.

Carroll was back in the national spotlight in October, after a district administrator was secretly recorded advising teachers that if they have a book about the Holocaust in the classroom, they should also offer students access to a book from an “opposing” viewpoint. The instruction was meant, in part, to help teachers comply with a new Texas law that requires educators to present multiple perspectives when discussing “widely debated and currently controversial” issues.

News of the comment drew international outrage, including from Holocaust survivors, and the district later apologized and walked back those instructions.

That story came to light after more than a half dozen Carroll teachers spoke to NBC News on the condition of anonymity. In the months since, some parents in Southlake have attempted to uncover the identities of the teachers who spoke to the media and have called on district leaders to fire them, according to social media posts and emails reviewed by NBC News.

A month later, in November, the Carroll school board voted to amend district policy to prohibit employees from secretly recording school district business. There was no school board vote to add the new nondisparagement clause to teacher contracts.

Robison, the teachers union spokesman, said the clause “seems designed to protect districts from embarrassment over mistakes in judgment and discourage teachers from speaking out over poor educational decisions.”

Alice O’Brien, general counsel at the National Education Association, connected the clause to the nationwide effort to limit the ways teachers talk about racism and sexuality in the classroom, writing in a statement, “Instead of censoring the truth, let’s focus on addressing the real issues facing Texas students, starting with paying educators more and making sure students have the resources they need to succeed.”

Leroy, the University of Illinois law professor, said the nondisparagement clause appears to violate a half-century-old U.S. Supreme Court precedent that established the right of government employees to speak on matters of public importance, even if it means criticizing their employer.

In that 1968 case, Pickering v. Board of Education, the court found that a school district in Illinois violated a teacher’s First Amendment rights when it fired him for writing a letter to a local newspaper criticizing the school board for prioritizing funding for athletics over teacher salaries.

“If a teacher, and for that matter if a public employee, is speaking on a matter of public concern, it is protected speech,” Leroy said, noting that the only time he’s seen government employees asked to sign a nondisparagement clause has been in settlement agreements after public employees have been fired, not as a condition of their employment.

Two other labor law experts agreed that a blanket ban on teachers criticizing a public school district is probably unconstitutional.

A Carroll teacher, texting a reporter from her lunch break, summarized her reaction to the new contract language this way: “It seems like if we say anything to anyone then we’re screwed. What happened to freedom of speech?”

CORRECTION (April 28, 2022, 7:21 p.m. ET): A previous version of this article misspelled the name of the Texas State Teachers Association spokesman. He is Clay Robison, not Clay Robinson.