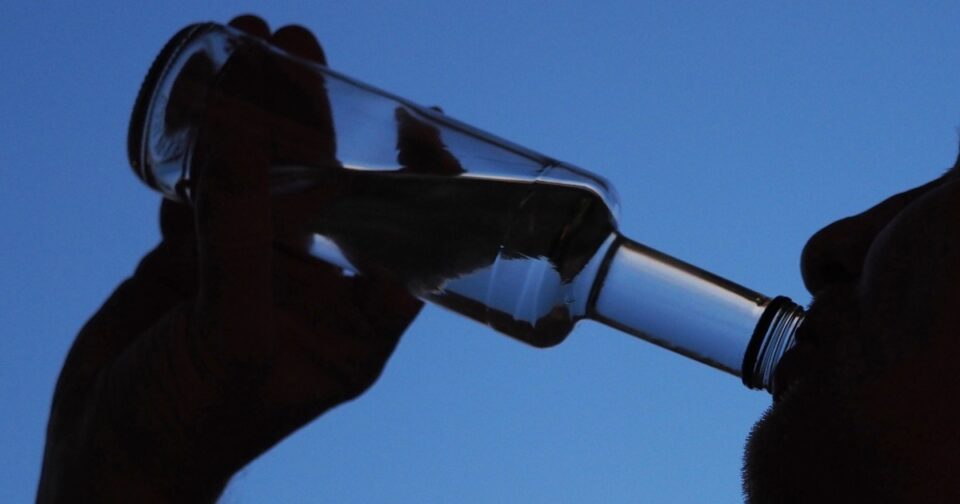 Alcohol-related deaths spiked 25 percent during the first year of the pandemic, according to National Institutes of Health research published in March. And alcohol-related emergency department visits accounted for about a 13 percent larger share of all emergency room visits compared to the years before the pandemic began, according to another study due to be published in June by researchers with the Centers for Disease Control and Prevention.

I know firsthand how unsettling one of those visits can be.

I was grateful for his help, but dismayed that this was the first I was hearing of medication after years of binges, blackouts and bad decisions.

In the psych ER, the lights are bright, the colors muted, the voices low. Though the door is locked and guarded, despair creeps in.

The hospital staff treated my acute anxiety with empathy and expertise. They reassured me that my most distressing symptoms were likely the result of alcohol hijacking my nervous system rather than the onset of severe mental illness. They encouraged me to go home and get some sleep. I walked out of the hospital with a prescription for benzodiazepines — drugs that thankfully quelled the anxiety that would spike periodically in the following days.

I wish I could say my underlying addiction was treated with the same level of effectiveness. Instead, I was told by a psych ER nurse: “You need to stop drinking. If you don’t quit, you will crave alcohol more and more until it’s the only thing you can think about. You will become so addicted that you will walk away from your job in the middle of the day just to get your next drink.”

Her grim prognosis was surely informed by her experience. But it wasn’t helpful to me.

I wasn’t ready to quit drinking and didn’t believe I had the willpower to do so on my own. I was too ashamed to check into rehab and couldn’t imagine going to Alcoholics Anonymous. Regular meetings, admitting powerlessness and turning my life over to God didn’t feel like steps I could take, as much as they have helped millions of people with alcoholism.

I didn’t heed the nurse’s suggestion to quit cold turkey. But it was the only advice I received for years and years on how to deal with my addiction — from therapists, doctors and well-meaning friends.

Eventually, I found my way to a primary care physician who specialized in addiction. He advised me that there were other ways to treat alcohol use disorder — namely, medication. He supported my goal of moderation rather than abstinence and explained that some medications were compatible with cutting back on drinking rather than quitting. Finally, he didn’t put any conditions on my access to medication (like going to rehab or mutual support groups I wasn’t comfortable with). Instead, he took out his prescription pad, encouraged me to make a plan to drink less and scheduled a follow-up appointment.

I was grateful for his help, but dismayed that this was the first I was hearing of medication after years of binges, blackouts and bad decisions.

I wasn’t the only one in the dark. More than 14 million American adults have alcohol use disorder. Yet less than 2 percent of them are prescribed medications approved by the Food and Drug Administration to treat the problem, according to a study NIH scientists published last summer.

Health care professionals need to treat addiction like the chronic medical condition it is. The National Institute on Alcohol Abuse and Alcoholism agrees. For example, it advises primary care providers to screen all of their patients for alcohol problems and “consider adding medication whenever you’re treating someone with active alcohol dependence.” Too often, however, providers limit themselves to stabilizing patients’ acute symptoms (as the ER team did for me), treating co-occurring disorders like depression and anxiety without addressing drinking directly (as my therapists did) or failing to treat the issue entirely.

Consider that 80 percent of people who meet the criteria for alcohol use disorder reported seeing a health care professional in the past year, according to a study last year from the Washington University School of Medicine in St. Louis. Seven in 10 of them were asked about their alcohol consumption. But just 6 percent reported receiving treatment or counseling.

Meanwhile, as of 2010, only 15 percent of emergency departments have formal protocols in place to screen for alcohol use disorder and offer even brief interventions, such as advising patients on guidelines for healthier drinking and connecting them to treatment providers in their community. Fewer still connect patients with medication — even though a study published in 2020 in the Journal of Addiction Medicine indicated that emergency department interventions can reduce readmissions to the ER by more than 80 percent over the next month.

My addiction medicine specialist eventually prescribed me naltrexone, a drug approved by the FDA nearly 30 years ago and recommended in leading clinical guidelines as a front-line treatment for alcohol use disorder. The largest ever study of pharmacotherapy for alcohol problems found that naltrexone can help people with alcohol problems reduce drinking as much or more than specialty behavioral therapy.

There are many reasons why safe, effective medications for treating alcohol use disorder aren’t prescribed as often as they could be.

Naltrexone works by cooling off the pathways in the brain that make drinking pleasurable and rewarding for many addicts like me. Although responses to naltrexone vary, taking it daily has been nothing short of transformational for me. I no longer feel a rush of excitement when I have a drink, I no longer feel compelled to drink more and more, and I finally have regained control over alcohol. (Disclosure: I am now the CEO of Oar Health, a telemedicine platform that helps people with alcohol use disorder get access to naltrexone.)

Two other medications are also approved for the treatment of alcohol addiction. Disulfiram acts as a deterrent to drinking by inducing sickness if alcohol is consumed and is most effective when taken under supervised conditions. Acamprosate can help people maintain abstinence, though its mechanisms are less well understood.

There are many reasons why safe, effective medications for treating alcohol use disorder aren’t prescribed as often as they could be. Stigma still prevents some people from seeking treatment. There is a national shortage of physicians with a specialty in addiction medicine or addiction psychiatry. And some rehabilitation, counseling and mutual peer-support programs lack prescribers on staff.

But, as my experience shows, health care professionals must take responsibility to treat the patients who turn to them for help in whatever setting they show up. We can dramatically reduce the suffering and damage caused by alcohol misuse if we treat all patients with empathy, recognize alcohol use disorder for the chronic condition that it is, and use all of the tools at our disposal to treat it, including safe and effective medications.