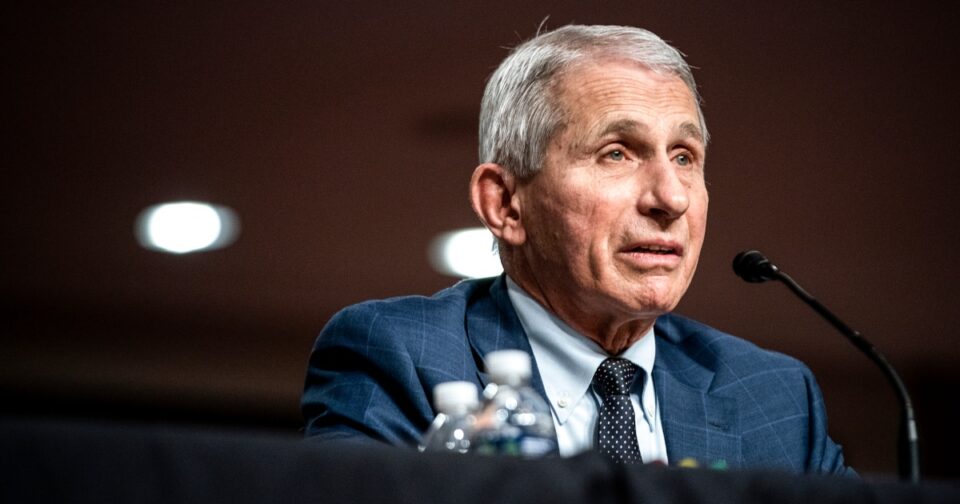 In an interview on PBS’s “NewsHour” on Tuesday, Dr. Anthony Fauci, the president’s chief medical adviser, stated that the U.S. is “out of the pandemic phase” of Covid-19, leading to national news stories and social media commentary declaring an end to the pandemic. The next day, Fauci tried to clarify to The Washington Post that we’re “out of the full-blown explosive pandemic” but that “that does not mean the pandemic is over.”

‘Clarify’ means ‘to make clear,’ like skimming impurities from a glistening broth. But what Fauci said isn’t soup. It’s sludge.

In attempting to clarify his original comments, Fauci probably added to Americans’ anxiety and uncertainty, with vague statements like: “We’re really in a transitional phase, from a deceleration of the numbers into hopefully a more controlled phase and endemicity.” The same day, he told NPR that “we are no longer in the acute fulminant accelerated phase of the outbreak.”

“Clarify” means “to make clear,” like skimming impurities from a glistening broth. But what Fauci said isn’t soup. It’s sludge. You could keep poring over what he said on either day, asking yourself — what am I supposed to do?

Unfortunately, this is just the latest public health communication gaffe about Covid, and collectively these missteps have contributed to an erosion of trust in our public health leaders. Fauci reported no new data this week that would indicate a change in the pandemic’s status. He also didn’t explain what criteria would determine when we’ve reached a “controlled phase” or what it would look like if we slipped out of it. He certainly didn’t offer any helpful definitions for the terms he used. We are public health professionals and have no idea what some of them mean, and using language that few people — if any — understand or relate to is the epitome of poor science communications.

And in what capacity was Fauci speaking? Was this his own opinion or analysis, or was he sharing a formal position of the federal government across all agencies that the “pandemic phase” had ended? Regardless of the answer, his statements and the resulting news coverage suggest that Covid is easing up and we can, too, which threatens to undermine emergency funding for public health and the ongoing efforts of state and local public health agency staffers to combat the continuing spread of the virus and encourage people to get vaccinated.

There are still more than 40,000 new cases daily, and the number of cases is back on the rise. While the number of deaths and hospitalizations has declined significantly since vaccines became available, nearly 400 people are still dying from Covid every day. People with chronic diseases (about 60 percent of Americans), people with disabilities and children under 5 years of age remain vulnerable.

Instead of debating terminology like “pandemic,” “endemic,” “full-blown” or “controlled,” we need to focus on promoting vaccination and other actions we know will help control the spread of the virus. That includes communicating honestly about what we do and don’t know and telling Americans what they need to know in language they can understand.

This lack of clarity about Covid, in both the data and the messaging, creates confusion at all levels of government and for business leaders who are making decisions about reinstating mask mandates based on their local numbers. And it makes it harder for people to understand and manage their own risks, including those who have children under 5 or other family members who can’t be vaccinated.

Despite what anyone says about the end of the pandemic, the virus definitely won’t be listening. Everyone still needs to keep an eye on their local data, listen to their state and local public health agency leaders, make sure they are fully vaccinated and consider wearing masks for an additional layer of protection.

Beyond specific recommendations and whether they are followed, federal officials who don’t coordinate their communication and present information carefully with scientific backup pose another danger: They give ammunition to people who seek to spread disinformation and undermine public health authority. Right on cue, Tucker Carlson on his Fox News show Wednesday night took shots at not just Fauci but also the field of public health, saying: “There has probably never been an institution in this country more thoroughly discredited than the field of public health is right now. At this point it’s almost impossible to take any of these people seriously.”

The ineffective management of science communication since the pandemic started in 2020 shouldn’t be an indictment of the country’s public health professionals, who are being pushed to their limit. The surgeon general and others are worried about burnout among health care workers, citing new data that more than half of all state and local public health employees report at least one symptom of post-traumatic stress disorder and that more than 1 in 5 rate their mental health as fair or poor. As the pandemic has pressed on, 1 in 3 public health workers are considering quitting their jobs in the next year, which would leave communities across the country exceptionally vulnerable — and far less prepared for future health crises.

Americans are more vulnerable to misinformation than ever before. With almost a million deaths from Covid since 2020, the country desperately needs better public health communication grounded in science, facts and clarity.

Brian Castrucci is an epidemiologist, public health practitioner and president and CEO of the de Beaumont Foundation.