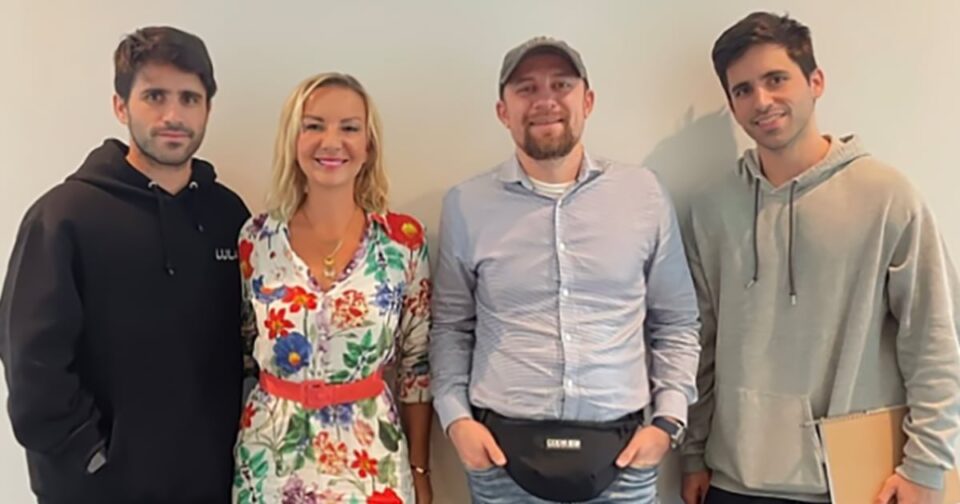 War continues to rage in eastern Ukraine, as Russian forces remain unwilling to halt their advance in a conflict that experts now say threatens to spill into other countries.

As fighting rages across Ukraine, in a hotel in a small town in the country’s west, a group of more than 40 coders continue to produce software for companies in the United States.

They work for CodeIT, one of the largest individual employers of software developers in Ukraine, who say that even though they are not fighting in the war, they are nonetheless helping their country by shoring up an important industry.

“I am not a warrior,” said Nikolay Plashenko, a 34-year-old software developer and technical lead at CodeIT. “I am not a professional (soldier), I am a professional in IT. I can help in that. I can do my work, achieve my money and pay taxes for that to help my country.”

CodeIT specializes in custom software development for companies in industries like health care and e-commerce. Its 200 employees were previously based in Kharkiv, a city now synonymous with the devastation of Russia’s invasion. The company’s CEO, Alex Kholodenko, said the office sustained damage from a Russian attack, forcing employees to scatter to the other side of the country.

At the hotel, as well as at the homes of friends and family elsewhere far from the front, CodeIT’s employees are back up and running, even as the conflict continues to unfold. They asked that their exact locations not be revealed for security reasons.

“They are stressed, but at the same time, they are focused on what they’re doing,” Kholodenko said. “They understand life is changing, and that they will need to learn to live in new conditions. We hope to get back soon and rebuild.”

Despite its failings elsewhere, the former Soviet Union was known for its robust education system, something that has produced a large base of computer-savvy workers. Ukraine has some 250,000 technology professionals in the country, including people working for Apple and Google, according to Bloomberg.

Though the entire country has been affected by the war, Andrew Tyutyunyk, CodeIT’s chief business development officer, estimates that as much as 75 percent of the country’s IT workforce is still on the job — out of necessity and duty alike.

“This is one of the biggest weapons that we have — that we are united,” Tyutyunyk said.

Kholodenko says the work is all part of the same effort: supporting Ukraine in the face of a brutal opponent by supporting clients abroad. He has even continued to hire.

“Of course, they need to have money for living,” he said of his staff, “but we’re also bringing money into the country, and when you spend money in the country, it all goes into the economy of Ukraine and helps the government and soldiers to defend it.”

At the same time, working is a welcome distraction.

“They don’t have the cinema, or theater or shopping center. They cannot go to the park. There’s no leisure, nothing else to do,” he said of CodeIT’s workers. “You work sleep, eat, maybe read Facebook or Instagram.”

For Plashenko, who has a young son and another child on the way, the initial horrors of the war were unbearable.

“You didn’t know whether, when you go to bed, will you wake up or not,” he said. “But at the same time the best thing you could do was go to sleep, because at least when you’re sleeping, you won’t feel that you died.”

Among the American businesses CodeIT has continued to provide support services to is Zimit, which is based in South Florida. Co-founder James Cramer said CodeIT employees continue to comprise a significant percentage of Zimit’s product development capacity.

“When the war started, our first concern was their safety (we’re still worried),” Cramer said in a statement. “Our next concern was our operation, but within a few days of the start of the war, CodeIT had relocated most of their team to a safe location and they were back working at the same level as before the war. Their resiliency has been quite remarkable, both in securing their safety and in keeping their business running with minimal impact. Pretty amazing.”

Kholodenko has played a special role in keeping Ukraine’s coder network active. Ukrainian men age 18 to 60 have been barred from leaving the country, but last month the Ukrainian government gave Kholodenko special permission to exit temporarily to help raise funds for both charitable and work efforts.

Kholodenko says he drove 15 hours from Kharkiv to Ukraine’s border with Moldova, then on to Bucharest, Romania, where a series of flights took him to Miami.

There, he met Michael Vega-Sanz, the co-founder of Lula, another South Florida software company focused on commercial auto insurance. A couple of weeks earlier, Vega-Sanz had grown alarmed at the reports of Russia’s invasion. The news, especially the reports of refugees, resonated personally with the founder, whose mother and father fled Cuba in the 1960s and 1970s in search of a better life.

“When I thought about my family and their story, one thing that benefited them more than anything was giving them an opportunity to work and go to a new country,” Vega-Sanz said.

So he sent out a tweet saying Lula would be willing to sponsor developers affected by the Russia-Ukraine conflict. The South Florida Business Journal, a local trade publication, wrote about this digital appeal. Soon, Kristina Alexandra Kovalyuk, a South Florida business consultant, saw the story and answered the call.

Kovalyuk had a contact with Kholodenko’s company, and in a matter of days, Vega-Sanz was meeting with Kholodenko. He subsequently began to interview workers at CodeIT, and now Lula plans to hire at least two of them: one software coder and one user-experience designer.

“What’s been so inspiring is that, in the middle of a war that forced them to stop working … these people decided to go from eastern to western Ukraine” to keep working, Vega-Sanz said. “They are still pushing code.”

Even in a situation Kholodenko describes as “unbelievable,” he says he has an obligation to both his country and his clients.

“I want to show these companies that they can continue to trust Ukrainian software development,” he said.

Elon Musk’s no good, very bad meme shows how out of touch he is with political reality