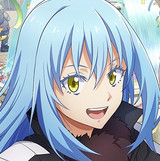 That Time I Got Reincarnated as a Slime: ISEKAI Memories, Bandai Namco Entertainment Inc.’s mobile game for the Apple App Store and Google Play is celebrating six months since the game was released with the new in-game event, Isekai Revelry.

Check out this newly animated special video for the Half Anniversary, featuring details on Loup Loupe, the Main Story, the new Area for Nation-Building, and more! The video will play as the game’s opening intro video when you login, so be sure to check it out!

And, as a thank you for six months, we’ll be holding an awesome campaign that lets players pull Recruits up to 55 times and also offers Login Bonuses and Mission Rewards!

In addition, there will be a limited-time, once-daily free Recruit where a 4★ or higher character is guaranteed! This Recruit includes characters that are now Standard Recruits such as Diablo, The Black Progenitor and Guy Crimson, the Lord of Darkness! Make sure to login every day and pull those free Recruits!

Isekai Revelry Recruit Part 1, featuring Masked Hero, the Time Traveler as well as Milim Nava, the Dragon Fist and Veldora Tempest, the Mighty Roar, both decked out in special garb, are on now! The drop rate of 5★ characters have also been raised from 4% to 5%!

The new area “Eastern Block” & a story for the new area!

By developing the new area, the waterside will grow larger and you’ll be able to add bridges! Myulan and Soka will also appear in town!

Chapters 13 and 14 will be added to the Main Story!

Hinata shows up in the story taken from the anime! Then, in the original stories supervised by TenSura author Fuse, we’ll see all sorts of new developments in both Shinsha and Izis’s story! We’ve got other campaigns in the works, so make sure you check out ISEKAI Memories!

Vermont man accused of killing mom, grandfather in attempt to get millions in inheritance