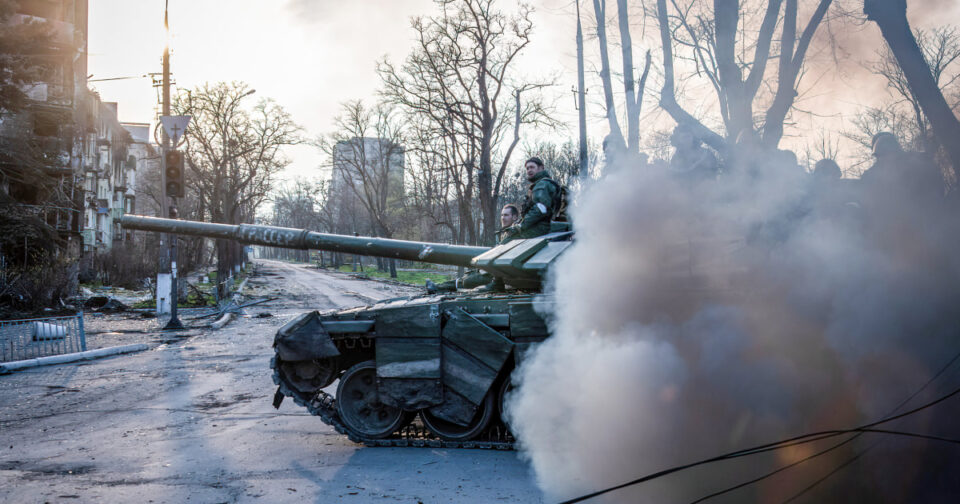 Zaporizhzhia, Ukraine – A long-awaited effort to evacuate people from a steel plant in the Ukrainian city of Mariupol was underway Sunday, the United Nations said, while U.S. House Speaker Nancy Pelosi revealed she visited Ukraine’s president to show unflinching American support for the country’s defense against Russian aggression.

U.N. humanitarian spokesman Saviano Abreu told The Associated Press that the operation to bring people out of the sprawling Azovstal steel plant was being done with the International Committee for the Red Cross and in coordination with Ukrainian and Russian officials.

As many as 100,000 people are believed to still be in blockaded Mariupol, including up to 1,000 civilians who were hunkered down with an estimated 2,000 Ukrainian fighters beneath the Soviet-era steel plant — the only part of the city not occupied by the Russians.

Abreu called the situation “very complex” and would not give further details. Like other evacuations, success of the mission in Mariupol depended on Russia and its forces in a long series of checkpoints before reaching Ukrainian ones.

People who have fled Russian-occupied areas have at times described their vehicles being fired on. Ukrainian officials have repeatedly accused Russian forces of shelling evacuation routes on which the two sides had agreed.

Fleeing Mariupol: How a dance instructor became an escape driver helping others

Brain fog, other long Covid symptoms can last more than a year