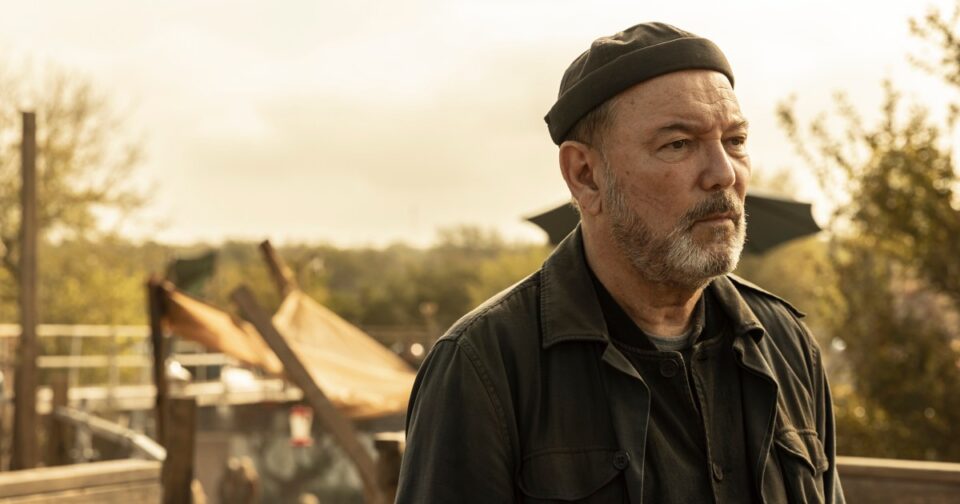 “Fear the Walking Dead” fans will be on the edge of their seats again, wondering if Daniel Salazar, played by iconic Latino music legend Rubén Blades, will finally meet his end this Sunday in an episode that will focus on his character.

“There’s a moment when you realize that you have more past than future. So you have to organize your time,” Blades, 73, told NBC News, reflecting on his character and the issue of getting older. “Once you realize you’re a certain age, you have to understand your mortality and deal with the fact that you don’t have the time that you had when you were 20.”

Blades said Salazar, who’s been absent from most of Season 7, has struggled with the death of his daughter Ofelia (played by Mercedes Mason). But while Salazar may seem vulnerable, fans also know that he can be a master at adapting to change.

“He’s an expert in understanding people, their motivations, their characters,” Blades said. “He doesn’t think in terms of ‘I’m getting old.’ He just understands that he can’t move as fast as he could and now he will have to move a little earlier.”

Episode 11 in Season 7 is named “Ofelia,” and this is the second time that “Fear the Walking Dead” will feature an episode mostly in Spanish with some dialogue in English. The first one was broadcast in Season 3, episode 4, which revealed Salazar’s killer instincts as a former member of the CIA-backed Salvadoran death squad Sombra Negra (Black Shadow).

“Here’s a guy who left a life behind, tried to begin a new life, hiding from everyone what he had done in the past, and then is forced to go back,” Blades said. “The apocalypse forces Salazar to bring out all the knowledge and all the skills that he had rejected, in the hopes of creating a normal life.”

This internal conflict puts Salazar at an interesting crossroads, where he must strike a balance between the killer instincts that he conceals and the feelings of love and hope that were nurtured by his family before they died.

“Ofelia represents all the best that he could have hoped for,” Blades said. “And that’s the one thing that is still trying to survive in the midst of his depression.”

Surviving the real and imagined ‘apocalypse’

While horror movies and TV shows can be both entertaining and engrossing, Blades says that “Fear the Walking Dead” also compels viewers to consider issues that are happening in real life.

“Changes are occurring everyday. And this show, as silly as some people think it is, provides a platform, a stage, to see or reflect on how we react to scenarios that are sudden, tremendously effective in changing our lives and perspectives,” he said.

Off screen, the legendary salsa singer teamed up with Colombian songwriter Carlos Vives in 2020 to record an uplifting song named “No Estás Solo” (“You Are Not Alone”) for those who got sick from the pandemic.

Blades said “Fear the Walking Dead” reminds viewers that solidarity drives humanity to overcome adversity on and off screen.

“If there’s one thing that will make us move and survive as a society is for us to be together. And understand that the fate of one is the fate of all,” he said.

As for Latinos, “we’re still considered to be somehow alien, different. That creates a narrative that conspires against the notion of a common fabric in society,” Blades said. “When you see us on television, when you see us reported in a positive way, the notion of aliens begins to weaken. And we begin to be seen as people who are a part of society, people who are a part of the everyday life.”

Arturo Conde is an editor and a bilingual freelance journalist. He writes for La Opinión A Coruña and has been published in Fusion, Univision and City Limits.

Fleeing Mariupol: How a dance instructor became an escape driver helping others