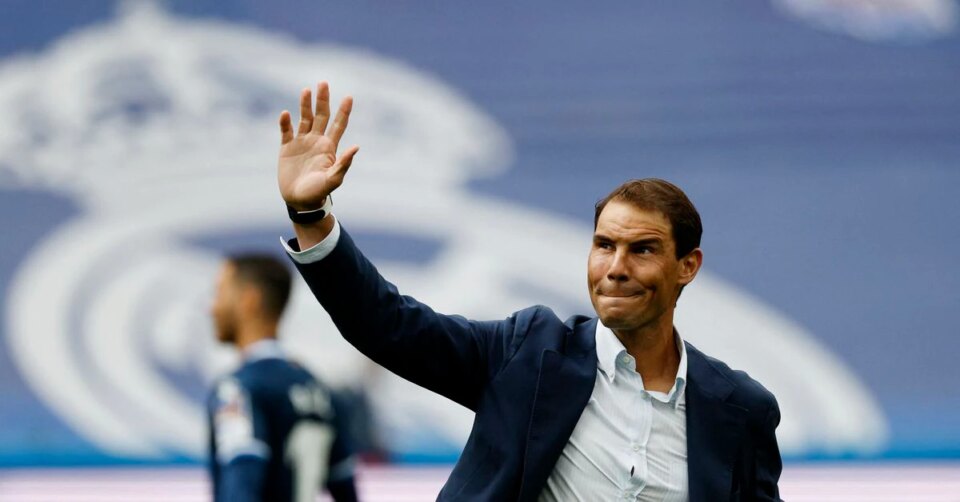 MADRID, May 1 (Reuters) – Rafa Nadal said his fitness was “far from perfect” as he prepares to return to action after a debilitating rib injury that has left him racing against time to get back to peak condition for the French Open.

The 35-year-old, who clinched a men’s record 21st Grand Slam singles title at the Australian Open earlier this year, suffered a stress fracture in his rib at Indian Wells, where he lost in the final to Taylor Fritz on March 20.

The injury has forced him to miss the claycourt events in Monte Carlo and Barcelona.

He is now battling to get back to his best before the French Open, which begins on May 22 and where he will bid for a record-extending 14th title.

The Spaniard will make his return at the ATP Masters 1000 Madrid Open on Wednesday.

“I’m recovered from the injury but tennis and preparation is another story,” Nadal told a news conference on Sunday.

“Those who have broken their ribs know how much it limits you and for the first few weeks I had difficulty sleeping because of the pain.

“It is an injury that does not need significant time to heal, but it didn’t allow me to do almost anything. It hurt even doing aerobic work.”

Nadal believes he will struggle to get back to his best this week, but it will be a step towards hitting peak condition for Roland Garros.

“Things are far from perfect, right now. I have to admit that,” Nadal said.

“I’m taking these days almost like a preseason, doing double sessions every day. This tournament suits me very well and I have to take it this way. If a victory can come, then fantastic. But the goal is for what comes ahead.”

Nadal said he had not had time to savour his outstanding comeback win against Daniil Medvedev in the Australian Open final in January.

“Tennis is not a sport that allows you to look back and enjoy your accomplishments,” Nadal said.

“I understand that was a historic moment, one of the biggest emotions that I had in my career, but I just don’t have the time to look back and appreciate it. The last few weeks were all focusing on recovering from my injury.

“If I keep playing today at my age and at the highest level it’s because I learned that wins and losses are something you leave in the past. You have to always look forward to keep that focus and competitive hunger alive. That’s the way I operate.”

Oklahoma Bill Would Ban Almost All Abortions at Fertilization

U.S. births rose last year but still less than before the pandemic