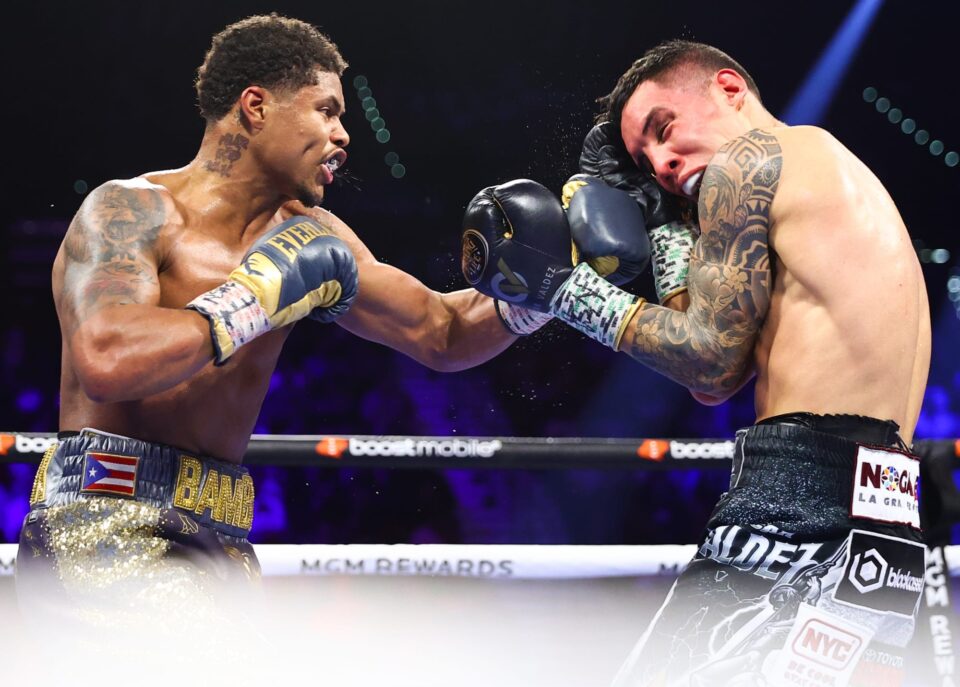 Shakur Stevenson vs. Oscar Valdez should have been a competitive super featherweight title fight on paper, but the paper lied.

Stevenson chewed Valdez up and spit him out in a completely one-sided boxing lesson from Las Vegas, resulting in a Stevenson unanimous decision victory.

Stevenson (18-0, 9 KOs) came into his April 30 unification bout with the WBO title at just 24 years old. The 2016 silver medalist showed improvement throughout his career, and his showdown with Valdez was no different.

Valdez (30-1, 23 KOs) had the WBC belt and was known for his dangerous punching power. He has worked on developing his style with Eddy Reynoso, Canelo Alvarez’s trainer, but Stevenson effortlessly undid their work.

Shakur Stevenson defeated Oscar Valdez via unanimous decision to become the unified super featherweight championValdez had his best round in round 3. He scored combinations and focused on Stevenson’s body.

The moment was short-lived as Stevenson worked off his jab all night and flowed with combinations.

Stevenson caught Valdez off balance with a right hook in round 6 that dropped Valdez. Valdez wasn’t hurt, but the punch did cause Valdez to go down.

Down the stretch, Valdez was tiring and frustrated while Stevenson was smiling and clowning the 31-year-old from Mexico. Valdez had no answers for Stevenson, who mocked Valdez with his antics in front of the MGM Grand Garden Arena crowd.

The judges returned two scores of 118-109 and one of 117-110 for Stevenson. Stevenson holds two of the division’s four titles, making him the man to beat.

Stevenson’s evolution and youth make him one of boxing’s brightest young stars. He’s developing fast, and it’s scary to think how great he could still become.

Jack Dorsey to step down from Twitter’s board

Biden says the U.S. will defend Taiwan from China. Can it?