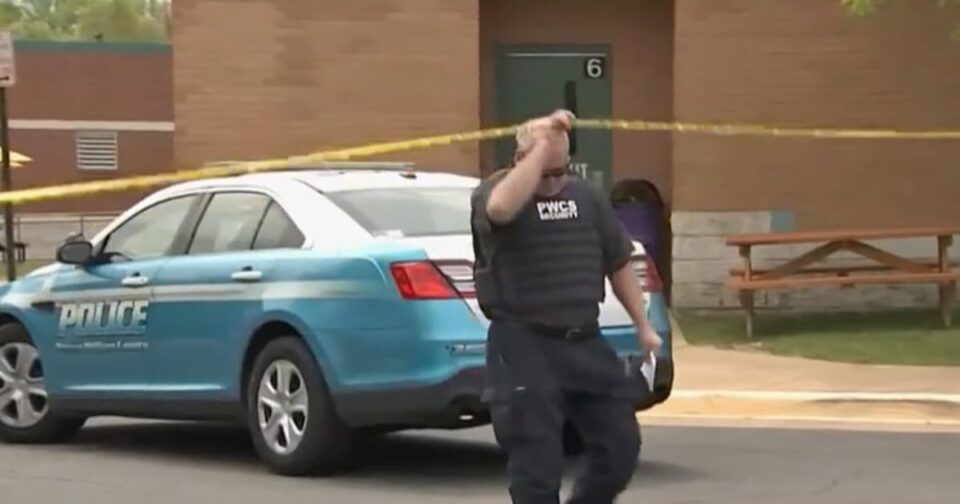 Prince William County police said officers responded to the shooting on the athletic fields of Louise A. Benton Middle School.

NBC Washington reported that an argument on the sidelines preceded the shooting.

Police are working to find the suspect. The two men who were shot, who have not been identified, were receiving treatment for gunshot wounds Sunday.

“Our thoughts are with those who have been impacted by this incident,” police said.

“We’re walking down there and then you just hear gunshots. And honestly I didn’t think much, and then you hear screaming,” one mother told NBC Washington. “It was like terrifying screams.”

Prince William County Public Schools did not immediately respond to NBC News’ request for comment Monday. A representative for the district said they were aware of the shooting.

The shooting was at least the third that happened near or at a youth sporting event in the U.S. within a week.

The gunfire happened at a McDonald’s near the school, but caused players and spectators to duck and run for cover.

And on April 25, police responded to Pepperhill Park, in North Charleston, South Carolina, after gunshots were fired while several youth baseball games were underway, authorities said during a news conference.

“Witnesses indicated that multiple vehicles pulled into the parking lot, where a physical altercation took place, followed by dozens of gunshots,” police spokesman Harve Jacobs said. “Several youth baseball games were underway when this incident occurred. This incident tonight had nothing to do with the Park, youth athletes, parents or coaches.

No injuries were reported. Police were offering a $10,000 reward for information leading to a suspect or suspects.

Inside the Costume Institute’s “In America: An Anthology of Fashion” Exhibition

In Arizona and Colorado, Latino voters warn Democrats over inflation