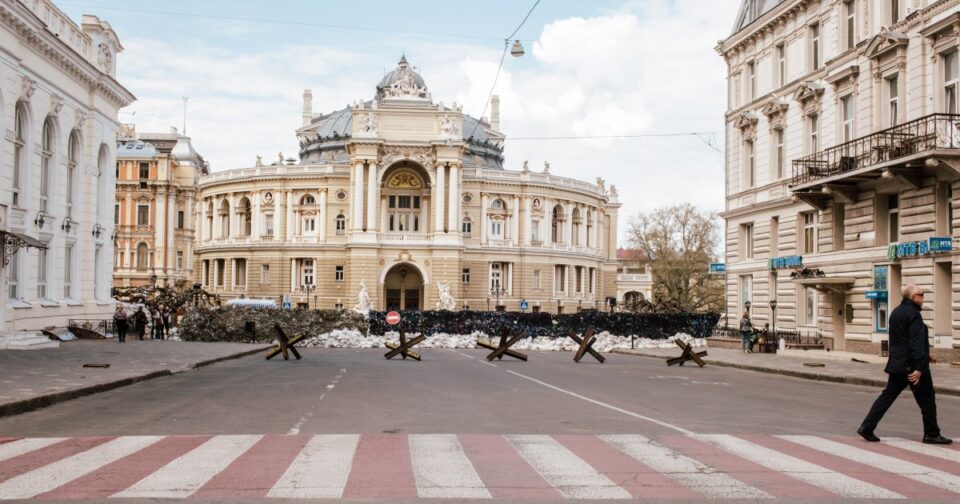 ODESA, Ukraine — Only tense-looking soldiers were allowed to leave their homes in Odesa on Monday, with the silence on the streets almost audible in this city known for its vibrancy.

The first week of May typically brings tourists, barbecues and blooming flowers to Odesa, an international jewel of culture and commerce on the Black Sea. This year, however, it brought a daylong curfew as authorities feared the potential presence of Russian agents aimed at discord and destruction.

Monday marks the anniversary of a deadly clash between pro-Russian and pro-European activists in the city in 2014 that killed 48 people and injured dozens more. This year, facing a war as well as the memory of a tragic incident often mentioned by Moscow, many worried they would have to fend off Kremlin-backed saboteurs and Russian rockets — rather than insistent tourists.

Many believed Odesa, a key city in Ukraine’s southwest, would be a target for Russian President Vladimir Putin’s invasion. While Russian forces have failed to pose a real threat, city leaders are nonetheless wary.

Odesa Mayor Genadiy Trukhanov, sporting a navy blue track jacket and New Balance sneakers on Sunday, declined to share any specific information about the threat of saboteurs, but he said the curfew was necessary “to fully control the city” and “hamper the activities of any saboteur-reconnaissance groups.”

“We do understand that during the wartime, the Russian Federation may deploy their special agents and saboteur-reconnaissance groups, and presumably there are already such people here, who were recruited by Russia — we cannot deny such possibility,” Trukhanov said from inside his grand Odesa office that boasted crystal chandeliers, a plaque containing St. Michael’s prayer and a large wall-hanging of the port city’s symbol, an anchor.

“All such actions are likely coordinated, hence we will monitor and investigate.”

NBC News observed that security had tightened throughout the city. The announced arrests of alleged Russian proxies, a missile strike on a key bridge nearby and the loud explosion of what Ukraine’s military said was a Russian drone shot down by defense forces appeared to show authorities had reason for concern.

Another missile strike reportedly hit a military airfield Monday evening. While NBC News heard the explosion, it has not verified the location.

This comes days after a missile strike on Odesa’s airport and the recent arrests of others  accused of planning civil unrest in the city. It’s also only been one week since an attack on an apartment building killed eight people, including a mother and her newborn.

Odesa’s blurry identity, appearing to be stuck at times between Moscow and Kyiv, has long served as a painful point of contention, experts said.

Vladislav Davidzon, a fellow at the Atlantic Council and author of “From Odesa With Love,” said the Bohemian city with a large Russian-speaking population was key to Putin’s hope to rebuild the Russian empire.

“They’d made a decision to destroy Mariupol, but they really want Odesa in one piece because it’s really important to them psychologically,” Davidzon said in a hotel bar the night before he and his Odesan father-in-law left Ukraine. “It’s a big piece of their narrative and a jewel in their crown.”