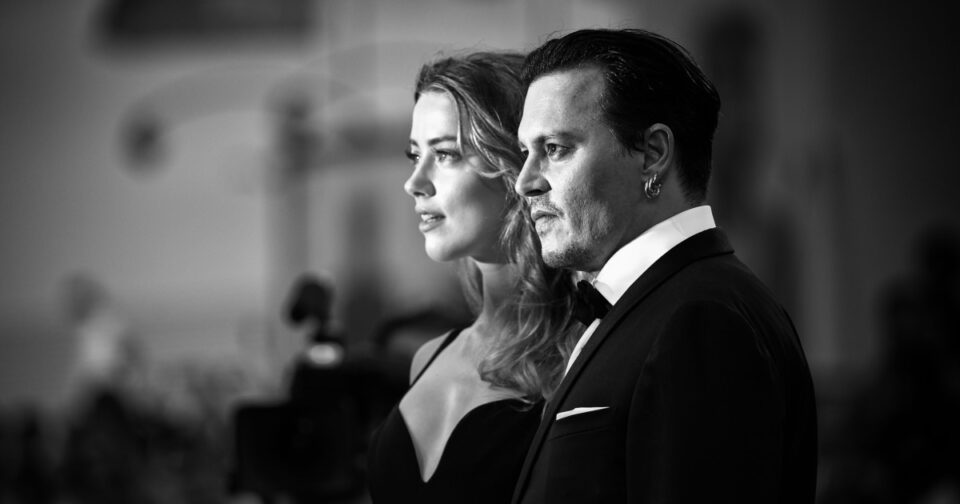 On April 11, a court in Fairfax, Virginia, began hearing testimony in the Depp v. Heard defamation trial; a court case intended to determine whether Amber Heard had defamed her ex-husband, Johnny Depp, in an op-ed she wrote for The Washington Post in 2018 in which she identified herself as “a public figure representing domestic abuse” but did not name Depp. Over the course of the trial, a number of witnesses have come forward to weigh in on the couple’s past. But few have sparked as much controversy as Laurel Anderson — Depp and Heard’s former couples therapist — who testified that she considered the two of them to be “mutually abusive.” (Both celebrities meanwhile, deny instigating abuse, with each painting the other as the aggressor through their attorneys.)

“Mutual abuse” is a concept that can come up in the aftermath of a tumultuous relationship, particularly one that escalates to the point of physical violence.

“Mutual abuse” is a concept that can come up in the aftermath of a tumultuous relationship, particularly one that escalates to the point of physical violence. It’s particularly appealing when people are trying to make sense of an allegation that doesn’t fit into their understanding of the person who’s being accused of abuse. For instance: A few years ago, a co-worker of mine was arrested after his then-girlfriend accused him of domestic violence. In discussions around the office, some of my colleagues brought up the injuries our co-worker had sustained during an allegedly abusive fight. If he’d been injured as well, the logic seemed to go, could he really be the only one at fault? Weren’t the two of them equally culpable for the damage that had been done?

There’s just one problem with that argument. According to many relationship abuse experts, “mutual abuse” is an oxymoron.

It’s not that the violence and aggression in an abusive relationship is always one-sided. Abuse victims can, and do, respond to their abusers’ actions with angry outbursts, vicious name calling, outright cruelty and, yes, even physical assault. The 2010 Eminem-Rihanna single “Love the Way You Lie” offers a somewhat glamorized portrait of that dynamic: In the song (as well as its sequel), we’re told the story of a couple who repeatedly insult one another, frequently fight to the point of physical violence and (metaphorically) put knives in each other’s backs. And yet, while these are all behaviors that abusers may engage in, the behaviors alone are not proof positive of abuse from both parties. Because abuse isn’t just about violence. As the power and control wheel, a model widely used in anti-abuse spaces, makes clear, violence may be one part of abuse, but abuse itself is about power.

Though stories of abusive relationships frequently focus on the most sensational elements — the brutal injuries, the episodes of stalking, the elaborate lies — at its core, abuse is about something much more mundane. It’s one person exploiting a power dynamic in an attempt to manipulate and control someone else. The methods of manipulation and control vary from relationship to relationship — physical violence is certainly one element, but other forms include emotional manipulation, humiliation, verbal threats, financial abuse and isolating someone from their support network.

So do the details of the power dynamic. While gendered power dynamics are common in abusive relationships, not every abusive relationship involves a man abusing a woman. Men can be abused by women, and abuse occurs in same-sex relationships, though it’s often overlooked. A number of different factors — including race, class, financial security, age, employment status and mental health status — can all contribute to a power disparity between two people. Even something as innocuous seeming as popularity can give one person power over another, as victims of high school bullying can certainly attest.

But the central point here is that an abusive power imbalance only goes one way. As the United Nation’s definition of domestic abuse notes, abuse is a “pattern of behavior in any relationship that is used to gain or maintain power and control over an intimate partner.” By definition, only one person can wield power and control within an abusive relationship — if the power balance feels “mutual,” then a relationship may be unhealthy, unpleasant, painful or traumatizing. But it’s not abuse.

The notion of “mutual abuse” conveniently ignores the power imbalance that’s inherent in an abuse dynamic. And in doing so, it often removes the distinction between violence that’s done to terrorize someone and violence that’s done in self defense; between the cruelty abusers wield to belittle, tear down and isolate their victims, and the cruelty those victims respond with when they feel backed up against a wall.

Enduring abuse tends to bring out the worst in people. Despite the cultural idea of abuse victims as passive punching bags, the reality is often a lot messier. In recent years, experts have seen an uptick in abuse victims getting arrested after turning to violence themselves, throwing a kink into many people’s understanding of how victims are “supposed” to respond to abuse. Because abuse victims don’t always suffer in silence. They push back against their tormentors, they lash out in frustration, they attempt to reclaim their autonomy in ugly and unpleasant ways. That behavior can be unsympathetic and sometimes even appalling. But when it comes from someone who’s disempowered, who’s responding to an instigator rather than controlling a situation, it cannot truly be considered abuse.

None of us can actually know what happened between Johnny Depp and Amber Heard — the truth of their relationship is something only the two of them can truly know. But the idea that the two of them engaged in “mutual abuse” is one we should push back against. Because no matter what happens with Depp and Heard, normalizing this idea could serve to harm the most vulnerable abuse victims in society: the ones who can’t afford fancy lawyers, who aren’t household names and who can easily find that standing up against their abuser is the quickest path to prison.

They’re banned from Olympic sports. Why are they coaching children?