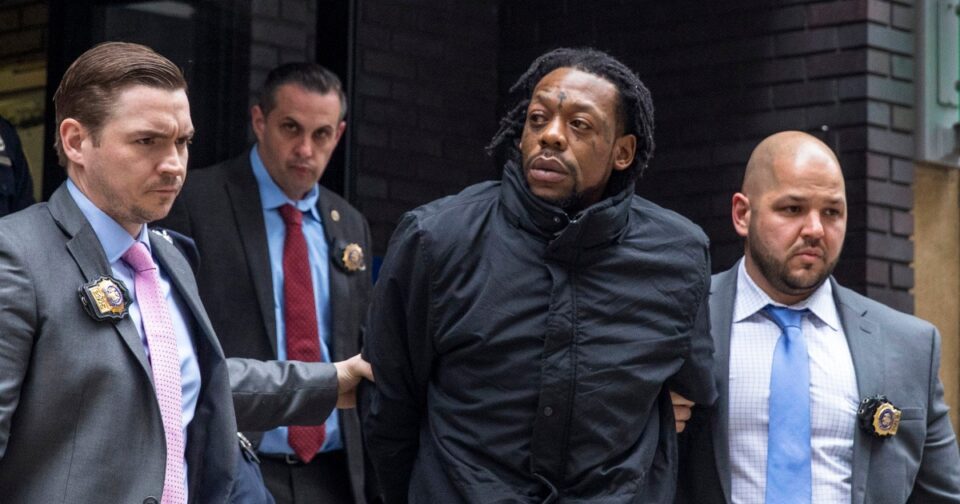 A man was fatally stabbed at a Dave & Buster’s in Times Square on Saturday night after a fight broke out at the entertainment venue.

The New York Police Department said officers were called to the Dave & Buster’s just before 10:45 p.m. ET over reports of a man stabbed during an “assault in progress.”

When they arrived, they found Allen Stanford, 39, with a stab wound to the chest. Stanford was transported to St. Luke’s Roosevelt Hospital, but he did not survive his injuries, police said.

Three senior police officials told NBC New York that the fight appeared to break out after Stanford dropped an arcade prize near the suspect and several children who appeared to be with him.

They said surveillance video showed Stanford trying to place a prize box back on a shelf. The box fell, however, near to where the suspect was standing with the children, the officials said.

Words were then exchanged between Stanford and the suspect before Stanford appeared to strike the suspect in the face. A fight broke out between the two, and the suspect could be seen striking Stanford in the chest with an object in his hand before fleeing the scene.

Jesse Armstrong, 41, was arrested on Sunday and charged with murder over the deadly altercation.

The police officials said the arrest came after a security guard had followed the suspect out of the Dave & Buster’s and flagged him to a uniformed officer after spotting him entering a subway station.

Dave & Buster’s is known as a popular and family-friendly venue. It has also attracted celebrities, including Beyoncé and Drake.

Dave & Buster’s did not immediately respond to a request for comment.

Small Biz in :15 – Pamela Wilson on How to Build an Online Business