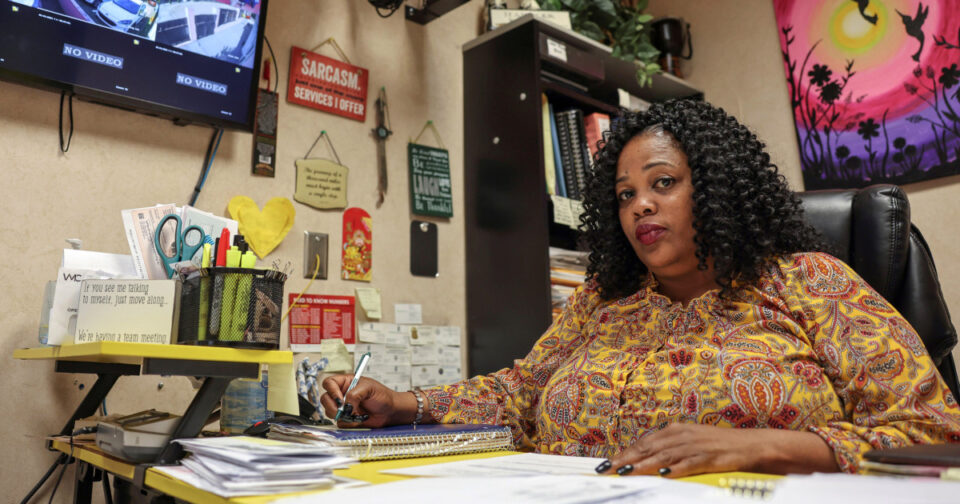 JACKSON, Miss. — Shannon Brewer, the director of Mississippi’s only abortion clinic, said she is prepared to move to New Mexico if the Supreme Court overturns Roe v. Wade.

Brewer, the director of the Jackson Women’s Health Organization, the clinic at the center of the case currently before the Supreme Court, emphasized in an interview on Tuesday — her first remarks since a leaked draft opinion was revealed — that the facility will continue operating as usual in the wake of the draft suggesting its days could be numbered.

But Brewer said she’s also making a plan for how she can continue providing abortion access to women — potentially in New Mexico —  if the Jackson clinic, known as the “Pink House,” is forced to close or cut back its services.

“Our plans are to open a facility in New Mexico,” she said. “We’ve been calling it the Pink House West just to let people know we’re still here for them, and we’re still going to fight for women regardless.”

Brewer was in an airport Monday evening with Diane Derzis, the owner of the clinic, when Derzis showed her a news report about the draft opinion leaking.

Chief Justice John Roberts confirmed the authenticity of the draft opinion, first published by Politico, but said in a statement that it “does not represent a decision by the Court or the final position of any member on the issues in the case.”

If the court issues a ruling in line with the draft opinion, states would be allowed to further restrict abortion access.

Brewer said she had not yet addressed clinic staffers about the draft opinion and what it could mean for the clinic, but she said that workers have kept abreast of developments with the case, Dobbs v. Jackson Women’s Health Organization. The clinic’s staff have been busy in the wake of a punitive Texas law banning abortion as early as six weeks of pregnancy. The facility has seen an influx of patients living in surrounding states who have been forced to travel farther for care.

Many of the patients who come to the Jackson facility are already parents and are living in poverty. Brewer said that the choice of when to have children may be placed further out of reach for women who are already struggling if Roe is overturned.

In the leaked draft opinion, Justice Samuel Alito referred to race in a discussion of who is most affected by abortion: “It is beyond dispute that Roe has had that demographic effect,” he wrote. “A highly disproportionate percentage of aborted fetuses are black.”

When asked about references to race in Alito’s opinion, Brewer, who is Black, questioned the way anti-abortion rights protesters invoke race by framing the movement to overturn Roe as a civil rights matter.

“I think they use that as an excuse,” she said of abortion rights opponents. “If you wanted to help the Black race, or protect the Black race, there are so many other things you would be doing. You would be making the public school system a lot better for these African American children that are here already.”

Brewer also raised the concern that women will continue to seek abortions regardless of their legality and safety, which she said could put their lives in danger.

“They seem to think if we outlaw abortion then abortion goes away, and people don’t have abortion,” she said. “No, what you’ve done is taken away safe, effective abortion care for women.”

Bracey Harris is a national reporter for NBC News, based in Jackson, Mississippi.

3 Keys: Panthers at Capitals, Game 6 of Eastern First Round