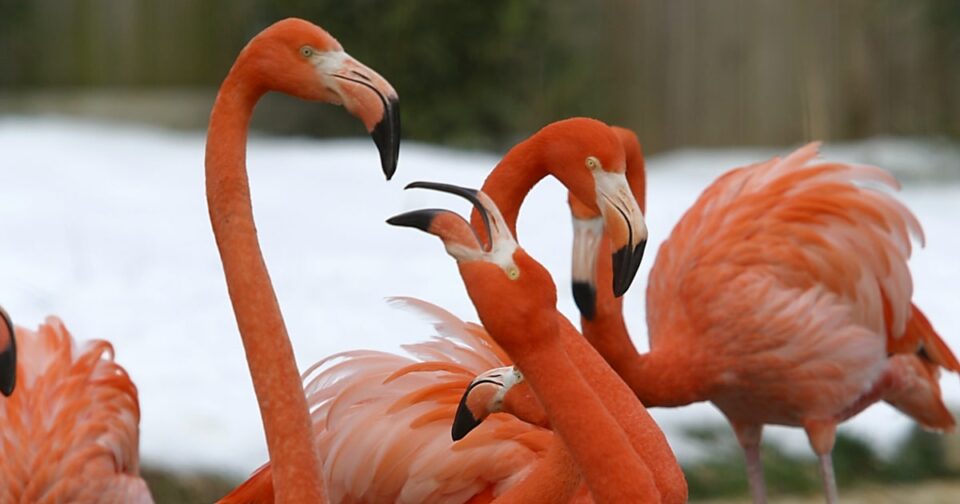 A fox breached an outdoor bird habitat this week at the Smithsonian National Zoo and killed 25 flamingos, officials said.

The incident at the Washington, D.C., zoo is a “devastating loss,” officials said in a statement.

Workers arrived Monday morning to the dead flamingos and spotted the fox, which then escaped the habitat, the statement said.

In addition to the dozens of dead American flamingos, a Northern pintail duck was killed and three more flamingos were injured, officials said.

There were 74 flamingos in the zoo’s flock prior to Monday, officials said.

“This is a heartbreaking loss for us and everyone who cares about our animals,” said Brandie Smith, director of the Smithsonian’s National Zoo & Conservation Biology Institute.

The surviving flamingos were moved indoors while the ducks were moved to a covered, outdoor space.

An inspection of the flamingo habitat occurred on Sunday, at about 2:30 p.m., and no areas of concern were seen. However, an inspection Monday revealed a softball-sized hole in the heavy-duty metal mesh that surrounds the outdoor yard, officials said.

The incident is under investigation. The metal mesh that surrounds the flamingo habitat has been reinforced, live traps have been set around the yard and digital camera traps with infrared sensors that are triggered by movement have been set up to monitor night-time activity.

The Zoo’s Bird House and surrounding plateau are under renovation and closed to the public, officials said.

The flamingo flock lives mostly outdoors in a 9,750-square-foot yard with a heated pool and barn. The flamingo exhibit has been at the zoo since the 1970s. This week’s incident was called the first predator breach at the exhibit.

“Our Bird House and Wildlife Health Sciences Teams have been incredible in their response to this tragedy. They are dealing with the devastation wrecked by a fox and also caring for the remaining birds,” Smith said.