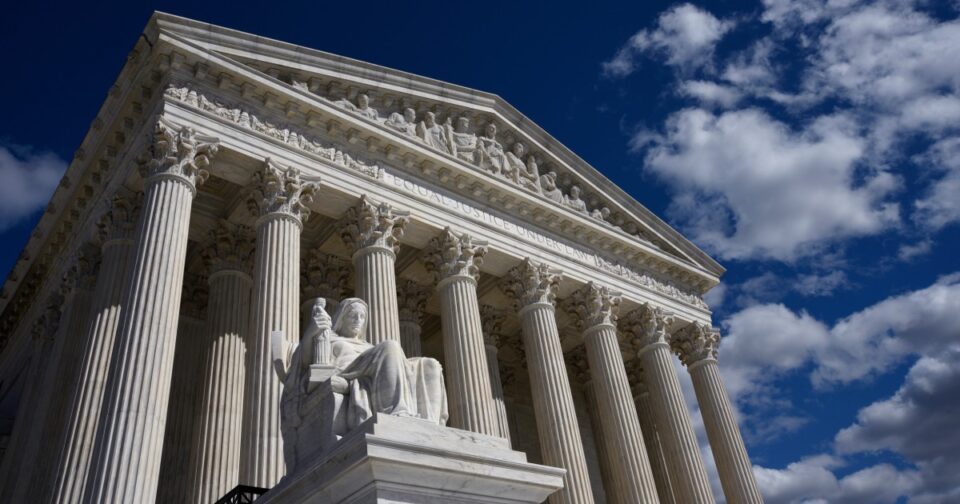 Republican lawmakers are demanding a federal investigation into who leaked an apparent draft of a majority opinion showing that the Supreme Court is poised to overturn the landmark Roe v. Wade decision that has protected a woman’s right to an abortion for the past half century.

The leak of the 98-page document — an extraordinary occurrence for the highly guarded institution — has rocked Washington and infuriated conservatives who said the breach was designed to intimidate the court and called for the person responsible to be caught and prosecuted.

“This is an attack on the court. This is someone who’s done something that is unprecedented. They decided to leak this,” Sen. Marsha Blackburn, R-Tenn., a member of the Judiciary Committee, told reporters Tuesday.

She said she’s certain Chief Justice John Roberts and the FBI “have worked all night long trying to find out who did this, and I have no doubt that the justices were assembled early this morning to come together and address this.”

In a statement on Tuesday, a Supreme Court spokesperson said that the document is “authentic” but “does not represent a decision by the Court or the final position of any member on the issues in the case.” Calling the leak a “betrayal,” Chief Justice John Roberts said he directed the marshal of the court to investigate the source of the breach.

GOP Sen. Ted Cruz, a former Texas solicitor general who has argued cases before the Supreme Court, called for an FBI investigation into the leak and said the person responsible “should be prosecuted and should go to jail for a very long time.”

“It is utterly stunning that anyone at the court would leak a draft opinion. In over 200 years of our nation’s history, this has never happened and I’m appalled,” Cruz told reporters Tuesday.

“This is the most egregious breach of trust at the Supreme Court that has ever happened,” he added. “Presumably, some left-wing law clerk angry at the direction the court is going decided to betray his or her obligation, the trust that clerk owed to the justice and to the court.”

Politico, which posted its bombshell story and the leaked document Monday night, did not identify its source, or whether the individual or individuals were conservative or liberal.

Pressed on how he was certain the leaker was a liberal, Cruz replied: “Because I’m not a moron, because I live on planet Earth.”

Top GOP leaders on the Hill also piled on. In a statement, Senate Minority Leader Mitch McConnell described the leak as “lawless action” and “yet another escalation in the radical left’s ongoing campaign to bully and intimidate federal judges and substitute mob rule for the rule of law.”

He called for an immediate investigation and said the Justice Department “must pursue criminal charges if applicable.”

And the top three House GOP leaders — Reps. Kevin McCarthy, Steve Scalise and Elise Stefanik — issued a joint statement saying the leak must be investigated, calling it a “coordinated campaign to intimidate and obstruct the Justices of the United States Supreme Court.”

The decision by Republican leadership to focus their attention on the unauthorized leak rather than the substance of the Supreme Court document suggests how the GOP may view the looming abortion ruling as a political hot potato ahead of the November midterms.

McConnell’s statement Tuesday made no mention of the substance of the leak: Justice Samuel Alito’s draft opinion that Roe. v. Wade and the later 1992 decision Planned Parenthood v. Casey “must be overruled.”

A Washington Post/ABC poll out Tuesday showed that 58 percent of Americans say that abortion should be legal in all or most cases, and 54 percent say the Supreme Court should uphold Roe v. Wade.

Only 28 percent of Americans say the ruling should be overturned.

Other Republicans expressed cautious optimism the court would overturn the Roe decision while condemning the leak.

“The Supreme Court & the DOJ must get to the bottom of this leak immediately using every investigative tool necessary,” tweeted Sen. Tom Cotton, R-Ark., who like Cruz serves on the Judiciary panel and is often mentioned as a potential 2024 presidential candidate.

“In the meantime,” Cotton said, “Roe was egregiously wrong from the beginning & I pray the Court follows the Constitution & allows the states to once again protect unborn life.”

He also did not know if Congress should play a role in investigating the leak given the separation of powers.

“I’m reluctant to go down that road because of the separation of powers,” Graham told reporters. “This is a separate, independent branch of government. Let’s give them a crack at figuring this out.