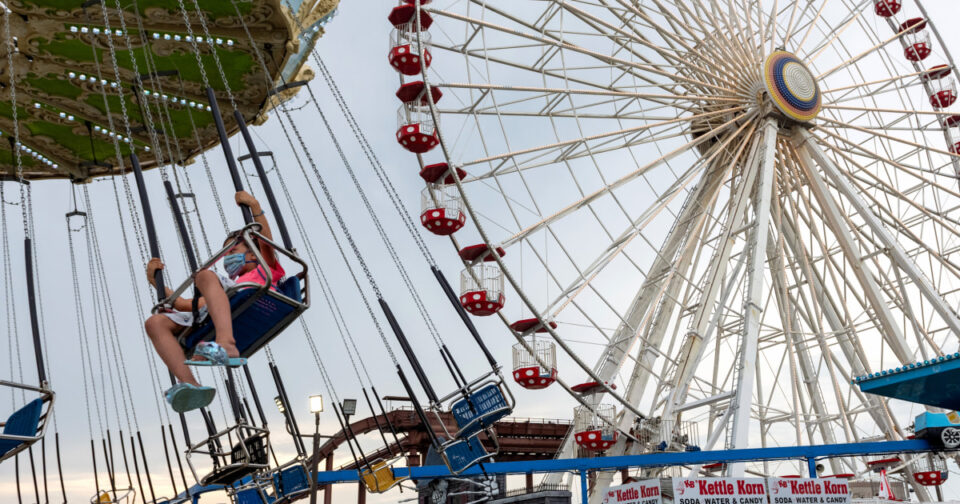 A subcontractor working on a Ferris wheel lift at a New Jersey amusement park fell to his death Monday, officials said.

The incident occurred at Gillian’s Wonderland Pier on the Ocean City Boardwalk, according to Leni Fortson, a spokesperson for the U.S. Department of Labor. The department oversees the Occupational Safety and Health Administration, commonly known as OSHA.

OSHA is investigating the worker’s death and has six months to release its findings of what occurred, Fortson said.

No one with Gillian’s Wonderland Pier could be reached Tuesday for comment. However, in a statement posted on its Facebook page, the subcontractor’s death was confirmed.

“We are saddened to report that an employee of a subcontractor working on a lift at Gillian’s Wonderland Pier suffered a fatal injury Monday morning. Our thoughts and prayers go out to his family,” Jay A. Gillian, the amusement park’s president, said.

“We are cooperating with all appropriate authorities to thoroughly investigate the cause of this tragic accident. As we get more information we will provide it.”

Robert Sanger, 62, of Pittsgrove, New Jersey, is the subcontractor who died, according to NBC Philadelphia. He was a welder. Sanger worked for Cargo Tech International of Swedesboro, the news station reported.

Lauren Sanger Bradway, Sanger’s daughter, said her father was a hard worker who loved his job.

“He was a wonderful man,” she said. “He did everything. He was a builder. I’m going to miss everything about him.”

U.S. lifts some Trump-era restrictions on Cuba, including limits on travel and remittances