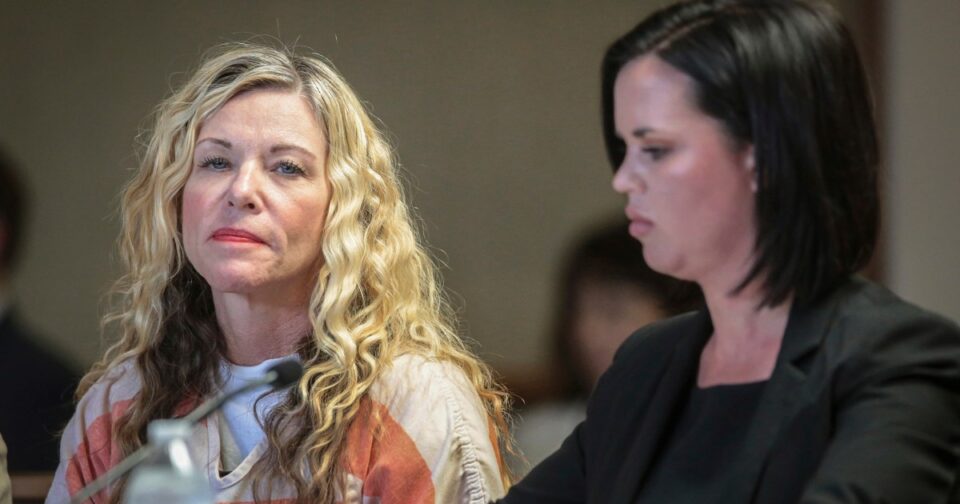 The state of Idaho on Monday said it would seek the death penalty for Lori Vallow, who is charged with murder in the deaths of her two children.

A court document said the state would seek the death penalty if Vallow is convicted of any of the first-degree murder or conspiracy to commit first-degree murder counts against her. The state said eight accusations against Vallow, connected with the deaths, will be considered as aggravating circumstances.

Vallow last month pleaded not guilty to the murder charges against her.

Vallow and her husband, Chad Daybell, were indicted last year on first-degree murder charges and other counts in the deaths of her children, Tylee and Joshua, who were 16 and 7 when they were last seen in September 2019. They also face charges related to the death of Daybell’s first wife, Tammy Daybell.

Tylee was last seen on Sept. 8, 2019. Police were able to find a photo from that day of Tylee on a trip to Yellowstone National Park with Vallow, Joshua and Vallow’s brother Alex Cox, according to authorities.

Joshua, who had special needs, was last seen alive on Sept. 23, 2019, at Kennedy Elementary School in Rexburg. When police went to Vallow’s home to conduct a welfare check at the prompting of his grandmother that November, Joshua was nowhere to be found.

Vallow and Daybell had never reported the children missing, and they did not cooperate with investigators before they fled the state, Rexburg police said.

They were found in Hawaii in January 2020, at which point authorities gave Vallow until the end of the month to “physically produce her children.” She did not, and she was charged with two counts of desertion and nonsupport of dependent children.

In June 2020, Daybell was taken into custody after the remains of Vallow’s children were found on his property.

Vallow was “restored to competency and fit to proceed” to stand trial last month, nearly a year after she was declared mentally unfit to stand trial on separate charges of concealment of evidence. The murder case at the time was stayed.

Idaho does not allow for an “insanity defense,” but it mandates that defendants must be able to understand the charges they face.

Daybell has pleaded not guilty to three counts of first-degree murder, conspiracy to commit murder and two counts of conspiracy. Prosecutors are seeking the death penalty.

The symptoms and causes of monkeypox, which CDC calls an ’emerging issue’