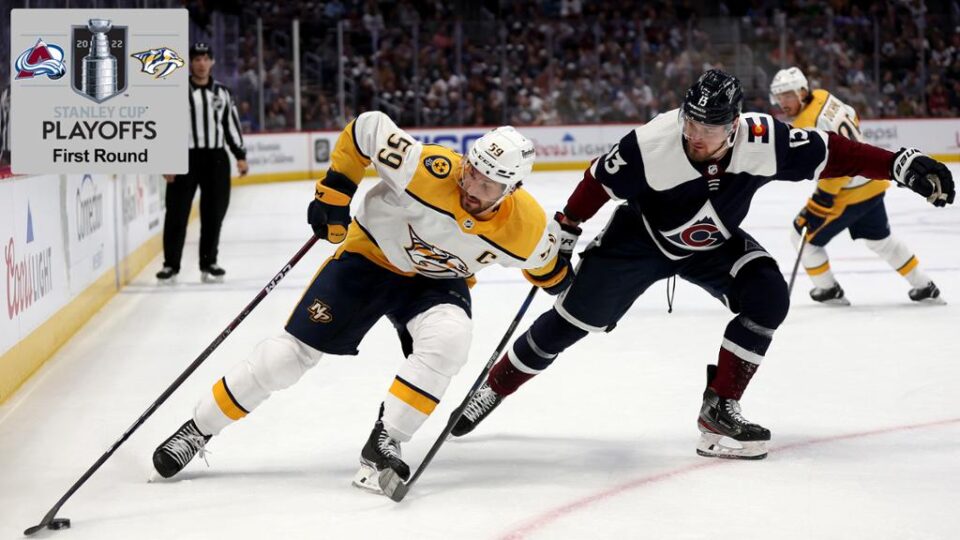 Roman Josi of the Nashville Predators and Cale Makar of the Colorado Avalanche — each a top candidate for the Norris Trophy — will face each other in Game 1 of the Western Conference First Round at Ball Arena on Tuesday.

Josi, voted the best defenseman in the NHL by the Professional Hockey Writers Association in 2019-20, led NHL defensemen in assists (73) and points (96) this season. He was second in goals (23).

“Personally, I watch a lot of him throughout the year,” Makar said. “He shows up in so many different areas of the ice where you wouldn’t expect him to be, and at the same time, he’s committed on both ends. He’s an outstanding player, and he’s definitely the drive for their team.”

Makar, the Norris runner-up last season, led NHL defensemen in goals (28) this season. He was second in points (86) and tied for fifth in assists (58).

“I love playing against him,” Josi said. “I love watching him play. He’s so dynamic. He’s such a great player.”

1. Rally around RittichPredators coach John Hynes said goalie David Rittich will start Game 1, with Juuse Saros out for the first two games with a lower-body injury.

He has 17 minutes of Stanley Cup Playoffs experience, allowing three goals on nine shots for the Calgary Flames in a 7-3 loss to the Dallas Stars in the first round in 2020.

“We trust him and believe in him,” Hynes said. “We think he can come in here and help us win a hockey game, and we’ll go from there.”

2. Get back in syncAvalanche coach Jared Bednar said center Nazem Kadri will be a game-time decision, but Kadri skated Tuesday morning after missing two practices with an illness. Colorado appears to be fully healthy with forward Gabriel Landeskog playing for the first time since knee surgery March 14.

The Avalanche must figure out line combinations, rekindle chemistry and find their “A” game again after going 1-5-1 down the stretch.

“We were maybe looking ahead a little bit too much [to the playoffs], but we’re all very confident in our games,” Avalanche goalie Darcy Kuemper said. “This is what we’ve been looking forward to.”

Nashville went 2-3-2 down the stretch.

3. Avoid ‘softer’ penaltiesThe Predators led the NHL in penalties (1,035) during the regular season and spent more time shorthanded (455:43) than anyone but the Carolina Hurricanes (479:10). In four games against the Avalanche, they took 21 penalties and spent 24:11 shorthanded. Colorado went 5-for-17 on the power play (29.4 percent).

Hynes said the key will be staying away from “softer” penalties, like stick penalties and penalties 200 feet from the net.