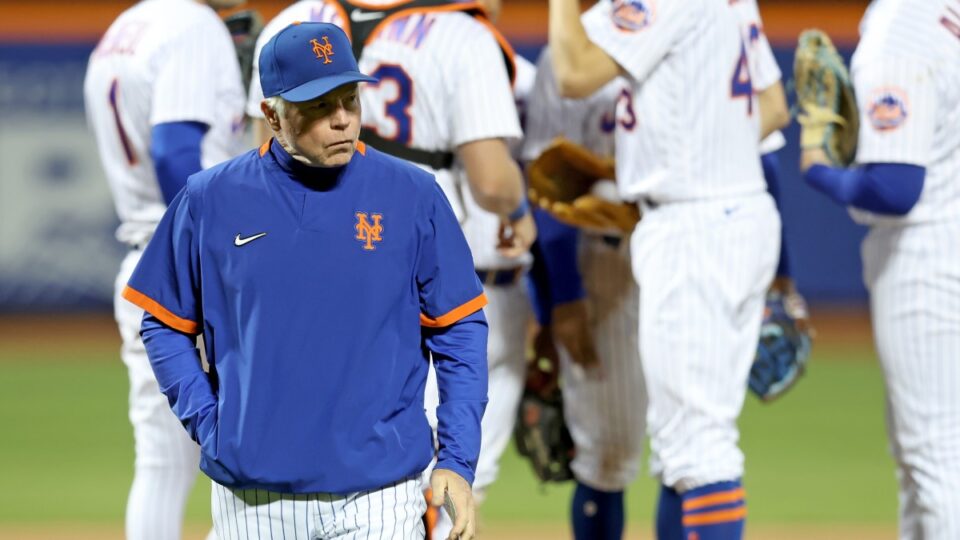 Mets relief pitcher Yoan López didn’t hit Phillies slugger Kyle Schwarber with a pitch during the latter’s ninth-inning at-bat on Sunday. But, at least according to MLB, the perceived intent was enough to warrant disciplinary action.

López was suspended three games for throwing at Schwarber twice, MLB.com’s Anthony DiComo reported on Monday, while manager Buck Showalter was banned for one game. López was optioned to Triple-A earlier on Monday.

López appeared to throw at Schwarber twice in one at-bat on Sunday, though did not hit him. After umpires issued warnings to both teams, he later beaned Alec Bohm in the next at-bat, yet was not ejected.

López has appeared in two games for the Mets this season, allowing three earned runs in three innings with four strikeouts. Showalter was not with the team for Monday’s home game against the Braves.

The Mets have surged to a 16–7 start, owning the best record in the National League entering Monday. New York has won every series so far this season, Showalter’s first with the club after not managing since 2018.

More MLB Coverage:
• Stop Paying Attention to Trevor Bauer
• There’s No Grand Conspiracy Behind the Mets’ Getting Hit by Pitches
• The Biggest Surprises of the MLB Season
• The King of Spin: Yu Darvish Epitomizes Pitching in 2022
• The Infield Shift Is Going Out With a Bang