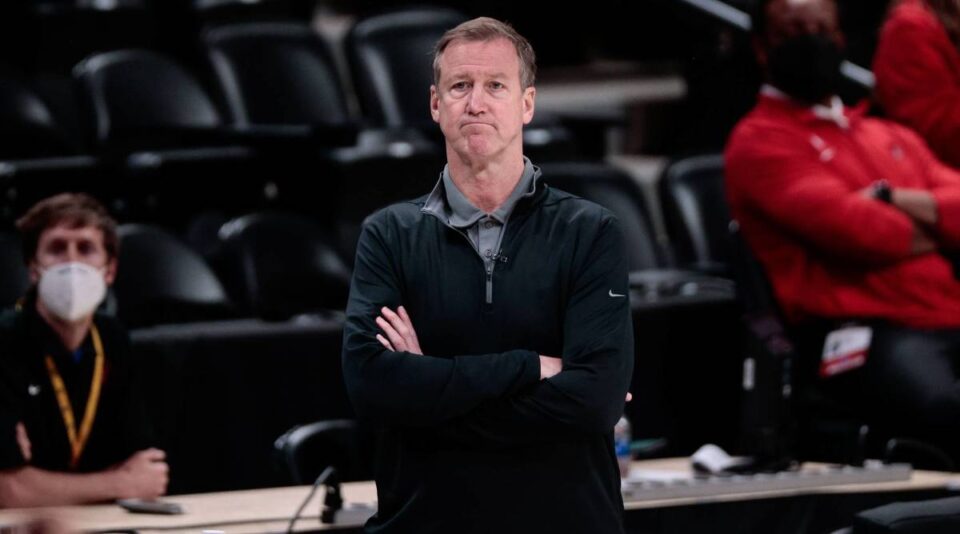 The Lakers coaching search has officially begun, and they have interviewed two experienced coaches to kick it off. ESPN’s Adrian Wojnarowski reports former Trail Blazers coach Terry Stotts interviewed for the job recently, while The Athletic’s Shams Charania reports former Warriors coach Mark Jackson had an interview as well.

Los Angeles officially moved on from head coach Frank Vogel last month after three seasons with the team. The interviews with Stotts and Jackson are their first two reported interviews of the search.

Stotts is a veteran head coach, leading three separate franchises over the last 20 years. Most recently, he spent nine years in Portland in which he totaled over 400 wins and made the playoffs seven times, including a Western Conference finals appearance in 2019.

Jackson was the coach in Golden State from 2012 to ’15, recording 121 wins and two playoff appearances. He also recently interviewed for the Kings head coaching position and is reportedly a finalist. A prior report also said LeBron James is intrigued by Jackson as a candidate.

After letting Vogel go, Los Angeles was reportedly interested in Raptors head coach Nick Nurse, but there has not been any indication that the interest is mutual. Jazz head coach Quin Snyder also lost any interest in the position after Vogel’s firing.

What time is the Kentucky Derby 2022?

‘Torturous’ heat is breaking records and livelihoods in India. It’s only going to get worse.

Smallpox vaccines can protect against monkeypox, and U.S. has 100 million doses

Baseball and Business Need Metrics to Hit a Home Run