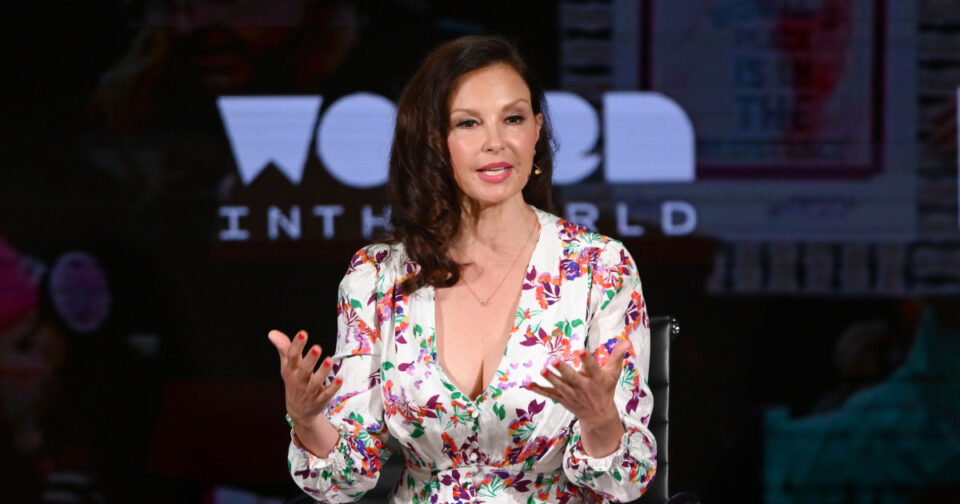 Actor and humanitarian Ashley Judd is bracing herself to celebrate her first Mother’s Day without her late mom, country music singer Naomi Judd of the Grammy-winning duo The Judds.

“This Sunday is abruptly, shockingly, my first Mother’s Day without my mama,” Ashley wrote in an essay for USA Today Friday. “It wasn’t supposed to be this way.”

Naomi died last weekend at the age of 76. She passed away the day before The Judds, composed of Naomi and her older daughter Wynonna, were inducted into the Country Music Hall of Fame.

In announcing Naomi’s death last Saturday, Wynonna and Ashley said they lost their mother “to the disease of mental illness.” The family has not yet confirmed any details around Naomi’s death.

However, in recent years, Naomi had been candid about her battle with suicidal ideation, panic attacks and the ups and downs of her mental health struggles.

Naomi’s passing also coincided with the leak of a draft Supreme Court opinion that would overturn Roe v. Wade, the landmark law that legalized abortion nationwide. The draft opinion was published by Politico two days after Naomi’s death.

The timing led Ashley to not only pay tribute to her late mother’s life, but to also question whether our nation truly values mothers.

“I was supposed to visit her on Sunday, to give her a box of old-fashioned candy, our family tradition,” Ashley wrote. “Instead, I am unmoored. But my heart is not empty. It is replete with gratitude for what she left behind. Her nurture and tenderness, her music and memory.”

“Perhaps it’s indecorous to say, but my heart is filled with something else, too. Incandescent rage. Because my mother was stolen from me by the disease of mental illness, by the wounds she carried from a lifetime of injustices that started when she was a girl,” the 54-year-old Golden Globe nominee wrote.

According to Ashley, the greatest lesson her mother taught her and her sister is “the power of having a voice and using it.”

“But motherhood happened to her without her consent,” Ashley wrote, adding that Naomi experienced an unintended pregnancy at age 17 that led her down a path of poverty and gender-based violence before “she had to fight like hell to overcome the hand she was dealt, to earn her place in history.”

“Forgive me if my grief isn’t tidy. When I think about my mother, I am awash in the painful specifics,” Ashley added. “It’s a little easier, this Mother’s Day, to think about mothers in the collective, to wonder whether we value them.”

The maternal mortality rate in the U.S. has more than tripled in 35 years, according to the National Center for Health Statistics, one of the principal statistical agencies in the federal government.

The trend has made the U.S. the nation with the highest maternal mortality rate of any developed country. About 700 women die every year of pregnancy-related complications and it is estimated that 3 in 5 of those deaths are preventable, according to the Centers for Disease Control and Prevention.

“Motherhood should always be a choice. Does that sound radical to you? Does that sound like I wish my sister and I hadn’t been born? If that’s what you think, I will gladly direct my incandescent rage at you,” Ashley wrote. “How much could we, as a society, possibly value motherhood when it is assumed to be an inevitability?”

“This Mother’s Day, I choose to honor my mama for the person she was, a mother and so much more. And I ask you to honor your own mother, if you are lucky enough to have her,” the actor added. “Honor her for more than her labor and sacrifice. Honor her for her talents and dreams. Honor her by demanding a world where motherhood, everywhere, is safe, healthy — and chosen.”

27 suffer injuries after bus rolls on I-95 in Maryland