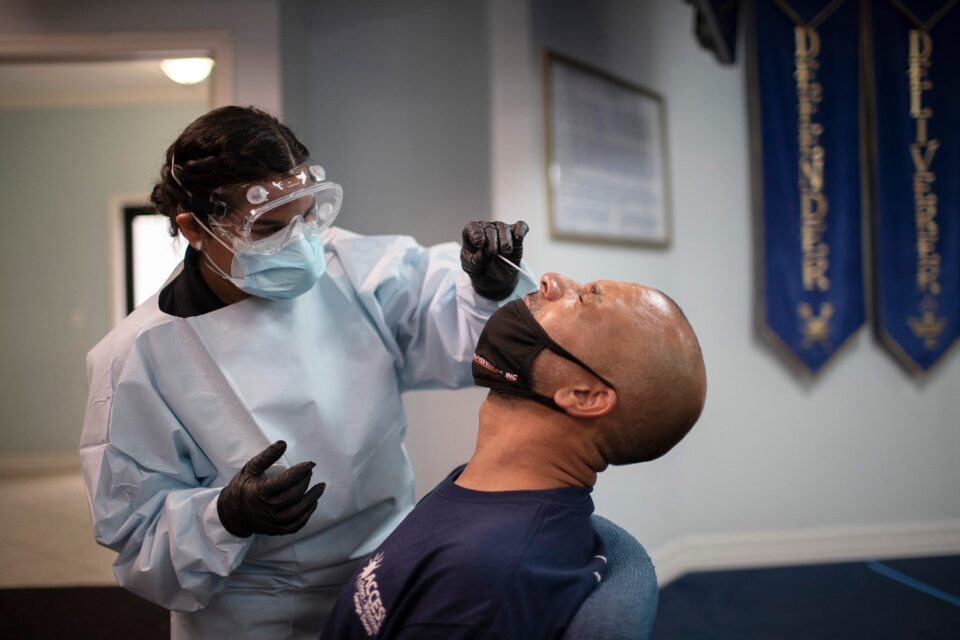 The entertainment industry’s guilds and large studios have agreed to relax some of the requirements for COVID-19 safety that were first put together in 2020, as reported in The Hollywood Reporter. In parts of the United States and Canada deemed to have “low hospitalization,” masking and testing demands will be “loosened.” (If you have an hour to kill and want to read the original document about the different production zones and guidelines for setting out bowls of nuts at craft services, here you go.)

THR noted that the threshold for “low hospital admissions” is not specified in the announcement. Pre-employment testing for cast and crew is still required, but the types of tests are being modified. (This may mean that inexpensive at-home are now okay, versus the more rigorous PCR tests.) Also, “masking will not be required in ‘most’ settings, with an exception being in shuttle vans,” according to THR.

Employers can still mandate that any crew members in “Zone A” be current on vaccinations and boosters. Zone A is defined as “any perimeter within which activity occurs without physical distancing or the use of PPE [personal protective equipment],” and usually encompasses those interacting directly with the actors in front of the camera.

The new changes will stay in place until July 15. It is possible that July 16 will mean film professionals can return to work without a Q-tip getting up their nose. (Unless a new variant arrives or the public health situation changes, which would hardly surprise anyone at this point.)

Over the course of the pandemic, many Hollywood productions have been shut down due to the novel coronavirus. Most notable was the film now called Mission: Impossible—Dead Reckoning Part One, which was halted in Italy and led to Tom Cruise scolding the crew in London when protocols were breached in late 2020. As recently as this January, filming on Star Trek: Picard was suspended when over 50 people tested positive. (In November of last year, Variety reported that COVID protocols add a five-percent increase to the budget of film and television productions.)

And now, since the last days might be upon us, here are some images of celebs getting a good swab while checking in at the office.

The Back Booth: How a Supreme Court Leak Consumed D.C.