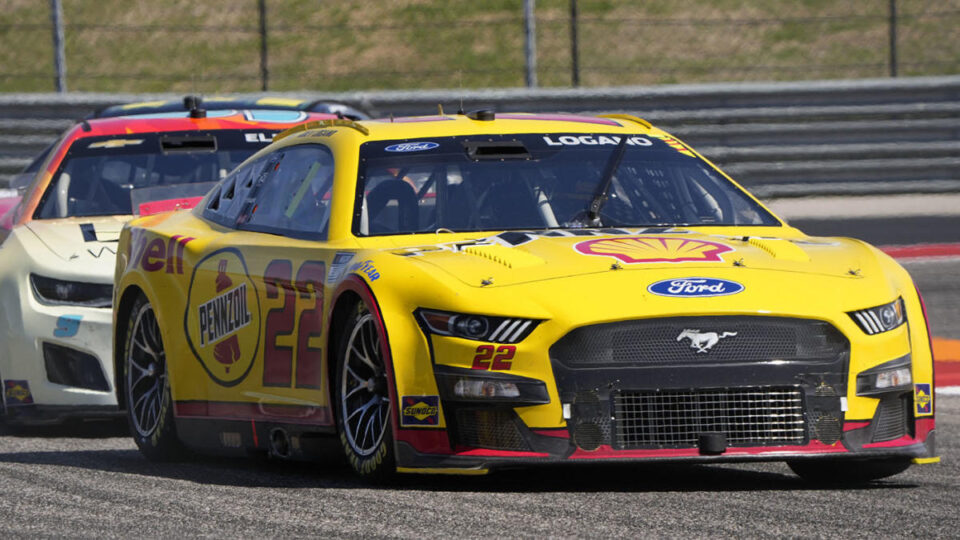 The NASCAR Cup Series is approaching the halfway point of the regular season and after 11 races there are still several teams trying to master the “Next-Gen” car. Now, they’ll head to Darlington Raceway for the 2022 Goodyear 400 on Sunday, where Stewart-Haas Racing will try to ignite its season at a track it’s had plenty of success. Stewart-Haas only has one win this season and all four of its drivers are outside the top 10 in the standings. However, it has multiple wins and a dozen top-12 finishers in the last five NASCAR Darlington races. The NASCAR Darlington green flag drops at 3:30 p.m. ET on FS1 (stream now on FuboTV).

In the 2021 season, McClure nailed Martin Truex Jr. to win at Martinsville for a strong 3-1 payout. Then, it called Chase Elliott to win at Road America for a 5-2 payout. McClure’s model also called Larson’s win at Texas for an 11-4 payout and his win at Kansas for a 9-4 payout in back-to-back weeks before nailing Larson to win the season finale in Phoenix to claim the 2021 NASCAR Cup Championship.

In total, it nailed five of Larson’s wins during a historic season and has also gone 14-9 on its head-to-head matchup predictions to start the 2022 season. Earlier this season it was high on Ross Chastain to win in Austin, giving him a far better shot to win than his 40-1 odds implied. Anyone who followed its lead on those plays saw huge returns on their NASCAR picks.

Now, the model simulated the 2022 NASCAR in Darlington 10,000 times. Head to SportsLine to see the complete projected 2022 Goodyear 400 leaderboard.

Top 2022 Goodyear 400 predictionsOne surprise: the model is high on Alex Bowman, even though he’s a 15-1 long shot in the latest 2022 NASCAR at Darlington odds. He’s a target for anyone looking for a huge payday. Bowman’s first stint in the NASCAR Cup Series was a struggle, as he failed to earn a top-10 finish in his first two seasons and ultimately dropped to part-time in 2016.

However, he earned a chance with Hendrick Motorsports in 2018 and made his first playoff appearance, notched his first win in 2019, and finished a career-best sixth in the standings in 2020. He followed that up with a four-win season in 2021 and has already earned his seventh career Cup win earlier this season. Bowman enters Sunday’s NASCAR at Darlington race sitting fifth in the standings and hasn’t finished worse than 14th in his last nine starts.

And a massive shocker: Chase Elliott, one of the Vegas favorites at 7-1, stumbles big time and barely cracks the top 10. There are far better values in the 2022 Goodyear 400 starting grid. Elliott had been leading the NASCAR standings most of the season and finally earned a victory last week at Dover to extend his lead to 50 points over Ryan Blaney.

However, Darlington Raceway has presented some challenges to Elliott throughout his career in the NASCAR Cup Series, particularly of late. Elliott has finished 20th or worse in three of his last four starts at Darlington and he has finished outside the top 10 in six of his 10 career starts there while only leading laps in three of those races.

How to make 2022 NASCAR Darlington picksThe model is also targeting two other drivers with 2022 NASCAR at Darlington odds of 15-1 or longer to make a serious run at the checkered flag. Anyone who backs these drivers could hit it big. You can see all of the model’s NASCAR picks over at SportsLine.

So who wins the Goodyear 400 2022? And which long shots make a run at the checkered flag? Check out the latest 2022 NASCAR at Darlington odds below, then visit SportsLine now to see the full projected 2022 Goodyear 400 leaderboard, all from the model that correctly predicted five of Kyle Larson’s wins last season.