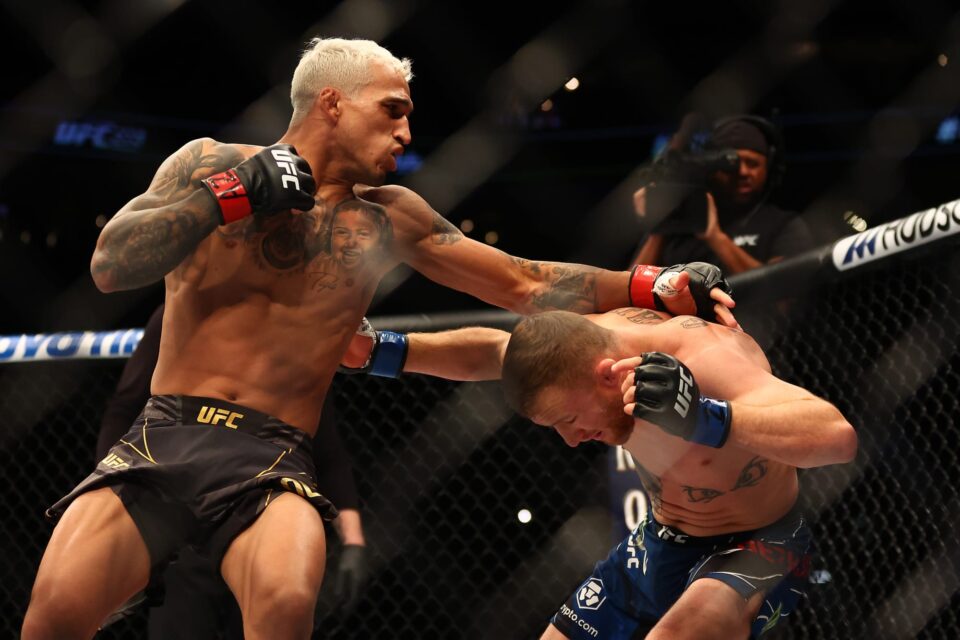 In the opening moments of the round, Gaethje dropped Oliveira and it looked like the round might end but  Oliveira was able to find his way back to his feet and continue the fight … stunned. The fight went briefly to the canvas but Gaethje didn’t want to fight on the ground so he forced the fight back to the feet.

That proved to be a mistake because Oliveira dropped Gaethje and quickly got Gaethje into a rear-naked choked and put him to sleep before the end of the first round.

“Hey, there’s something missing here,” Oliveira said in the Octagon after.

The fight was thrown for a loop on Friday morning when the then-champion stepped on the scales a half-pound over the 155-pound limit. Due to the weight miss, he was vacated from the title and ineligible to win the title, even if he defeated Gaethje.

The lightweight title is now vacant.

UFC 274: Charles Oliveira vs. Justin Gaethje takes place on Saturday, May 7, 2022, live from the Footprint Center in Phoenix, AZ. Follow along with FanSided MMA, who is on-site, for all your news and highlights.
Read More