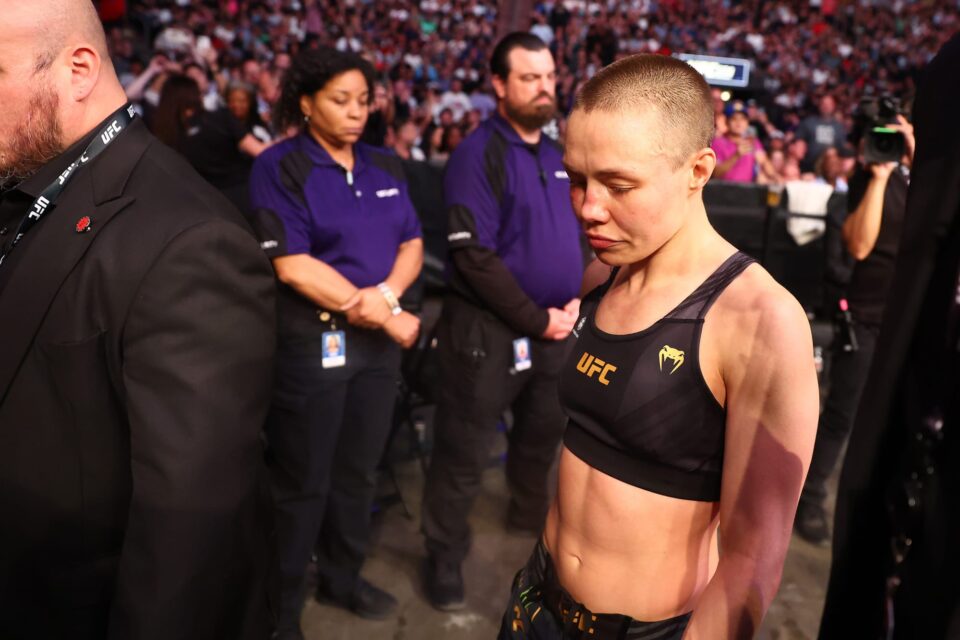 Calling it a tactical encounter might be generous, but what can’t be argued is that Carla Esparza is once again the UFC women’s strawweight champion — over 2,000 days since she first won the title — defeating Rose Namajunas in the UFC 274 co-main event.

This was a rematch from the finale of The Ultimate Fighter season 20, which crowned the first UFC strawweight champion. Esparza won the fight via third-round submission.

The first two rounds of the fight were completely quiet, with both women acting generously patient. Both Esparza and Namajunas landed just three strikes each in the opening round, none of them significant. Esparza outstruck Namajunas 10-6 in the second and nearly scored a takedown on the defending champion.

The action seemed to pick up a bit in the third, but not to a point where one woman ran away with the round. Esparza may have taken the round, however, with an early takedown that Namajunas immediately got up from.

Namajunas finally scored a takedown in the closing seconds of the fifth and final round.

No nonsense is allowing a lot of nonsense right now

Feel bad for the judges and commentators for this one #UFC274Live

This wouldn’t happen with open scoring

that girl title fite was so borin. nobody really wanted it. really disappointing

Yoel vs Izzy… but chicks

Yeahh! Congrats Carla, but now we have some business to do! Enjoy your belt and wedding because I’ll see you again! September October? Just give me a day and location! A big rematch! Let’s gooo!!🏆👊🏻 #UFC274 #UFC @ufc

Well at least Joanna is coming back

Namajunas became the first woman in UFC history to become a two-time division champion when she defeated Weili Zhang for the UFC women’s strawweight title at UFC 263. She retained the title in a rematch via a controversial split decision at UFC 268.

Namajunas’s previous reign began with a win over Joanna Jedrzejczyk at UFC 217. She won a rematch at UFC 223 before losing the title to Jessica Andrade at UFC 237.

UFC 274: Charles Oliveira vs. Justin Gaethje takes place on Saturday, May 7, 2022, live from the Footprint Center in Phoenix, AZ. Follow along with FanSided MMA, who is on-site, for all your news and highlights.
Read More

The GOP is trying to hide on abortion. That’s the wrong approach.