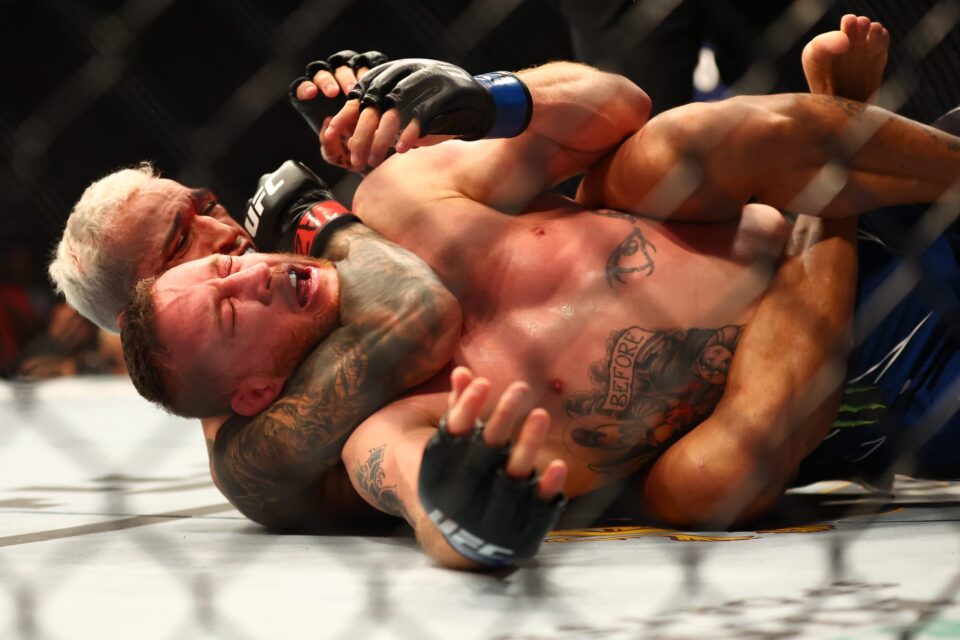 It lasted less than five minutes, and he doesn’t walk out champion, but Charles Oliveira and Justin Gaethje brought action in their UFC 274 main event

He didn’t walk out the champion, but Charles Oliveira gets to walk out with another chance to win the UFC lightweight title back following his win over Justin Gaethje in the main event of UFC 274.

Oliveira lost the UFC lightweight title on the scale one day ago, coming in at 155.5 pounds. Only Gaethje was eligible to win the championship tonight.

Gaethje landed several hard leg kicks to start, but Oliveira rocked him with a hard strike. Gaethje, however, managed to recover and drop Gaethje twice, busting Oliveira open over his left eye. Both times, however, Gaethje didn’t follow Oliveira to the ground.

The two then began to fight in close. But the end came when Oliveira knocked Gaethje down with a right hand and scrambled all over him, eventually locking in a rear-naked choke to score the tap in the first round.

So much happened in the 3 and a bit minutes of that fight!! #UFC274

What a performance by Charles Oliveira #UFC274

Congrats champ ✊🏾 that was a beautiful first round fight #UFC274

Olivera is just a damn beast 😤 #UFC274
That had me on my toes.. Back and forth fight! Loved it!

Oliveira entered this bout with 11 wins in his 12 fights since moving to lightweight, including his last 10 straight. Oliveira won the then-vacant UFC lightweight title with a finish of Michael Chandler at UFC 262. He successfully retained against Dustin Poirier at UFC 269.

Gaethje entered this bout with his own win over Chandler at UFC 268. He claimed interim UFC lightweight gold with a win over Tony Ferguson at UFC 249. He lost his undisputed title fight to Khabib Nurmagomedov at UFC 254.

UFC 274: Charles Oliveira vs. Justin Gaethje took place on Saturday, May 7, 2022, live from the Footprint Center in Phoenix, AZ. Follow along with FanSided MMA, who was on-site, for all your news and highlights.
Read More

NYC paramedic shot, wounded by patient in back of ambulance