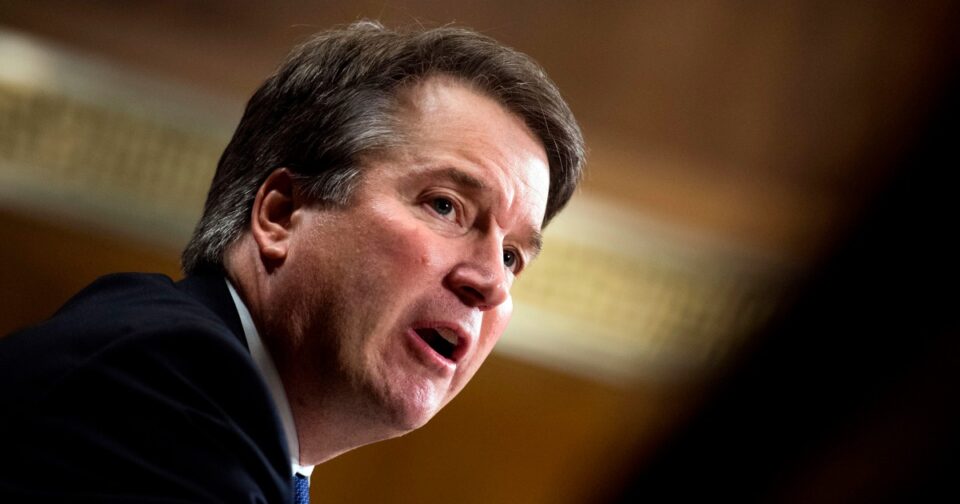 WASHINGTON — Activists supporting abortion rights demonstrated outside the homes of conservative Supreme Court justices over the weekend to protest the possible reversal of the landmark 1973 Roe v. Wade decision.

Abortion rights proponents are planning additional protests outside justices’ homes this week in the wake of last Monday’s leaked opinion that suggested a majority of the court would overturn Roe v. Wade.

On Saturday, people gathered in the rain outside the home of Supreme Court Justice Brett Kavanaugh in Chevy Chase, Maryland, according to organizing group Shutdown DC. It said on Twitter that about 100 protesters showed up outside his home and that of Chief Justice John Roberts.

Shutdown DC is advertising another demonstration planned for Monday night outside Justice Samuel Alito’s house, the author of the leaked draft opinion. The group said on its website that it will hold a candlelight vigil “for all these rights that Alito is threatening to take away,” where speakers will share testimony.

“Justice Alito’s draft opinion that would overturn Roe v. Wade is beyond alarming,” the group said on its website. “It would not only allow states to outlaw abortion (which is already de facto unavailable to many who need it, particularly people from marginalized communities) but could also be used to allow states to outlaw contraception, same-sex marriage, protections for LGBTQ folks, and even interracial marriage.”

Another group, Ruth Sent Us, is promoting a “walk-by” on Wednesday at conservative justices’ homes in Virginia and Maryland.

Meanwhile, high fencing was installed outside the Supreme Court last week after several nights of protests over the leaked opinion. The barriers are similar to the panels of fencing constructed around the U.S. Capitol after the Jan. 6 riot.

CDC signs off on Pfizer Covid booster for kids 5-11