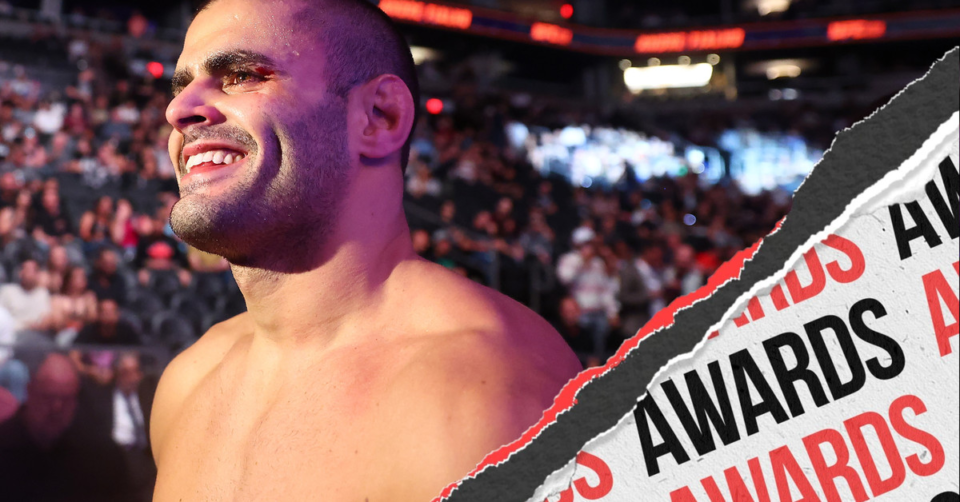 UFC 274 was far from a perfect event. It featured one of the worst fights in recent memory when Rose Namajunas and Carla Esparza must have had an unspoken agreement between one another to see who could create the least amount of effective offense over the course of 25 minutes and still pull out a victory. Neither competitor will ever live down the performance. It’s not like Ovince Saint Preux and Shogun Rua did much better earlier on the main card. But the other three fights on the main card… it’s hard to ask for them to be better than they were. Due to his weight miss, Charles Oliveira was unable to retain his title, but he sure as hell added to his legacy by going toe-to-toe with the legendary action fighting Justin Gaethje and coming out on top. Michael Chandler delivered a new challenger – perhaps frontrunner – for KOoTY when he became the first to put Tony Ferguson to sleep. And though it isn’t getting much love due to the lower stature of themselves in comparison to the rest of the fights, Randy Brown and Khaos Williams deserve major kudos for their curtain jerker. Will they be rewarded with my Unofficial Awards? Let’s find out….

Biggest Jump in Stock: Either Lupita Godinez is really hitting her stride or she was simply a terrible matchup stylistically for Ariane Carnelossi. Maybe both. Either way, she put on what was easily the most one-sided drubbing of the evening on the Brazilian powerhouse, arguably scoring a 10-8 advantage in all three rounds. It had Joe Rogan declaring she established herself as a contender. I probably wouldn’t go that far – Carnelossi’s two UFC wins came against Na Liang and Istela Nunes – but there’s no doubt Godinez made sure to let everyone know she’s a force to be reckoned with.

Biggest Fall in Stock: I really didn’t anticipate putting Namajunas in this spot heading into the event. Namajunas looked like she was destined to put a stamp on her legacy as the greatest strawweight in the history of the division. Instead, Namajunas turned in one of the worst performances in the history of title fights. For whatever reason, Namajunas refused to engage with Esparza. It’s not like Esparza was anxious to engage either, but there aren’t many people scoring the fight for Namajunas. Namajunas’ defiance in her post-fight interviews doesn’t help, saying she doesn’t see how Esparza won the belt after that performance. There is some credence to that argument, but it could just as easily be pointed out how no one can see her retaining after her performance. I don’t know what the chances of Namajunas fighting Esparza again are down the road – I certainly don’t see Uncle Dana scheduling an automatic rematch – but for now, Esparza is the bugaboo she could never get past.

Best Newcomer: It was a rough night for all the newcomers as none of them walked away victorious, but there’s no doubt Kleydson Rodrigues flashed the most potential of all those stepping into the Octagon for the first time. The youthful Brazilian prospect engaged in a back-and-forth battle with hardened CJ Vergara, coming out on the short end of the stick. Despite that, it’s hard to believe he won’t learn from the loss as he came thisclose to taking the win. With one of two exchanges swinging in his favor and he very well might have walked out with a W.

Start Typing a Resume: There’s a good chance Shogun hangs around given he wasn’t violently KO’d. But his performance against Saint Preux was highly uninspired. Given that his last win over an opponent under the age of 40 came in 2018, it appears he’s at the end of his rope. After all, it isn’t like Saint Preux looked awesome in his win either. Regardless, Shogun has traditionally been able to put together the occasional flash of brilliance that was the norm in his prime. Given how long it’s been since we’ve seen that, serious thought should be given to it being the end of the line.

Saved Their Job(s): If Saint Preux had fallen to Shogun, it would have been the fourth loss in his last five fights. He’s had similar stretches like that in his career, but not against the level of reduced competition he’s been facing lately. Sure, his win over Shogun wasn’t inspiring, but it did the job and snapped his losing streak. The question now is whether he stays at light heavyweight or returns to heavyweight.

It isn’t that Blagoy Ivanov doesn’t have the talent to stay on the UFC roster. It’s that he’s been putting on fight after fight that is difficult to enjoy. There were a few moments of drama in his fight with Marcos Rogerio de Lima, but there were far more long stretches of clinching against the fence and relative inactivity. Had Ivanov not gotten the judges’ nod, there’s a good chance he would have been cut loose given it would have also be his third consecutive loss.

Barring some test results that aren’t favorable – it’s happened before – Journey Newson has finally picked up his first official UFC win after four fights. The bantamweight didn’t have the easiest road as newcomer Fernie Garcia put up a respectable showing. Regardless, it was Newson’s more diverse attack that provided him a win.

Biggest WOW Moment: Given the entirety of the main event was dynamite, it really says something about the front kick Chandler landed to the chin of Ferguson. There have been plenty of pictures going around showing the mutation of Ferguson’s face upon the impact of the kick. There are plenty of words that could be used to describe Ferguson’s appearance; I’ll simply go with disturbing and allow everyone else to fill in the blanks with whatever word they want to fill in. Regardless, it’s one of those highlights that will be playing to Baba O’Reilly for years to come.

Most Understated Fight: In the opening paragraph, I was setting up this award. However, I’m going to pull a Vince Russo and swerve on y’all… and slip Francisco Trinaldo and Danny Roberts in this spot rather than Williams and Brown. Both fights would likely garner FOTN Performance Bonuses on a typical card, but I went with Trinaldo and Roberts for two reasons. First, it was on a lower spot on the card, meaning it wasn’t getting quite the spotlight. Second, the fact that Trinaldo was able to put on such a fun back-and-forth slugfest at the age of 43 can’t be overstated enough. While the fight between Brown and Williams was closer, that doesn’t mean there was any less drama from Trinaldo and Roberts either.

Biggest Upset: While the first instinct for many would be to go with Esparza, I’d rather say she was less of a loser than Namajunas rather than declare her a winner. Nobody won that fight, the fans emerging as the biggest losers. However, there’s no doubt that Vergara earned his win over Rodrigues by overcoming significant adversity. It should be noted Vergara had the opening to panic and perhaps change things up after he dropped the opening round. Instead, he maintained confidence in his game plan and it played off in the end.

Biggest Jump in Stock… off a Loss: Given the UFC has a tendency of rewarding higher profile fighters with the Performance Bonuses, it was likely Oliveira’s weight miss that allowed Matt Schnell to pocket an extra $50K. It was well deserved as Schnell put on the best performance of his career when he came thisclose to upending heavy favorite Brandon Royval. First, he knocked him down. Then, he nearly submitted him. All in the span of two minutes. The story would have been different had the fight gone longer – Royval sunk in a guillotine not long after Schnell’s anaconda choke didn’t stick – and perhaps Schnell wouldn’t have been given the boost. However, that isn’t what happened and Schnell proved to be more than what everyone thought.

Most Appropriate Outcome: In one of the weirdest turn of events in a high profile fight, Oliveira missed weight, leading to him being stripped of his title. It was also indicative of his past self as he had missed weight four times previous. Of course, all those misses occurred at featherweight, but it still indicated Oliveira’s past malfeasance’s were creeping back into his psyche. However, come time to step into the cage, Oliveira was as mentally tough as he has been over the last several years. Gaethje landed his heavy offense, but Oliveira refused to back down and found a way to reverse the momentum with a heavy right hand that floored Gaethje. It eventually led to another submission win for Oliveira. In the end, the circumstances and outcome of the fight ultimately honored both versions of Oliveira, making it all weirdly appropriate.

Best Self-Awareness: One of the biggest obstacles to climbing the UFC standings is a lack of fights. With so many people on the roster, there’s only so much the UFC can do to get fighters the experience they need to grow as fighters. Well… if the fighter doesn’t press the issue that is. Three weeks ago, after Andre Fialho disposed of Miguel Baeza, Fialho let Uncle Dana know he wanted to fight again as soon as possible, knowing the best thing for himself is to get back in the cage as soon as possible while he was still in good fighting shape. It resulted in more cage experience, another KO win, and an extra $50K in his pocket. What did Fialho do post-fight? Ask for a spot on the PPV next month. Might as well keep the momentum rolling….

Casey White and Vicky White’s 11 days on the run: Summary and timeline