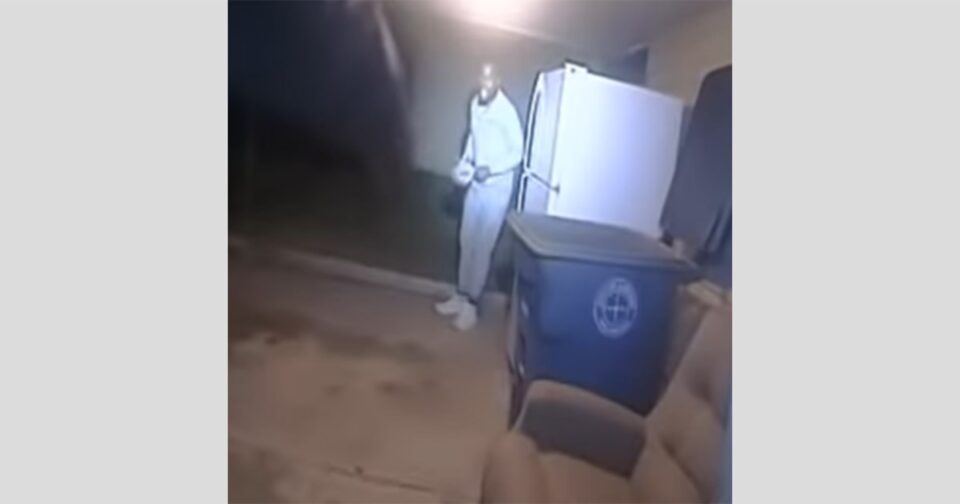 The shooting of Quadry Sanders, 29, on Dec. 5 was captured on officers’ body camera video, an edited part of which was released Friday by the Lawton Police Department with added captions after the Oklahoma State Bureau of Investigation concluded its inquiry.

The pair, Nathan Ronan and Robert Hinkle, who were working for the Lawton Police Department when they killed Sanders, pleaded not guilty Friday to first-degree manslaughter, defense attorney Gary James said.

The charge is defined by Oklahoma law as homicide with these facts: “When perpetrated without a design to effect death, and in a heat of passion, but in a cruel and unusual manner, or by means of a dangerous weapon; unless it is committed under such circumstances as constitute excusable or justifiable homicide.”

Each was free after satisfying bond of $25,000. The two, who initially were placed on paid leave, were terminated in January, the lawyer said.

The contents of the state’s conclusion were unavailable to the public; findings were sent to the Comanche County district attorney for potential prosecution. The disturbing video, dark and halved from 48 minutes of video to 23 minutes, according to James, tells some of the story.

The officers were called to a residence at 8:30 that night based on a report of a man who was inside the building despite a protective order that required him to stay away, police said. A caller said the man was waving a gun, and officers knew that detail when they staged outside and used a loudspeaker to order the man out with his hands raised, according to Lawton police and the released video.

The man, identified as Sanders, went out a back door, according to the video but went back in the home before he came out again, this time in front, on a porch or a carport framed by a pair of appliances, the edited video shows.

His body seemed to jerk and pause in response to commands barked from different directions, but at no time did he charge at officers or appear to have a gun.

The loudest commands were repeated: “Hands!” and “Down!”

Sanders had a baseball cap in his right hand, which he switched to his left as he turned back toward the door, the video shows. As he was turning, his now-free right hand went behind his right hip, and gunfire erupted.

Jones said it was Hinkle alone who initially fired.

At nearly the same time, Sanders raised his right hand and went to the ground, face up. He flailed, and his right hand may have shifted behind his back briefly, prompting a new round of commands: “Hands!”

Gunfire erupted again, almost exactly as Sanders raised his hands over his head on the ground. This time Hinkle and Ronan fired rounds, James said. Sanders’ screams can be heard.

From the perspective of one of the two opening fire, it appears that Sanders rolls over on his belly as rounds continue to explode.

After the sound of gunfire stops, Sanders repeated, in obvious pain, “I’m down.”

He was taken to a hospital, where he was pronounced dead, police said.

James, the attorney, said there are important factors that will demonstrate the officers’ innocence, including their familiarity with Sanders as a reported source of trouble known to carry a gun who had misdemeanor and felony allegations pending at the time.

Ronan had been at the location the previous night based on a report that a man with a gun entered the home, James said. And Hinkle had been there within 10 days of the December shooting based on a report of a violation of a protective order.

James said officers were expecting the worst that night — that they weren’t there for a “noise complaint.”

He also asserted that, given Sanders’ movements after he exited the home, including moving one hand out of view of officers and moving to the side of a refrigerator or a freezer out of view, the officers had a choice of anticipating that he would be gunning for their lives and responding with deadly force or letting him continue to move, find a weapon and raise it and then reacting.

James argued that, once a gun is confirmed and aimed their way, it’s too late for police to react effectively. He maintained they had to shoot or risk their lives.

Sanders didn’t have a gun. James said one was found inside the residence, near the door.

Last year, Ronan was cleared of wrongdoing by the Comanche County district attorney after he fatally shot a man, Zonterious Johnson, who was alleged to have raised a gun in the direction of Ronan, who was on duty, outside an occupied lounge targeted for a 3:30 a.m. “compliance check” on Jan. 17.

Sanders’ relatives have hired noted civil rights attorney Lee Merritt, who said Saturday on Instagram, “I can’t find a single redeemable factor that mitigates any aspect of this shooting.”

“It was just murder,” he said. “There was no justification.”

“My thoughts and prayers go out to the parents and those in our community who lost a loved one in Quadry Sanders,” he said. “Although this decision and the releasing of information that followed may provide clarity to this tragic incident, it does not come without impacting one’s stages of grief and mourning of a lost loved one.”

The former officers were scheduled to be in court Aug. 1 for their preliminary hearings.

How A.I. Could Identify Workplace Issues Before They Become Problems

‘Blood moon’ puts on lunar display across parts of Americas, Europe and Africa