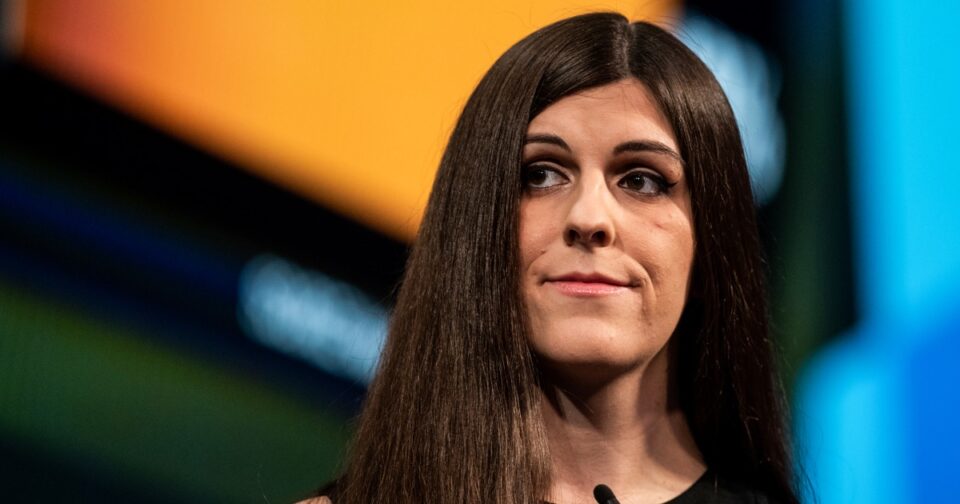 Democratic Del. Danica Roem, who made history as an openly transgender candidate in her initial bid for state office, announced Monday she is jumping into a 2023 race for an open northern Virginia state Senate seat.

In an interview, Roem said she did not expect a primary challenger in her bid to represent the competitive, newly redrawn 30th Senate District, which encompasses part of Prince William County and the cities of Manassas and Manassas Park, partly overlapping with Roem’s current district.

Roem’s mix of legislative experience, fundraising ability and her national profile will make her a formidable candidate in a year when Democrats will be looking to defend or expand their 21-19 Senate majority. So far only one Republican, former Manassas city council member Ian Lovejoy, has gotten in the race.

With the news, the 37-year-old former journalist became the latest candidate to firm up plans for next year, when every seat in the House and Senate will be on the ballot. Thanks to last year’s redistricting process, the election cycle could result in a significant reshuffling the General Assembly’s membership.

Lawmakers must live in the district they represent, and the new lines were drawn without concern for incumbents’ addresses. The result was some lawmakers being doubled or tripled in a single district while other districts were left open.

Roem said she recently moved to an address that’s in both her current House district, as well as the 30th Senate District. An analysis by the nonpartisan Virginia Public Access Project shows the new 30th has leaned Democratic in recent years but Republican Virginia Gov. Glenn Youngkin lost it by less than four points last fall.

A former reporter who covered the region before running to represent it, Roem has made local transportation issues and expanding access to school meals a focus of her time in office and said Monday she would continue doing so.

“My slogan this campaign is ‘fixing roads, feeding kids,’” she said.

Roem also said she would continue to advocate for LGBTQ rights, emphasizing in a video announcing her candidacy a wave of legislation in Republican-controlled states focused on LGBTQ youth.

Roem became the only openly transgender state legislator in the U.S. in 2018 and the first to both get elected and take office after defeating one of Virginia’s longest serving and most socially conservative lawmakers.

In her announcement, Roem acknowledged a pending lawsuit from a Democratic activist that seeks to force new House elections this year. The lawsuit argues that because last year’s House elections were held under old legislative boundaries because of pandemic-related delays in census results, members should run again sooner under the new lines.

Asked whether she thought delegates should have to run again this year, Roem said only that she would be “ready either way” and would seek re-election in the fall if the judge orders elections.

US Drug Overdose Deaths Top 100,000 for the First Time