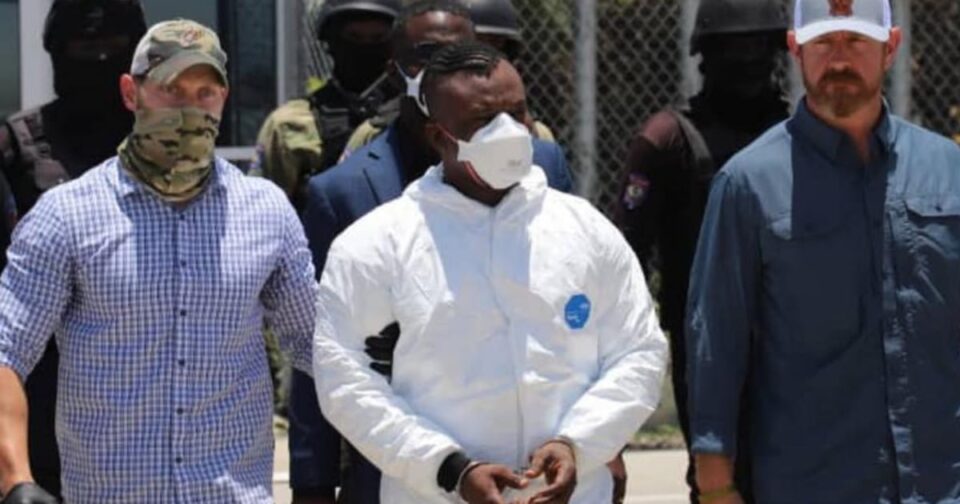 WASHINGTON — The man accused of leading a notorious Haitian gang was charged Tuesday with orchestrating the kidnapping of 17 members of a U.S.-based missionary organization last year.

Joly Germine, 29, was indicted by a federal grand jury, accused of directing and controlling the operation, including the 400 Mawozo gang’s ransom demands. The Haitian government transferred Germine to U.S. custody last week, and he has been detained in Washington, D.C., federal authorities said.

The missionaries from the Ohio-based Christian Aid Ministries — 16 Americans and a Canadian — went to Haiti last year to help rebuild roads, restore houses and install water systems after a disastrous earthquake in August. After they left an orphanage outside the capital, Port-au-Prince, in October, they were captured by armed gang members, taken to a small house and moved several times.

The gang demanded payment of $1 million for each hostage.

Two hostages were released in November, and three more were freed the following month. The remaining 12 managed to escape the week before Christmas. They walked 10 miles before they found someone who assisted them in calling for help.

Matthew Graves, the U.S. attorney for the District of Columbia, called the indictment “a step towards achieving justice for the victims who were volunteering their services in Haiti when they were kidnapped and held for weeks on end.”

Federal charging documents said Germine was in a prison in Haiti at the time of the kidnapping but nonetheless “directed and asserted control” of the operation, including negotiating for ransom. One of the gang’s goals was to force the Haitian government to release him, the indictment said.

Germine was scheduled to appear in federal court Wednesday to formally face the charges, the first to be filed by the U.S. in connection with the kidnapping.

Elon Musk can mock NFTs — but the internet will get the last laugh.

The Golden State Warriors have weaponized their continuity