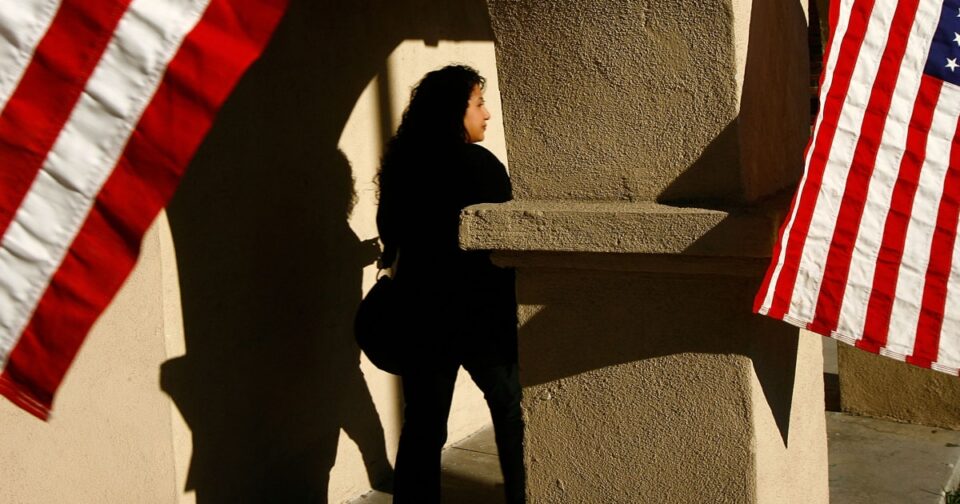 Latinos looking to mobilize the largest ethnic voting group in California around key progressive issues are raising the alarm over the lack of campaign outreach to a critical voting bloc.

The Latino Community Foundation, a nonprofit running one of the largest campaigns to engage Latino voters in California, partnered with the Latino-owned polling and analytics firm BSP Research to conduct a new statewide poll of 1,200 Latino voters ahead of the midterm elections in November.

Latino voters will likely make a difference in competitive races across California, particularly in the San Joaquin Valley region and Orange County, Jacqueline Martinez Garcel, CEO of the Latino Community Foundation, said to NBC News in an interview ahead of the poll’s release.

“A lot of these areas are predominantly Latino. We have concerns over representation,” Martinez Garcel said.

Counties in the San Joaquin Valley, where a majority of voters are Latino, may be more likely to lean Democrat, according to Cook Political Report. But districts in this area can potentially be flipped due to substantial Republican turnout.

Four out of the six congressional races in Orange County are considered competitive, with leads evenly divided between Democrats and Republicans, according to Cook Political Report.

“These voters are anxious about the economy and its effect on their families and livelihood,” Martinez Garcel said.

Sen. Alex Padilla, D-Calif., will appear on the primary ballot on June 7 for the first time since being appointed by Gov. Gavin Newsom to fill the vacancy left behind by Vice President Kamala Harris earlier this year.

Padilla, California’s first Latino senator, is in a unique position since his name will appear twice on the ballot partly due to a state law approved last year preventing him from finishing Harris’ term as an appointed senator.

On the same primary, Padilla appears as a candidate to both finish Harris’ term through January 2023 and embark on a new six-year term afterward.

Forty-eight percent of the Latinos surveyed by BSP Research on behalf of the Latino Community Foundation said they would vote for Padilla in November’s midterm election, while 18 percent said they would favor a Republican challenger. However, more than a third (34 percent) said they were still undecided.

If Democrats plan to use President Joe Biden’s domestic agenda as the basis to engage Latino voters in California, they face a considerable challenge — most Latinos report not knowing much about his American Rescue Plan for Covid-19 relief and the Bipartisan Infrastructure Law.

Nearly half of the Latinos surveyed (48 percent) reported hearing little to nothing about $1.9 trillion American Rescue Plan to advance the Covid-19 recovery and the economy.

More than half of the Latinos surveyed (57 percent) said they knew little to nothing about the infrastructure plan passed in November — directing billions of dollars toward new construction of roads, bridges, airports and seaports. It will also expand the availability of broadband internet, replace lead pipes and build electric vehicle charging stations.

Latinos surveyed cited the rising cost of living, the economy and housing as the top three issues they want elected officials to address. Most of them also voiced support for progressive policy solutions on issues around housing, climate change, immigration and childcare, according to the poll.

“More must be done to engage our communities on the issues closest to their hearts and their pocketbooks,” Martinez Garcel said.

The number of Latinos who have yet to connect the dots between their policy positions and legislation is concerning, Martinez Garcel said.

“Candidates need to listen to their concerns and make the effort to connect those dots,” she added. “If not, people will continue to lose faith in our democracy.”

Many cities are putting hopes in violence interrupters, but few understand their challenges

The Main Benefits of SEO Content Writing for New Businesses