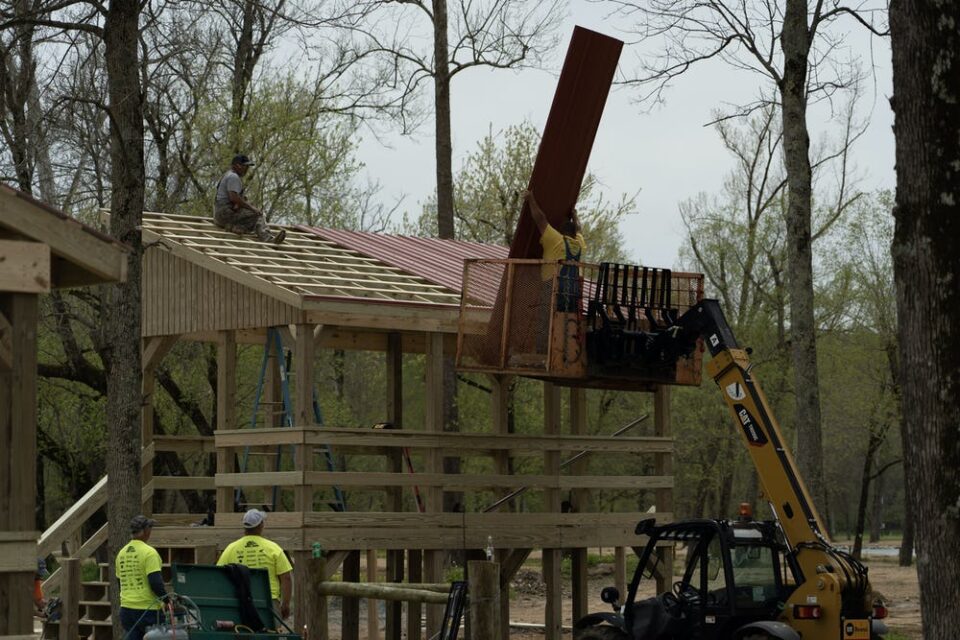 In April, MX Sports announced “Operation Ranch Rebuild” for Tennessee’s famed Loretta Lynn’s Ranch following the tragic floods from late August 2021. The motocross industry had just celebrated its 40th anniversary at the home of country legend Loretta Lynn in Hurricane Mills, Tennessee, located a mere seven miles from the small town of Waverly, Tennessee. The town always welcomed our sport for our week-long moto vacation each and every year since 1982. When the town awoke to severe weather shortly after the 2021 Monster Energy AMA Amateur National Motocross Championship at Loretta Lynn’s Ranch, 17 total inches of rain fell on the town, leading to an unprecedented, tragic day for the citizens of Waverly, marked by severe flooding that left a path of death, injury and destruction, unwitnessed before in the history of central Tennessee. Following the horrific flooding, MX Sports introduced the Racers 4 Waverly program, which raised money that would be given directly to help those impacted in Waverly, Tennessee. For three generations of racers and their families, for a couple of weeks each summer, Loretta Lynn’s Ranch became something of a second home, a special place where childhood dreams came to life. Many of the town’s residents have worked at the event in nearly every capacity possible, so MX Sports placed the Racers 4 Waverly as a Call to Action for the industry to join in a charitable fundraising program to support the community of Waverly. MX Sports teamed up with our sport’s official charity, The Road 2 Recovery Foundation. The key with the Racers 4 Waverly was that when it was created, every single cent went back into the town of Waverly to help the residents. As of May 10, 2022, the Racers 4 Waverly initiative has donated a total of $348,757 directly into the town.

Last month, several industry members from MX Sports, several different OEM brands and teams went to Waverly, Tennessee, to help rebuild the track and facilities at the Ranch on their own time, ahead of the 2022 Monster Energy AMA Amateur National Motocross Championship on August 1-6. David Eller of the Phoenix Honda Racing team made significant contributions through his construction company, Mackson Construction.

Watch the full video on the rebuild.