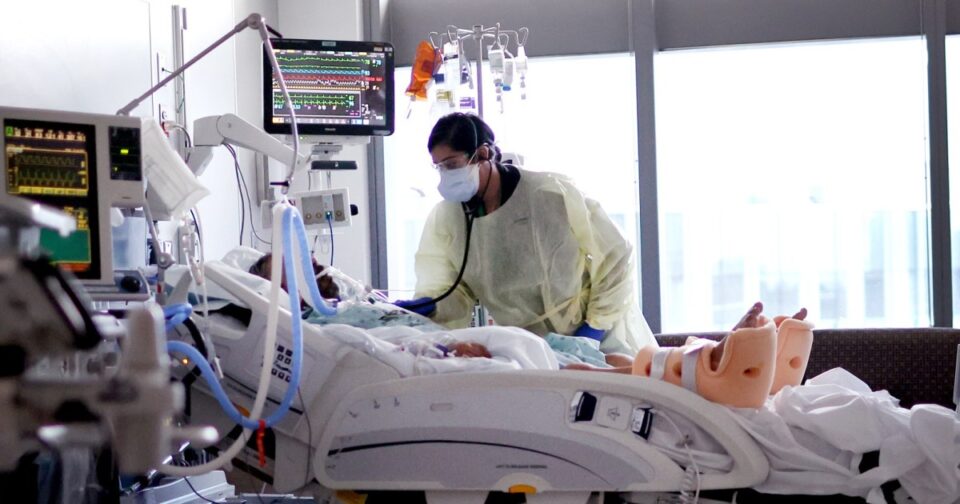 Americans must not “grow numb” to the sorrow of the coronavirus pandemic, President Joe Biden said Thursday, as he marked 1 million Covid-19 deaths in the United States.

Biden urged the country to remain vigilant as he prepared to issue a proclamation ordering flags to be flown at half-staff in honor of those who lost their lives due to Covid — and as he prepared to co-host a global summit charting the next steps in tackling the pandemic.

“One million empty chairs around the dinner table. Each an irreplaceable loss. Each leaving behind a family, a community, and a nation forever changed because of this pandemic,” Biden said in a statement published by the White House early Thursday morning.

The president said he and his wife, first lady Jill Biden, were praying for those who are grieving, adding: “I know the pain of that black hole in your heart. It is unrelenting. But I also know the ones you love are never truly gone. They will always be with you.”

Biden said that as a nation, Americans “must not grow numb to such sorrow.”

“To heal, we must remember,” he said.

“We must remain vigilant against this pandemic and do everything we can to save as many lives as possible, as we have with more testing, vaccines, and treatments than ever before.”

The president added that it was critical for Congress to sustain resources for combating the spread of Covid-19 over the coming months.

Biden’s comments came ahead of a global summit on Thursday focused on bringing an end to the Covid-19 crisis and planning for future crises.

The virtual summit will be co-chaired by the U.S., along with Germany, which currently holds the G7 presidency, and G20 president Indonesia, as well as with African Union chair Senegal and Belize, as CARICOM chair, the White House said in a statement earlier this week.

According to data compiled by NBC News, the U.S. passed the 1 million mark earlier this month, reaching a number equivalent to the population size of San Jose, California, the 10th largest city in the U.S. As of Wednesday, Covid-19 deaths in the U.S. had reached 1,002,848, the data showed.

Deaths from Covid have slowed in recent weeks, but as of Wednesday, an average of 481 people were dying on a daily basis, representing a two-week increase of roughly 41 percent, according to an analysis by NBC News.

In an interview earlier this month, Dr. Christopher Murray, who heads the Institute for Health Metrics and Evaluation at the University of Washington School of Medicine, told NBC News that “the fact that so many have died is still appalling.”

And, he noted, the death toll will only continue to grow in the days ahead.

“This is far from over,” Murray said.

The GOP is trying to hide on abortion. That’s the wrong approach.