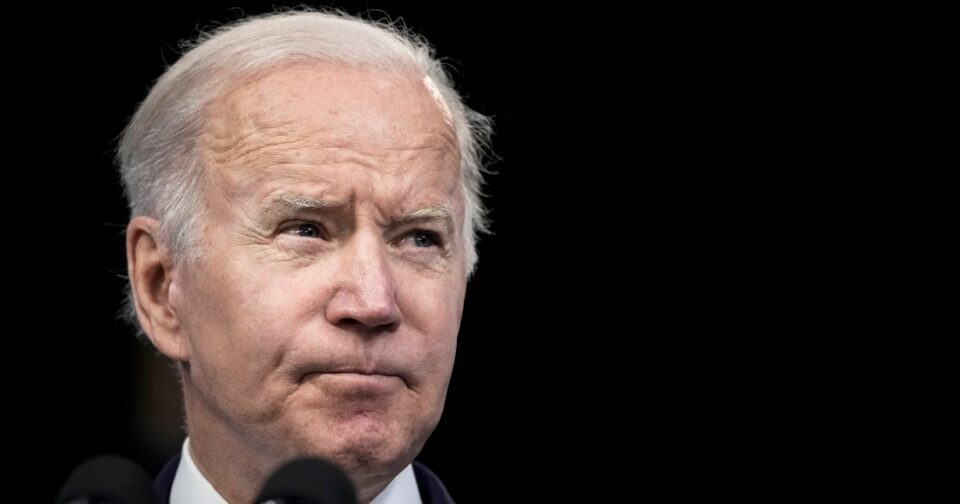 WASHINGTON — President Joe Biden urged world leaders Thursday to do more in the global fight against Covid as the White House struggles to secure additional funding for U.S. efforts at home and abroad.

Biden made the request at the White House’s second virtual Covid summit, where U.S. officials are focused on expanding vaccinations and booster shots, improving access to tests and treatments and preventing future pandemics, a senior administration official said.

“I encourage every leader to ask yourself, what more can I do? How can we work more closely together to help more people? How can we save more lives?” Biden said in pre-recorded remarks.

The U.S. surpassed 1 million Covid deaths on Wednesday, with the president urging Americans not to “grow numb” and to “remain vigilant” against the pandemic in a statement released by the White House. Biden ordered federal flags to be flown at half staff to mark the grim milestone.

“Now is the time for us to act, all of us together. We all must do more, we must honor those we have lost by doing everything we can to prevent as many deaths as possible,” Biden said in his remarks. “Today, we’re at a new stage in fighting this pandemic. Facing an evolving set of challenges.”

The Biden administration is searching for a way to get enough congressional support for more domestic and overseas funding to fight the pandemic.

The White House requested $22 billion from Congress in March as part of a wider spending bill, but the money was stripped out over opposition from Republicans and some Democrats. Last month, lawmakers appeared to reach a deal on $10 billion in Covid funding that no longer included $5 billion for overseas efforts to fight the virus, but the legislation has stalled.

“I continue to call on Congress here at home to take the urgent action to provide emergency COVID-19 funding that is vital to protect Americans, to make sure that we maintain our supplies of COVID-19 tests, treatments and vaccines, including next generation vaccines that are being developed,” Biden said.

The White House has warned that without additional funding, it will have to cut programs that help countries administer vaccinations, leaving unvaccinated populations that could increase the risk that new variants will emerge.

Even before the funding ran low, the U.S. was struggling to get hundreds of millions of already purchased shots into the arms of those who need them overseas.

The U.S. committed last year to share 1.2 billion vaccine doses with other countries. So far, it has shipped only about half that number because of logistical issues around refrigeration capacity, a shortage of vaccinators and a lack of demand in some countries.

“Freezers are simply full, and we have tens of millions of unclaimed doses because countries lack the resources to build out their cold chains, which basically is the refrigeration systems, to fight disinformation and to hire vaccinators,” White House press secretary Jen Psaki said this week in previewing the summit.

Still, Psaki said, the amount the U.S. has already shared is four times more than that of any other country.

Other countries participating in Thursday’s summit are expected to announce $3.1 billion in additional commitments, a senior administration official said. At the summit, the U.S. is pledging $200 million to the global health security and pandemic preparedness fund at the World Bank, said the official.

The meeting is co-hosted by Belize, Germany, Indonesia and Senegal, with officials from more than a dozen other countries expected to join, the White House said. Officials from China and Russia, two of the other major suppliers of vaccines, will not be participating.

More than 5.6 billion people have received at least one dose of a Covid vaccine, about 66 percent of the world’s population. But large parts of the populations of many countries across Africa, the Middle East and Eastern Europe are unvaccinated, according to figures from the Our World in Data project of the Global Change Data Lab, affiliated with the University of Oxford.

Globally, there have been 6.3 million Covid deaths, according to the World Health Organization.

Shannon Pettypiece is the senior White House reporter for NBCNews.com.