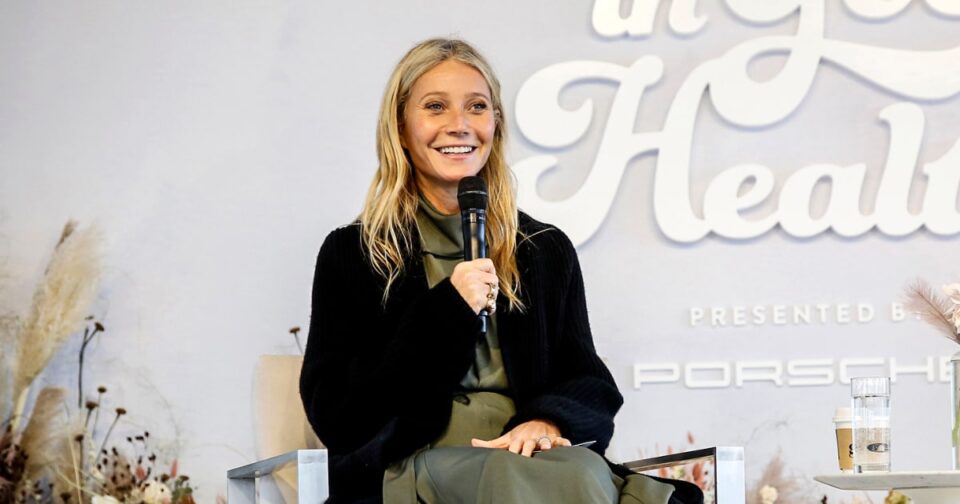 Quite a few people seemed to be stunned Wednesday when Goop, Gwyneth Paltrow’s wellness brand known for its outlandish and expensive luxury products, posted that it was planning to sell a high-end disposable baby diaper.

“Meet The Diapér,” the Instagram post reads. “Our new disposable diaper lined with virgin alpaca wool and fastened with amber gemstones, known for their ancient emotional-cleansing properties. Infused with a scent of jasmine and bergamot for a revitalized baby. Dropping tomorrow at 11a.m. EST at $120 for a pack of 12.”

But on Wednesday evening, Goop revealed it was all a PR stunt.

“Goop launched a luxury disposable diaper at $120 for a pack of 12 and there was a lot of outrage. Good,” Paltrow says in a video that was uploaded to Goop’s Instagram page just hours after the fake product was. “It was designed to piss us off. Because if treating diapers like a luxury makes you mad, so should taxing them like a luxury. The Diapér is a fake product meant to shine a light on a real problem.”

Posting the fake product was meant to raise awareness about how much diapers cost and to help raise money for Baby2Baby, a nonprofit diaper bank and child services organization that provides essential items to children in need nationwide.

“Despite the absolute necessity of diapers, in 33 states, they aren’t treated as an essential item,” Goop wrote on its website. “They’re taxed as a luxury good. Depending on the state, this sales tax can add between 1.5 percent and 7 percent to their cost. (We priced our fictional Diapérs at $120, because that is what the diaper tax could cost families annually.)”

Paltrow, who is among the many celebrities who support Baby2Baby, said eliminating the diaper tax is “not a complete solution.” But, she said, “it could allow many families to pay for another month’s supply.”

Representatives for Baby2Baby did not immediately respond to requests for comment Wednesday. A spokesperson for Goop referred NBC News to the post on its website highlighting the initiative.

Vice’s Motherboard first reported the news Wednesday after many commented on Goop’s initial post that the product had to be a joke.

Some online speculated from the get-go that the “Diapér” could be a PR stunt, noting that Paltrow appeared on CBS on Mother’s Day to talk about the diaper tax and wrote an opinion piece for it headlined “Gwyneth Paltrow on the joys and stresses of motherhood.”

“I never had to think about the cost of diapers, never once, until recently when my team at Goop brought it up,” she wrote. “We were talking about the diaper tax.”

The “Diapér” stunt received mixed reactions, with many mistakenly perceiving it as real and others joking about how it is peak Goop to orchestrate something like this.

Goop, which Paltrow founded in 2008, has been criticized for its questionable wellness claims, including its advertisement that jade and quartz “eggs” can be used for vaginal health. In 2018, the company agreed to pay $145,000 in civil penalties in a California settlement because the claims were deemed “unsubstantiated.”

The Diapér is a fake product meant to shine a light on a real problem.

Before they learned it was a stunt, many online said the product was tone-deaf, given the nationwide baby formula shortage that has left many parents anxious.

In the post on its website, Goop wrote that people “can also make a donation to help Baby2Baby provide formula to the families they serve.”

“The nationwide formula shortage is a true emergency, and Baby2Baby is having formula made at a fraction of the retail cost and donating it to families throughout the US,” the article says.

Once the Diapér was revealed to be a stunt, one person remarked that it was “too on-the-nose to be read as satire.”

“ok so it’s a commentary on diapers being taxed as a luxury good, but i’d argue that it’s too on-the-nose to be read as satire,” the Twitter user wrote. “goop built a brand around luxury pseudo-wellness products and this just feels too *real*”

Saba Hamedy is the culture and trends editor for NBC News Digital.