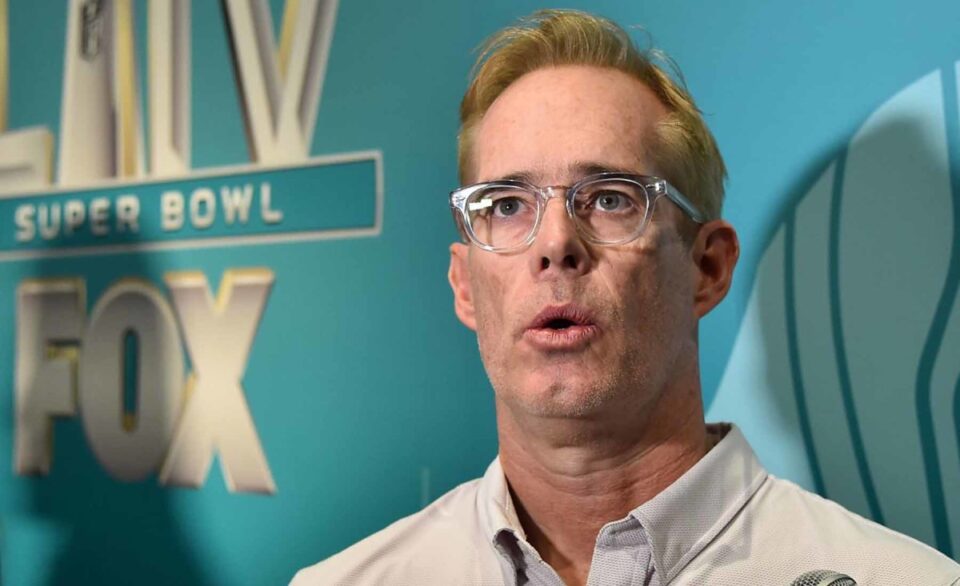 Joe Buck has major championship play-by-play on his resume, but the new Monday Night Football leading man is not a regular voice in golf.

Less than two years after his longtime employer basically forfeited its contractual right to televise the U.S. Open, sportscaster Joe Buck is back in the golf business. At a different major championship for a different network in an alternative format with a highly unlikely sidekick in a remote studio about 400 miles from the tournament site.

Welcome to the latest sports-programming version of potato chips in a can.

Buck’s recent leap from Fox Sports to ESPN had little or nothing to do with golf. The versatile anchor will be reportedly paid up to $75 million over the next five years to revive the sagging fortunes of “Monday Night Football.” He’ll call those games alongside Troy Aikman, his partner in NFL booths for the last two decades, a top-shelf analyst whom ESPN deemed worthy of $90 million over the same tenure.

For that kind of bread, you’d think the Worldwide Leader would toss Aikman into its coverage of the PGA Championship later this month, but the ex-Dallas Cowboys quarterback isn’t a golfer. As Buck himself told me at the 2015 U.S. Open, the first of five he handled for Fox: “Troy doesn’t have much interest in something he can’t [dominate].”

Buck, meanwhile, is a very good player, a low single-digit handicap who did a much better job calling those national championships than people gave him credit for. His first assignment with ESPN has him hosting a streaming option that will accompany all four rounds of the PGA — a show similar in style to the one popularized by Peyton and Eli Manning that ran adjacent to MNF telecasts last fall.

By the end of the calendar year, an overwhelming number of viewers (and critics) considered these “Manningcasts” more entertaining than the football games shown simultaneously on the parent network. Irreverent and purposefully unscripted, Peyton and Eli frequently invited guests onto the show, which led to lots of good-ol’-boy ribbing and laughs galore. The Week 7 show featuring Tom Brady was a priceless gem: perhaps the two greatest QBs in league history hurling half-hearted insults at each other, the commotion neatly complemented by Eli performing brilliantly in his role as the straight man.

The Manning megacast would generate the nine largest audiences in ESPN’s history of auxiliary programming. Granted, the record amounts to a big fish in a tiny pond, given the newness of such productions, but its quick-hit success practically forces network execs to ponder additional implementations of the format. Then again, the chemistry between Peyton and Eli will be difficult, if not impossible, to replicate.

Will golf fans prove receptive to an offbeat gabfest headlined by a football/baseball announcer (Buck) and the relatively obscure Michael Collins, a former PGA Tour caddie with minimal high-visibility TV experience? As the star of his own series on ESPN+ (“America’s Caddie”), Collins projects himself as a likeable sort who makes fun of his expansive waistline and talks trash to tour pros while engaging them in various contests on the golf course.

There are just 10 episodes to date, all of which resonate with a kid’s-show silliness and the instantly identifiable overtones of a guy trying too hard. Collins can be funny, but humor becomes a far more elusive commodity on live TV than in a rehearsed environment where you get unlimited takes to deliver the punchline. David Feherty is the only golf guy alive to perfect the art of both.

Buck’s decorated career includes just one notable blemish — an HBO talk show that aired three times in 2009 before it was cancelled. His agility and improvisational skills as a play-by-play announcer are without peer, his polish when describing the action in any sport beyond reproach.

As good as Buck has been, and for as long as he’s been good, his shortage of golf airtime deprives him of the encyclopedic recall possessed by veteran anchors Jim Nantz and Dan Hicks. Such knowledge is crucial when it comes to appeasing (or appealing to) the sharpest audience in sports in a broadcast that lasts several hours. By pairing Collins with Buck on a live stream that will be appear on the main network at various times throughout the week, ESPN appears vulnerable to staging what many educated golf fans will dismiss as a novelty act.

Such dumbing-down of the product, especially at a major championship, is unlikely to succeed on any level. The game’s viewing constituency is neither easily amused nor impressed. It demands quality, consistency and impartial insight, owing to the fact that many of the folks who tune in to watch big tournaments played 18 holes themselves earlier that day. Some of them hit a dozen shots every bit as good as those shown on the afternoon telecast.

In its never-ending attempt to reclaim a broader portion of the American mainstream, ESPN’s interest in golf has come and gone over the years. It has a habit of devoting more attention to Tiger Woods than all the other tour pros combined. Scott Van Pelt and Andy North represent the only valid “golf personnel” among the scores of smiling/scowling faces who appear on camera every week.

Stephen A. Smith, whose volatile on-air presence and endless collection of opinions have made him the network’s biggest star, really doesn’t dabble in the little white ball. None of the morning-talk options offer more than a cursory glance at our game, more often than not when the Worldwide Leader owns the TV rights to the early rounds of big events.

The PGA Championship is one of them. ESPN’s search for bold, outside-the-box programming is worth noting, even applauding, but in the wild frontier known as alternative TV, a risk is only as healthy as the rationale behind it. Buck and Collins have their work cut out for them. When breaking the news of this project last week, the New York Post reported, “The show plans to book A-list guests.” They might start with a call to Peyton and Eli. A little chemistry can go a long way.

Agree? Disagree? Tell us at editor@morningread.com and we may publish your letter. And to receive all the latest news and commentary free in your inbox every morning, sign up here.

India open to exporting wheat to needy nations despite ban

He thought he was logging in to his cryptocurrency account. Then hackers stole his life savings.