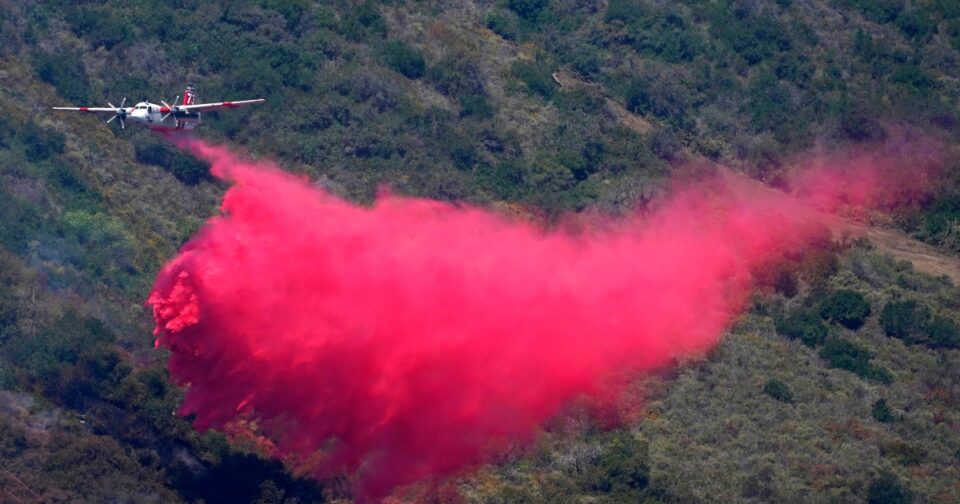 A wind-whipped wildfire that tore through a Southern California city, burning 31 homes and prompting a local state of emergency, signaled a dangerous start to the state’s fire season, the local fire chief said Thursday.

“This is a fire that was driven by winds that happen up here every day,” he said. “Humidities were 70 percent or better. This was a normal day. Yet we burned 200 acres very quickly and lost 24 homes. That is not something that we see ever.”

“It is a dangerous new normal,” he added.

About 900 homes were under evacuation orders Thursday afternoon and 550 firefighters were working to contain the blaze in and around Laguna Niguel in Orange County, about 50 miles south of Los Angeles, local fire officials said.

Twenty homes were destroyed, and 11 others were damaged, said Shane Sherwood, an Orange County Fire Authority incident commander. Two firefighters were injured, and 15 percent of the fire had been surrounded by control lines, he said.

Local officials declared a state of emergency earlier Thursday, freeing up resources and assistance for residents.

The cause of the fire, which broke out Wednesday afternoon in Aliso Woods Canyon — an area Fennessy described as “extremely steep” and dry — remains under investigation.

A local power company, Southern California Edison, told regulators that it detected “circuit activity occurring close in time to the reported time of the fire,” a company spokesman said in an email.

Power companies have been blamed for some of the state’s deadliest wildfires — Pacific Gas and Electric in Northern California pleaded guilty to 84 counts of manslaughter in 2018’s Camp Fire. It wasn’t immediately clear whether the electrical activity was linked to the Orange County blaze.

Fennessy said the fire was part of trend in California and other Western states that appeared to be fueled by climate change and the hotter, drier conditions it has produced.

“We’re seeing fires spread in ways that we haven’t [before], at least in the 44 years that I’ve been a firefighter,” he said.

Experienced local fire officials were once able to predict fire behavior in the region, Fennessy added. But that is no longer the case.

“What we’re seeing today is exceeding any of our personal fire behavior predictions,” he said.

Miguel Almaguer is an NBC News correspondent is based in Burbank, California.