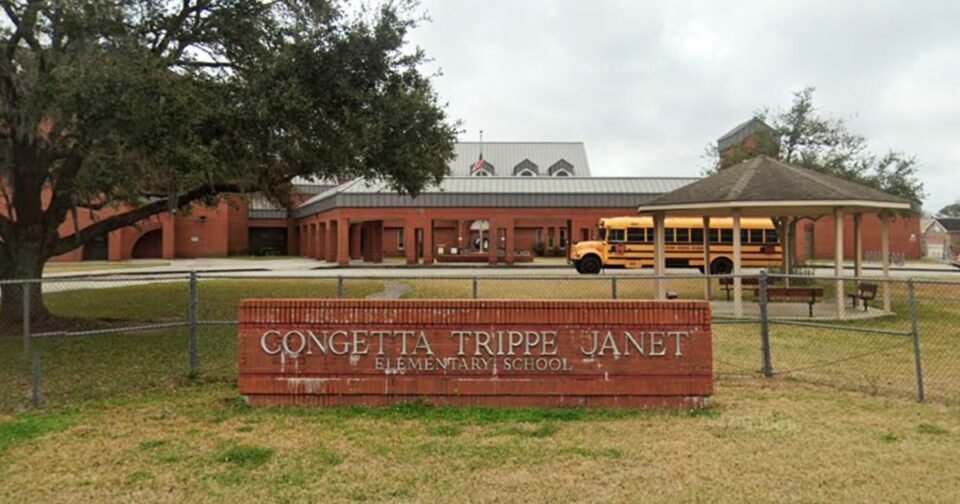 A 10-year-old disabled boy feared for his life when a Louisiana sheriff’s deputy put him in a chokehold last year after responding to a school where he was in emotional distress, according to a federal lawsuit filed by the child’s parents.

Ashley Hutchinson-Harper and Terry Harper, the boy’s parents, allege the actions by responding deputies with the Jefferson Parish Sheriff’s Office on May 13, 2021, led to violations of the child’s civil rights including failing to abide by the Americans with Disabilities Act.

Like the sheriff’s office, the Jefferson Parish School Board is also named as a defendant in the suit filed Monday in U.S. District Court for the Eastern District of Louisiana.

A representative with the school district, and the president of the school board, declined comment Thursday citing the pending litigation. No one with the sheriff’s office was immediately reached.

The boy, who was only identified in the lawsuit by initials, had been diagnosed with Attention Deficit Hyperactivity Disorder, commonly called ADHD and Oppositional Defiant Disorder, or ODD, the suit said.

ODD is described by the Mayo Clinic as a frequent and persistent pattern of anger, irritability, arguing, defiance or vindictiveness by children toward authority figures.

Because of his disabilities, the fifth grader was on an individualized education plan, the suit said.

Sheriff’s deputies were called multiple times to the Congetta Trippe Janet Elementary School in Marrero because the boy had hit his principal, threw a trash can through a window and wandered on and off the school’s campus, the lawsuit said.

Once deputies arrived and found the child, they did not try to de-escalate the situation or talk to appropriate school personnel about why the boy was distraught, the suit said.

Instead, Sgt. Steven Trapani, grabbed the 95-pound child by the arm and pulled it behind his back. The boy was 4-feet-5-inches tall during the alleged incident, the suit said.

Trapani then “placed him in a chokehold” and pulled him “to the ground,” according to the lawsuit.

The child was dragged on the ground while still in the chokehold, the suit said, causing him to be “fearful for his life.”

Trapani was not reached Thursday.

The American Civil Liberties Union of Louisiana and the Tulane’s Civil Rights and Federal Practice Clinic are representing the child’s parents in the lawsuit.

The child is identified as Black in both a statement by the ACLU of Louisiana about the case and in the lawsuit.

The organization said instead of helping the boy calm down, who had just been bullied and was upset about it, school personnel called 911. The situation then continued to spiral once sheriff’s deputies arrived at the school, the group said.

The lawsuit seeks unspecified damages and a ban on excessive use of physical restraints and handcuffing students with disabilities.

All charges against the child were dismissed, the suit said.