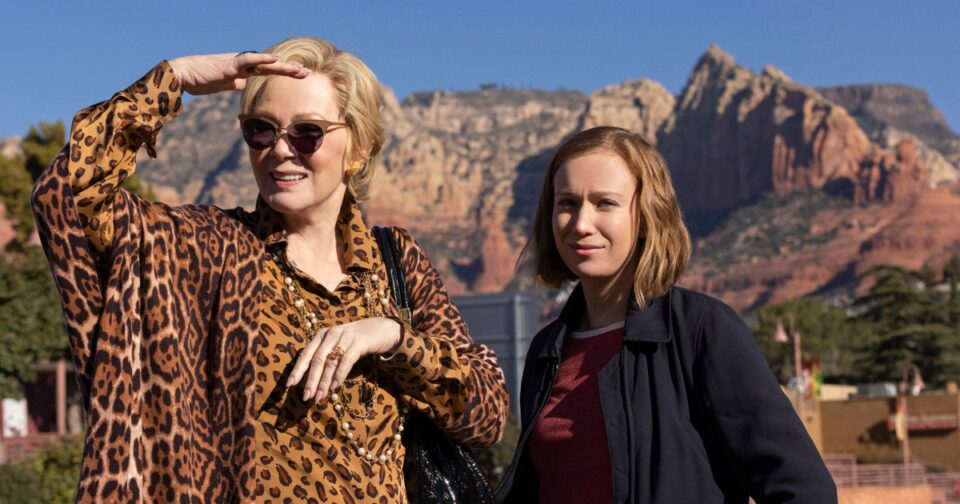 In season two of “Hacks,” comedy legend Deborah Vance takes a break from Las Vegas to test out new material on the road, with help from her writer, Ava.

But to quote “Hacks” co-creator Paul W. Downs, “you can take the girl out of Vegas, but you cannot take the Vegas out of the girl.”

Meaning Deborah (played by Jean Smart) and Ava (played by Hannah Einbinder) will not be far from the drama they left behind in Sin City.

Quite the opposite, in fact. The second season, which debuted on HBO Max on Thursday, picks up right where season one left off — Deborah and Ava have just reconnected and are in a good place. Except for the fact that Ava regrettably sent an email blasting her boss to a Los Angeles showrunner (who needed material about a terrible boss) and Deborah doesn’t know about it yet.

“Something we talked a lot about as we were writing this season is the idea that conflict is intimacy. In our relationships, it’s not like a perfect straight line,” said co-creator Jen Statsky.

“People backslide and things happen, intimacy is what happens when you actually deal with it and confront it head on. That’s a big part of Deborah and Ava’s relationship this season two. Now that they have this massive conflict, how do they work through it and actually get closer and deepen their relationship because of it?”

Intimacy is what happens when you actually deal with it and confront it head on. That’s a big part of Deborah and Ava’s relationship this season.

The complex, layered relationship between Ava and Deborah is not something seen in many shows.

“They are two people of very different ages who are friends, who are kindred spirits,” Downs said. “They’re almost mother-daughter age, but don’t have that dynamic.”

“They are trying to be better people, but it’s not easy,” added co-creator Lucia Aniello.

This season, viewers will see a more vulnerable side to both Ava and Deborah.

“Deborah has a public persona that will be out there in a new way and that also brings a whole new set of challenges,” Aniello said. “She’s somebody who has a big ego and is aware of it. But it doesn’t mean if you’re self-aware, that stops you from misbehaving. She still has a long way to go in so many ways. Ava, at least this season, helps her navigate that in a way that’s good for the work and good for her as a person.”

Meanwhile, Ava is also on her own personal journey.

“She’s 25, she’s immature, she’s not perfect,” Einbinder said. “We’re watching her go through trouble in a way that’s super true to life for anyone that would be in her circumstances… So yeah, she can’t catch a break, but I hope this season she has sort of an upward trend.”

Regarding the email, Einbinder said while Deborah may never see the email, and there may never be a show with the contents from the email used, Ava feels the guilt. That in itself suggests growth.

“Ava knows she wrote that about Deborah, and she knows the truth, and that weighs on her. It’s her own internal conflict there.”

Saba Hamedy is the culture and trends editor for NBC News Digital.